Though it was announced that the shooting of KGF Chapter 2 is finished, there are speculations that a few bits of scenes are yet to be shot. The final patchworks are going on in full throttle, as the production house is planning to announce the release date soon. "The monster will only arrive when the hall is filled with gangsters. His new arrival date will be announced soon," Hombale Films tweeted a few days ago.

The crew of KGF Chapter 2 has completed a huge portion of the shooting in Hyderabad. CE has now learnt that the makers are getting ready to finish the pending patchwork by July third week. It is also rumoured that Yash will be back on the sets for the final schedule set to happen in Bengaluru.

Meanwhile, the team is elated with the teaser of KGF Chapter 2 garnering 200 million views on YouTube. "Thank you all for your overwhelming response (sic)," tweeted Yash. Prashanth Neel also took to Twitter and thanked fans. He wrote, "Thank you everyone for the thundering response!!! (sic)" 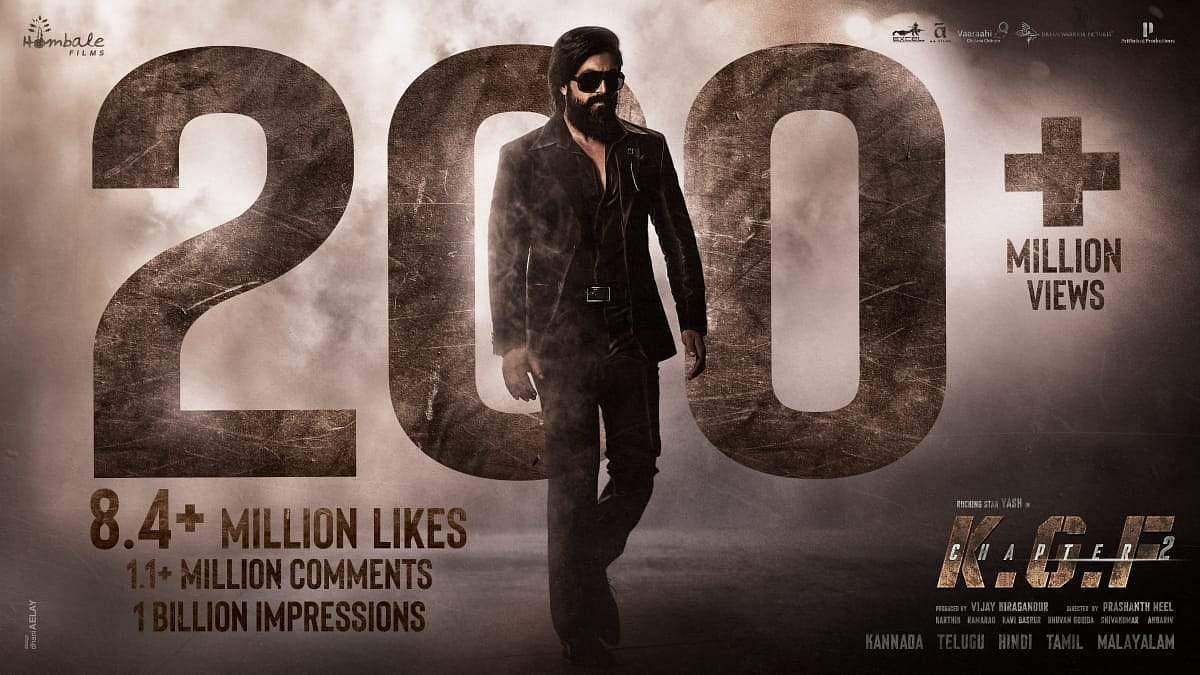 Directed by Prashanth Neel, KGF Chapter 2, one of the most anticipated films of the year, also stars Sanjay Dutt, Raveena Tandon, Anant Nag, and Prakash Raj, Srinidhi Shetty, Malavika Avinash, and Eswari Rao. The film, with Bhuvan Gowda's cinematography and Ravi Basrur's music, will be released in Kannada, Telugu, Hindi, Tamil, and Malayalam.