The title look of the most-anticipated Vaadivaasal is out today. The Suriya starrer, directed by Vetri Maaran, is bankrolled by Kalaipuli S Thanu under his V Creations banner.

Sharing the poster, Thanu wrote on Twitter,"A symbol that signifies our History and Bravery, I am extremely delighted and proud to present the Title look of #VaadiVaasal." 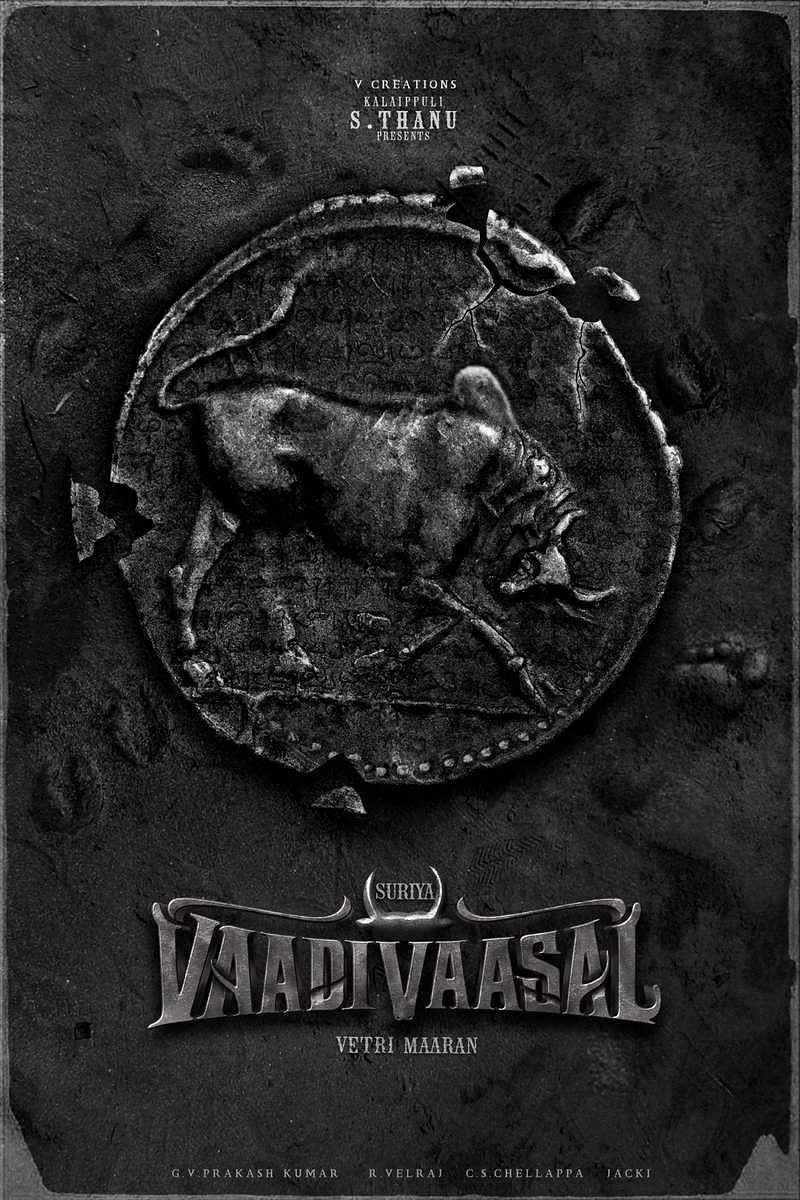 It may be recalled that the first look of the film featuring Suriya was launched last year, on his birthday. The makers are keeping the cast details of the project a secret.

The film is based on the novel of same name by late writer CS Chellappa. The story of the novel revolves around Picchi, a bull-tamer whose father was killed by the bull.

With music by GV Prakash, the film is expected to go on floors soon.

Suriya recently resumed his shoot for film with Pandiraj. He is also awaiting the release of his segment Guitar Kambi Mele Nindru, by Gautham Menon in Netflix's Navarasa.