Enable Javscript for better performance
Zack Snyder's Justice League to release as a movie, not as mini-series- Cinema express
ADVERTISEMENT

Zack Snyder's Justice League to be released as a movie, not as mini-series

Zack Snyder's upcoming director's cut of Justice League will be released as a movie and not a mini-series as earlier announced.

The first Justice League film, which came out in 2017, brought together popular DC superheroes Batman, Superman, Wonder Woman, the Flash, Aquaman, and Cyborg. However, the film's original director Snyder had to step away mid-production due to a family tragedy. Avengers director Joss Whedon was hired to finish the production, but the film met with negative reviews after its release.

Dejected fans took to social media and petitioned for years to get Zack Snyder's cut with the hashtag #ReleaseTheSnyderCut. The result of this campaign was Zack Snyder's Justice League​ which is now slated for release on HBO Max in April.

Snyder had stated in August 2020 that his cut will be released as a four-part miniseries. Now, Snyder has said that it will be a "one-shot" film that spans four hours. The filmmaker confirmed the same while replying to a fan query on social media site Vero. 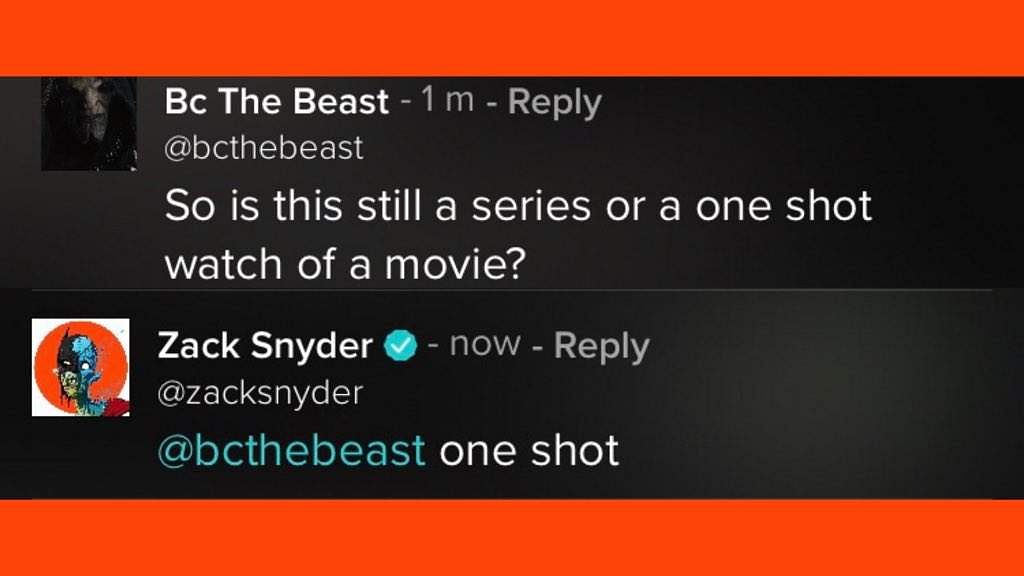 However, there is no confirmation from Warner Bros or HBO about the update.