The official poster of Pentagon, bankrolled by Guru Deshpande's G-Cinemas, was released by Upendra

We had previously announced that five directors would come together for the upcoming anthology Pentagon. Details on the directors of this new anthology, spearheaded by director-turned-producer Guru Deshpande, are now out.

It will be helmed by Guru himself; Badmaash and Shivaji Surathkal director Akash Srivatsa; Raghu Shivamogga, the director of Churikatte; Chandra Mohan of Double Engine fame; and debutant Kiran Kumar. 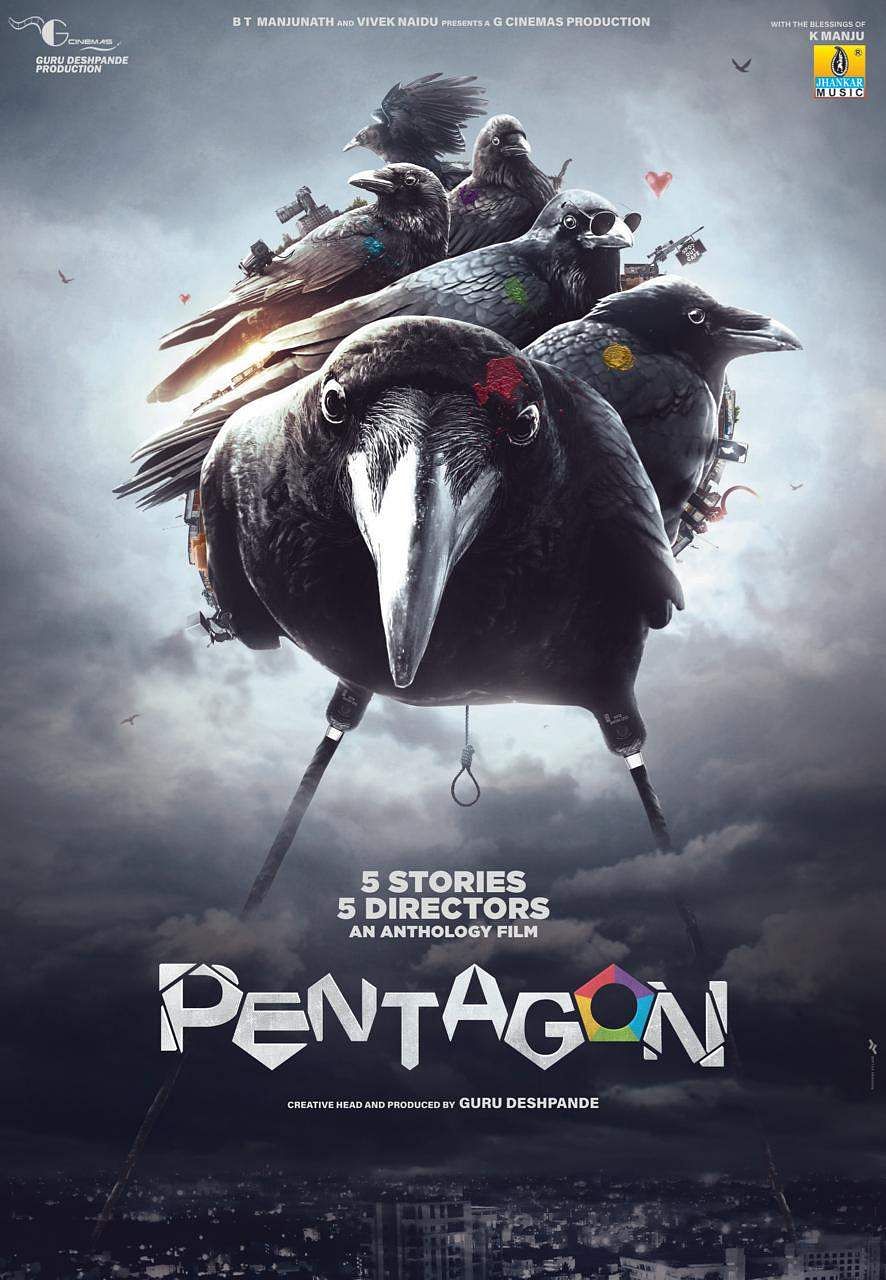 The poster of the project, which is now underway, was released by Real Star Upendra.

“The stories have a common theme even though all of them have their distinctive plots. However, only the theme connects them, the storylines do not converge,” says Guru Deshpande. “The shooting of three out of the five stories has already been completed in Bengaluru. We will be shifting to locations beyond Bengaluru for the next two stories in the next few days,” adds the director, who is producing the film under his home banner G Cinemas Productions.

The team plans to reveal details about the cast and crew who are part of Pentagon soon.