The makers, in an official statement, attributed the delay to the second wave of coronavirus

The makers of Valimai had earlier promised that the first-look poster of the film would be unveiled on May 1, which marks the 50th birthday of the film's lead actor Ajith Kumar. Now, in an official statement, they have said that the release of the first look is postponed.

The makers have attributed the delay to the second wave of coronavirus. "At this critical junction, Zee Studios and Bayview Projects, along with the artists and technicians of our film Valimai, have decided to postpone the first look release of our film to a later date." 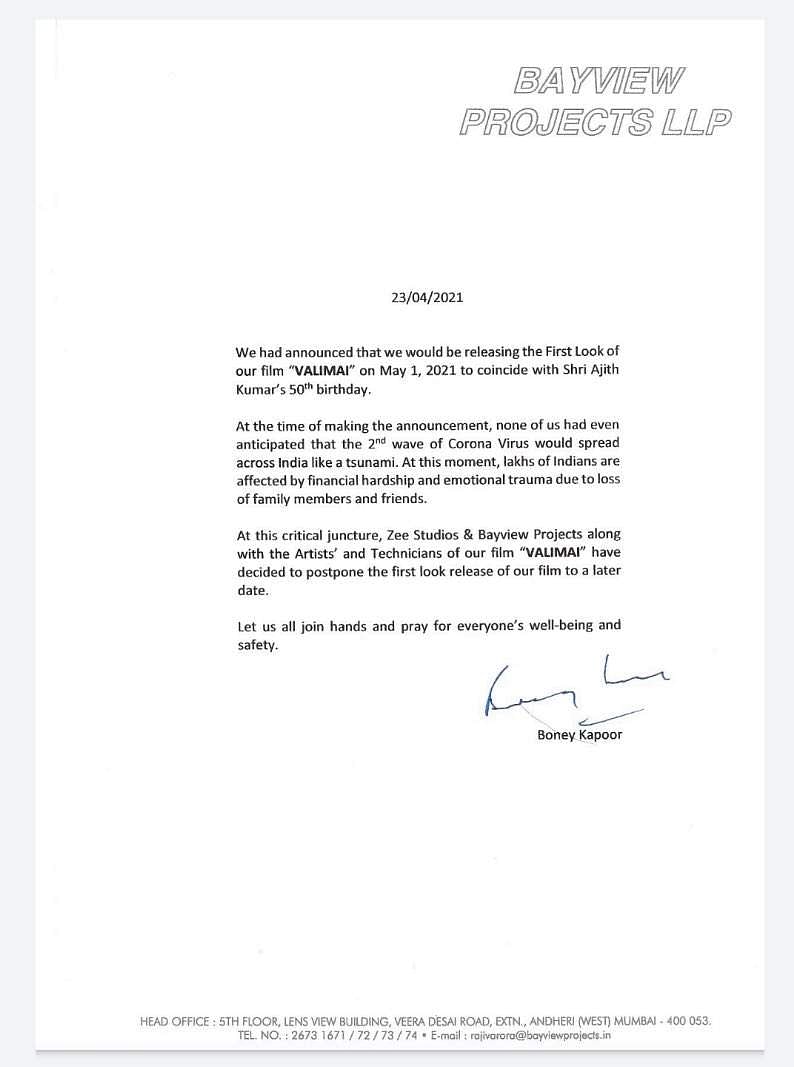 Valimai, directed by H Vinoth, also stars Huma Qureshi and Karthikeya. The film has music by Yuvan Shankar Raja and cinematography by Nirav Shah. It is expected to hit the screens later this year.