With music by Sam CS, the film has cinematography by Rajasekar and editing by Sabu Joseph

Arun Vijay's spy thriller with director Arivazhagan has been titled Borrder. The film, which was earlier referred to as AV 31, has Regina Cassandra and Stefy Patel playing the female leads.

The first look poster of Borrder features Arun Vijay's face embossed on the Indian map. The film will reportedly have themes that highlight patriotism and the dangers of terrorism. The action thriller has both Arun and Regina playing spies. 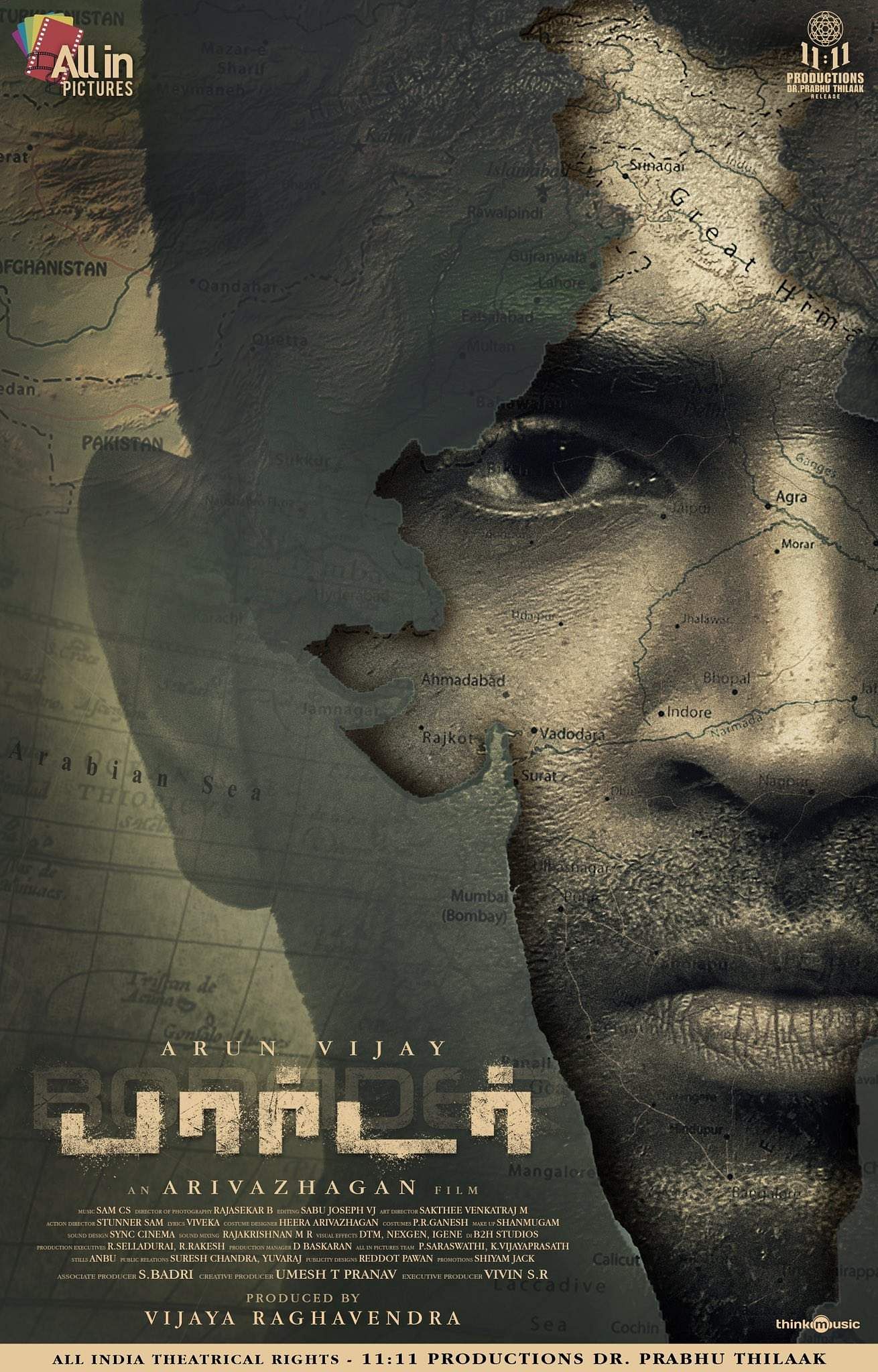 Arivazhagan, who has joined hands with Arun Vijay for the second time after Kuttram 23, shares that Borrder will be different from his previous films. "Kuttram 23 was a medical thriller, while Borrder is an out-and-out action thriller with intense stunts. It will be a film that is definitely worth watching on the big screens."

With music by Sam CS, the film has cinematography by Rajasekar and editing by Sabu Joseph.