Asha Bhat, who has won hearts with her Kannada debut Roberrt, is said to be in consideration for the female lead role in Upendra's Kabzaa. If things pan out this will be the next pan-Indian film for the Kannu Hodiyake actor, who made her Bollywood debut with Junglee.

According to the latest buzz, Asha has been approached by director R Chandru. Our source tells us the filmmaker, who has been scouting for a heroine to fit into the retro character he has sketched, has concluded his initial round of discussions with the actor. However, the makers are yet to confirm if Asha will be part of Kabzaa. 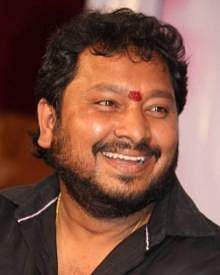 Meanwhile, the shooting of Kabzaa, which resumed on March 3, is going on in full swing. The team is currently shooting fight sequences, choreographed by Ravi Varma, on eight huge sets created by art director Shivakumar of KGF fame.

Set in the 90s, Kabzaa is a gangster drama. Backed by MTB Nagaraj and bankrolled by Siddheshwara Entertainers, it is being made with a huge budget.

The music of Kabzaa is scored by Ravi Basrur. AJ Shetty is cranking the camera for the film while Mahesh Reddy will be editing it.

The mass commercial entertainer will be out in seven languages — Kannada, Tamil, Telugu, Malayalam, Hindi, Marathi, and Bengali.