First look of Vijay Sethupathi's 800 out

The first look of the Muttiah Muralitharan biopic 800, starring Vijay Sethupathi, was released today. The poster features the actor wearing the test whites of the Sri Lankan cricket team. A motion poster has also been released.

Directed by MS Sripathy, 800 will be made primarily in Tamil. It will also be dubbed in all the South Indian languages, as well as Hindi, Bengali and Sinhalese.

In a show recently, the cricketer said, "Once the script was ready, Vijay Sethupathi was instantly thought to be the best fit for the role. Vijay Sethupathi is a very talented actor and will nail the bowling expressions in my biopic 800."

Speaking about Muralitharan, Vijay Sethupathi had said, "It's really nice to listen to his story and spend time with Murali sir. He is like a stamp; he makes a mark wherever he goes with his charming character and personality. I love his real-life because fans have seen him in matches on the field, but very few have got a chance to know Murali sir's personality off the field. He's such a beautiful person and his story needs to be told." 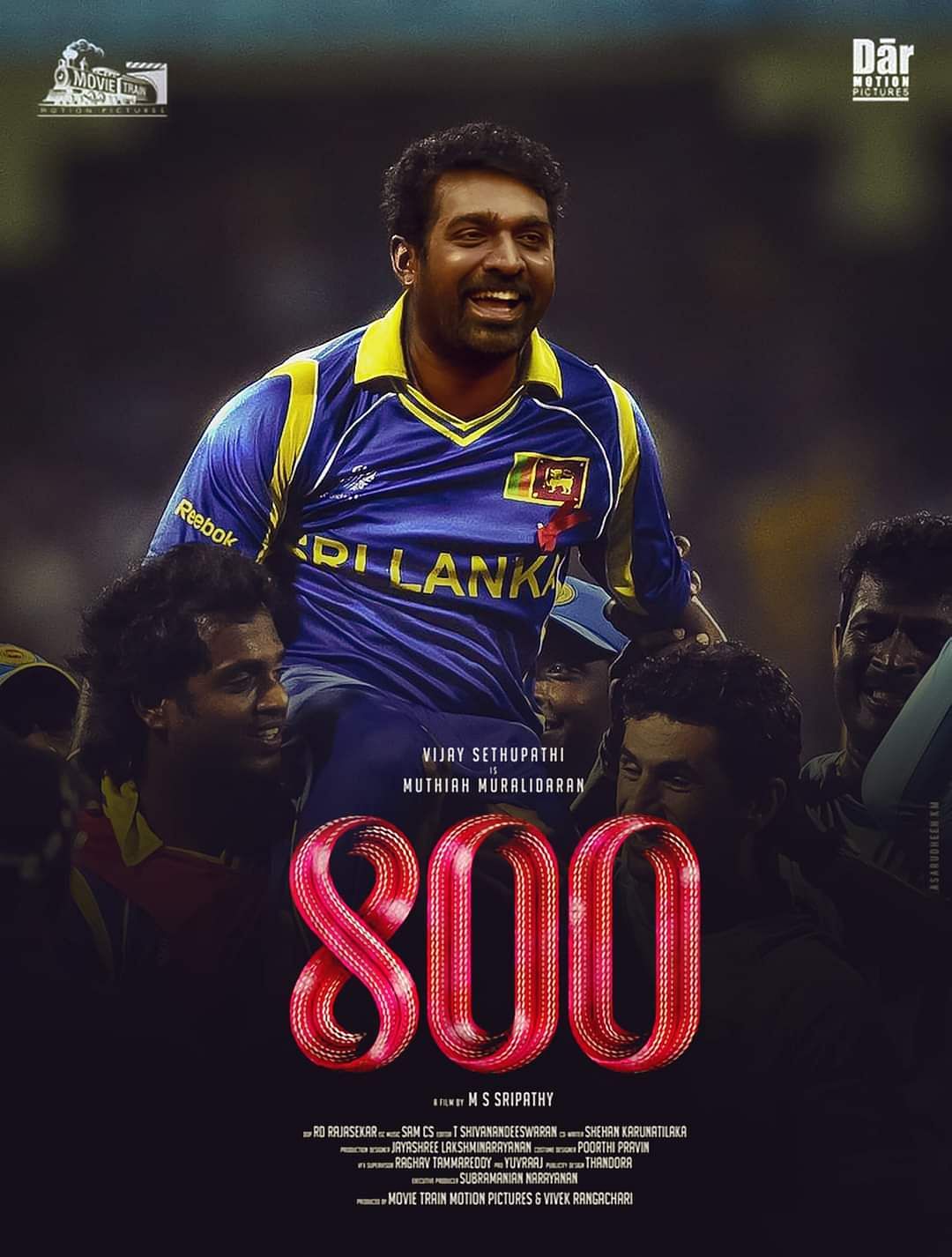 While the casting for the film is still in progress, Sam CS has been roped in as the music composer and RD Rajasekhar as the cinematographer. The biopic will be produced by Dar Motion Pictures and Movie Train Motion Pictures.