Zehreela Insaan was a remake of Kannada film, Naagarahavu directed by Puttanna Kanagal

Rishi Kapoor had a connection with Kannada cinema - Zehreela Insaan. The Hindi film was a remake of Naagarahavu, the Kannada blockbuster hit of the 1970s. Zehreela Insaan also marked the debut of legendary director Puttanna Kanagal in Bollywood, and was also remade in Tamil and Telugu.

In the Hindi version, Rishi reprised the role of an angry young man, which was played by Vishnuvardhan in the original. The film’s plot was based on the three novels written by Ta Ra Su. The Hindi adaptation, produced under the banner of Pragati Chitra International, was released in 1974, two years after the release of Nagarahavu in 1972. 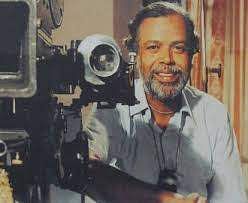 Zehreela Insaan starring Neetu Singh also had Ambareesh sharing screen space with Rishi. The former had come to limelight with his popular role of Jaleela, and he got to reprise the same in the remake too. Zehreela Insaan also included Dara Singh in the cast. While Vishnuvardhan became popular as Ramachaari, the name of his character in Naagarahavu, Rishi played the role of Arjun Singh in the Hindi movie.