The South Asian representation at Berlinale 2020

An unprecedented 21 South Asian films and talent were selected in various sections at the 70th Berlin Film Festival, which ran from February 20 to March 1

Indian cinema has had an exciting run at the 70th Berlin Film Festival, which ran from February 20 to March 1. An unprecedented 21 South Asian films and talent were selected in various sections of the Berlinale. These include four Indian films, an Indian filmmaker on the jury, and 16 South Asian Berlinale Talents, including seven from India.

This is the 22nd year I’m working with the Berlin Film Festival, and I have always been struck by how much incredible world-class talent there is in South Asian nations. India could have fostered a buzzing regional South Asian film market, but it is relatively rare that South Asian talents can collaborate, while developing mutual markets. This year, the Berlinale Talents (BT), a mentoring programme for young and upcoming filmmakers in multiple film disciplines, chose an exceptional 16 Berlinale Talents from South Asia, including seven from India. It was a historic opportunity for South Asian filmmakers to explore collaboration and collectives, which was the theme of BT this year. The Indian Talents were Ivan Ayr (Soni; director, screenwriter), Geetika Vidya (Soni; actor), Dominic Sangma (Ma’Ama; director, screenwriter), Acharya Venu (Ma’Ama; cinematographer, director), Varun Sasindran (Omarska; director), Mukul Haloi (Tales From Our Childhood; director, screenwriter), and Prantik Basu (Rang Mahal; director).

Altogether, 255 Berlinale Talents participated in the six-day programme of about 100 events with internationally renowned film experts, mentors, and producers. 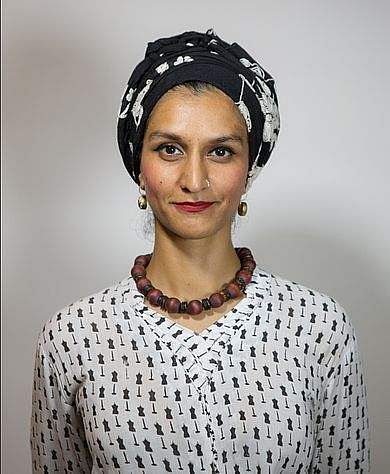 In the Berlinale Talent Project Market, meetings were set up with international producers who could potentially fund your project, for Anam Abbas’s Mariam (Pakistan) and Deepak Rauniyar’s The Sky is Mine (Nepal).

This year’s highlight was distinguished German director Wim Wenders presenting Pakistani filmmaker Anam Abbas with the Talents Footprints Mastercard Enablement Programme Award for ‘impactful social initiatives’ for her work as founding member of the Documentary Association of Pakistan collective. This volunteer-driven group has been promoting screenings of Pakistani documentaries to local audiences since 2017. It also organised a Chalta Phirta Doc Festival that screened 14 films in 11 cities in Pakistan. “I am very honoured. This award will help us make the film movement sustainable, expand to a regional South Asian cooperation network, and influence policy in our country,” said producer-director Abbas. “For a Pakistani indie filmmaker, our main option for financing is outside Pakistan. I want to help Pakistani cinema find a new voice that is its own. I learnt that a wealth of opportunity lay in collaboration between countries. I was in the Talents Project Market with Mariam, a Pakistani arthouse horror film to be directed by Hamza Bangash. Kathi Bildhauer of the Berlinale Co-Production Market had set up incredibly well-curated meetings with potential producers worldwide. It is so important and heartening to connect to our neighbours in the region, especially those outside India, not benefiting from its robust cinema culture. Our industries are very similar and lack state support, yet, people are making excellent international films. Once we collaborate regionally, these walls will fall!”

BT’s many sections include Script Station, Doc Station, Editing Studio, Talent Project Market, and Summit; with both workshops and talks with international mentors. 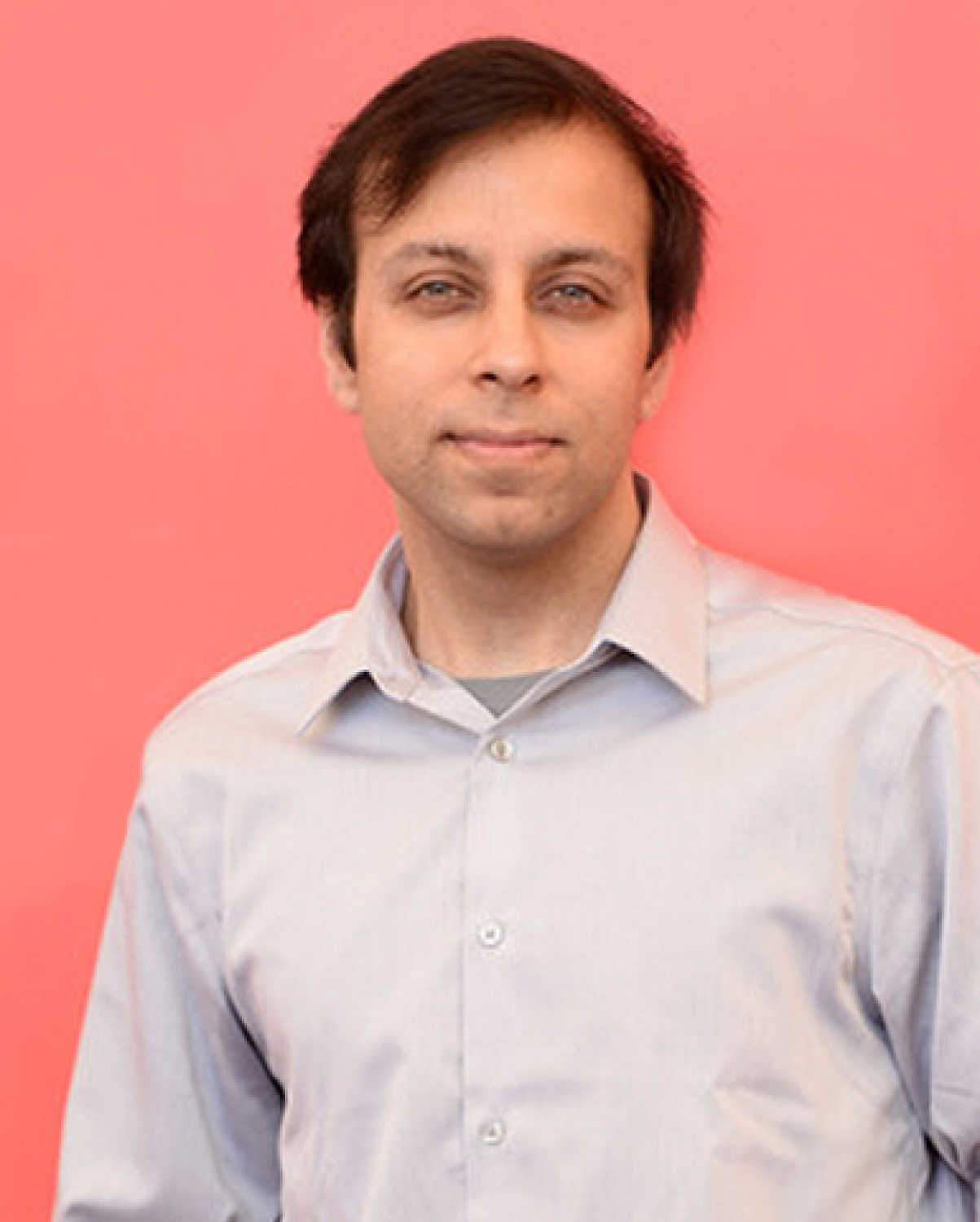 Despite his Soni opening at the Venice Film Festival and now showing on Netflix, Ivan Ayr is at BT’s Script Station with his new script, Landlocked. “I had in-depth discussions with script consultants about my characters and their journey. I learned that one should get feedback on a script as early as possible, before one gets married to a story structure,” Ayr said. “It was also the first time I met filmmakers from neighbouring nations. The fellowship for Anam Abbas is a great step forward, as artists are the only lifeline for those who don’t have a voice in a culturally-oppressed society. Online distribution can help bring us films from neighbouring countries, but India should first open up to world cinema beyond Bollywood or Hollywood,” he added.

An absolute revelation comes from Rajesh Prasad Khatri, a filmmaker from Nepal, who remains a primary schoolteacher in a remote mountain village in Nepal. Even though his next project, Shyam Swoyet Tasvir (Black and White Photo), is still at the script and development stage — it was part of BT's Script Station — he already has three top international producers attached to it, including Catherine Dussart (France), Chong Shuk Fong (Hong Kong) and Min Bahadur Bham (Nepal). His debut short, Jaalgedi (A Curious Girl), won a Special Prize, Best Short, Generation Kplus International Jury in the Berlin Film Festival, 2018. “I became a filmmaker by clearing a dustbin,” he said. “I was an assistant on a friend’s film, and after the shoot, when I cleared the dustbin, I found the script, film notes, and everything I needed to become a filmmaker. So, BT is a valuable chance to learn from seniors worldwide. I make excuses to get leave from school when I want to shoot my film, but I don’t want to give up the job because when I make small children laugh, that joy is what keeps my filmmaking going as well.” 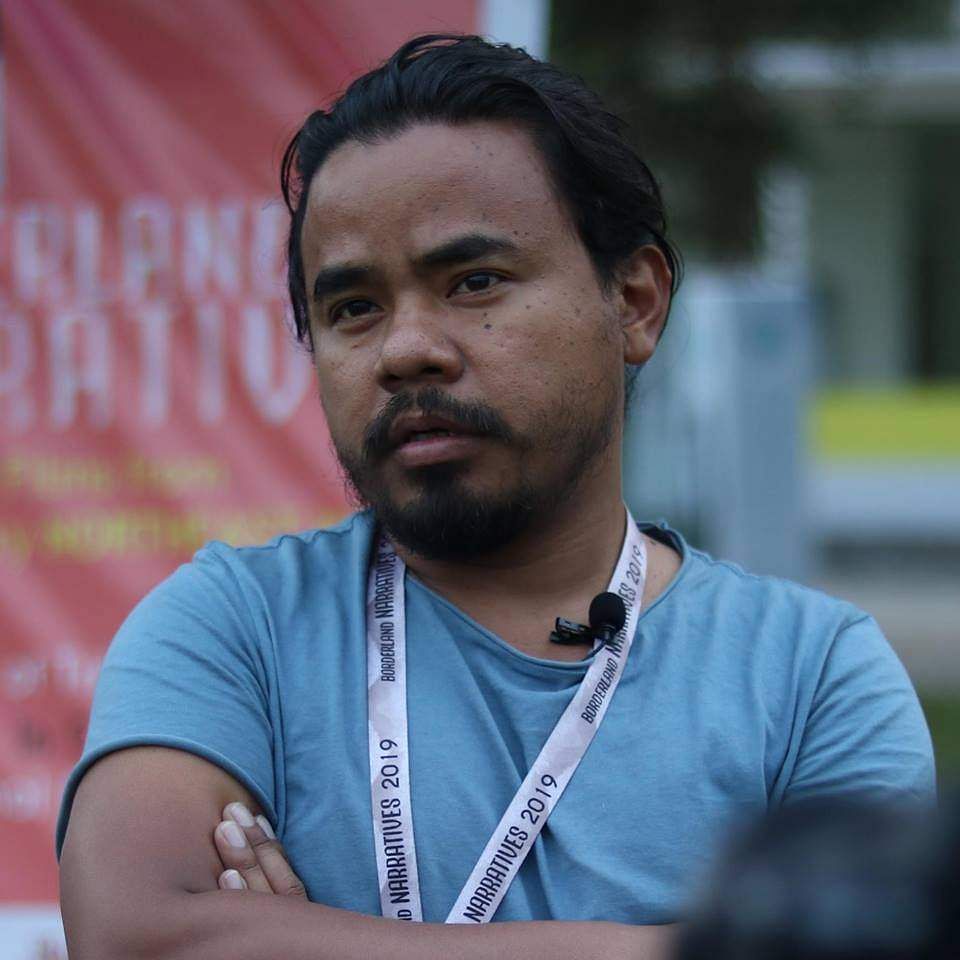 Also filming in challenging circumstances is Dominic Sangma, from tiny Shillong in Meghalaya, and whose Indo-Chinese collaboration Ma’Ama was at the Mumbai Film Festival and won Best Cinematography for fellow BT participant Acharya Venu at the Shanghai International Film Festival. Sangma was at BT with his second project Rapture, which was already at Cannes Film Festival’s La Fabrique Cinema. “BT has been valuable as I had great meetings with producers and now feel confident of starting my second film soon. I hope to learn many things, especially market strategies to reach wider audiences.”

Sole BT South Asian actress Geetika Vidya (Soni, Thappad), said that on being selected for the BT Acting Studio, she called home and “had to help them understand what BT is, for them to be able to participate in my happiness.” She was in BT to gain “technical expertise to reach the audience’s head and heart, and to learn tools to stay strong and resolute in times of uncertainty.” 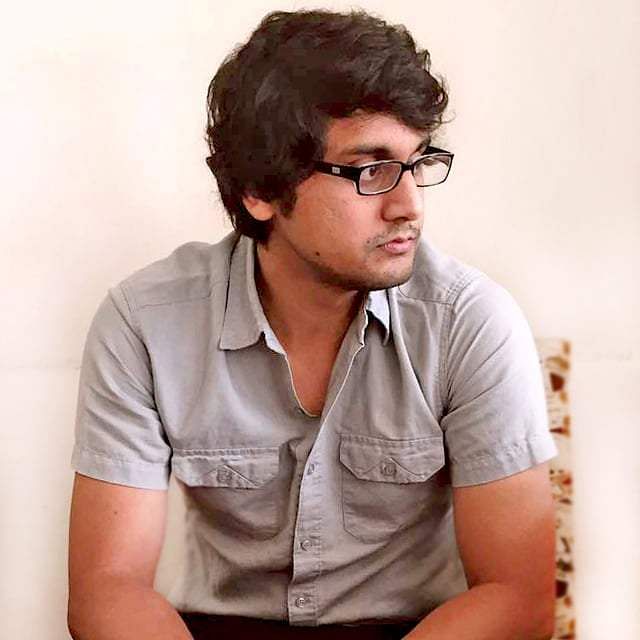 With two distinctions back to back is Rajee Samarasinghe, a Sri Lankan filmmaker based in Los Angeles: his 15m short Gimhanaye Netra (The Eyes of Summer, Sinhala), was selected for the International Film Festival Rotterdam in January, and he was selected at the BT (Doc Station for Your Touch Makes Others Invisible) in February. “The best thing about BT was the rare opportunity to meet people from a variety of creative disciplines and countries. I do think I will end up working with a lot of the folks I met here. Also, it was certainly nice to meet so many South Asian filmmakers. Our interactions were friendly, thoughtful, and meaningful. I was ecstatic for Anam Abbas and her award! She's such an amazing creative force and her win was well-deserved. Online distribution is improving our visibility, and younger generation South Asian talent is creating amazing work throughout the sub-continent.”

Likewise, writer-director Bavaneedha Loganathan, also from Sri Lanka, added, “Sri Lanka is an island country, and this was the first time I met other south Asian filmmakers. I learnt about the importance of sustainability in filmmaking, funding platforms, and working collectively. I felt proud when Anam Abbas won the award. I made good friends with South Asians, especially the women participants, and hope to work with them in the future. I also met Wim Wenders and Victor Kossakovsky (director of Gunda), and their masterclasses were priceless.”

The lone BT film critic from South Asia, Sadia Khalid Reeti from Bangladesh, was earlier on the FIPRESCI (International Federation of Film Critics) Jury at the Cannes Film Festival in 2019. A screenwriting graduate from the University of California, Los Angeles, she is currently an editor with the Dhaka Tribune. “I was the first Bangladeshi in BT’s Talent Press section for film critics,” said Khalid. “Hearing top critics talk about their philosophy of film criticism, and being mentored by some of them, will enrich my work. Thanks to the South Asia ‘Adda,’ we got to meet trailblazers from our region. When Anam Abbas won the award, it made me proud, and gave me hope that our local initiatives may also receive recognition someday. I believe regional co-production between BT alumni will offer exciting new films that will truly uphold our heritage, culture, and values on the global stage.” 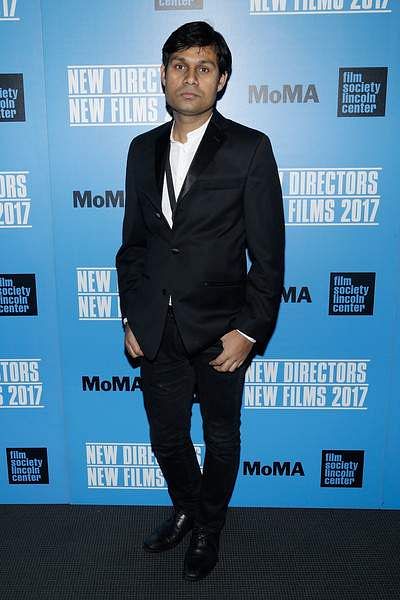 Such a top-notch filmmaker from Nepal is Deepak Rauniyar, long based in New York, that international producers are competing to produce his next film! His Highway was in the Berlin Film Festival, and his Seto Surya (White Sun) was at the Venice and Toronto Film Festivals. He was in the Berlinale Talent Project Market (TPM). “My third feature project The Sky Is Mine generated quite good interest, and we received requests from almost double the number of companies that we could officially meet in two days!” he said. “We now have several options to choose from. We also received two possible pre-sale offers in Germany and UK. This was possible only because of TPM.”

He continues, “Film writing and financing is a very lonely process. It takes at least a couple of years and sometimes you could feel lost, confused, and hopeless. I started writing and financing The Sky is Mine in 2016, just after White Sun. It has already taken me over three years. TPM is an important reminder of why we do what we do. Anam Abbas was also part of TPM, and I was very happy she won the award. However, I wish there were more forums like this in South Asia as we have few opportunities to collaborate. Indian films get released in Nepal, but it is impossible to release a Nepali film in India. For The Sky is Mine, I’m trying to get on board two Indian actors, and an Indian co-production/ distribution partner. I’m in conversation with Nandita Das, whom I met when I was on the Asia Pacific Screen Awards jury in Australia in 2018.”

(The writer is India and South Asia Delegate to the Berlin Film Festival, National Award-winning critic, curator to festivals worldwide and journalist.)