Siju Wilson appears in a never-before-seen avatar in the first look poster of his upcoming film, Varayan. The intriguing image has Siju in an attire that evokes the mythical legend Kadamattathu Kathanar. 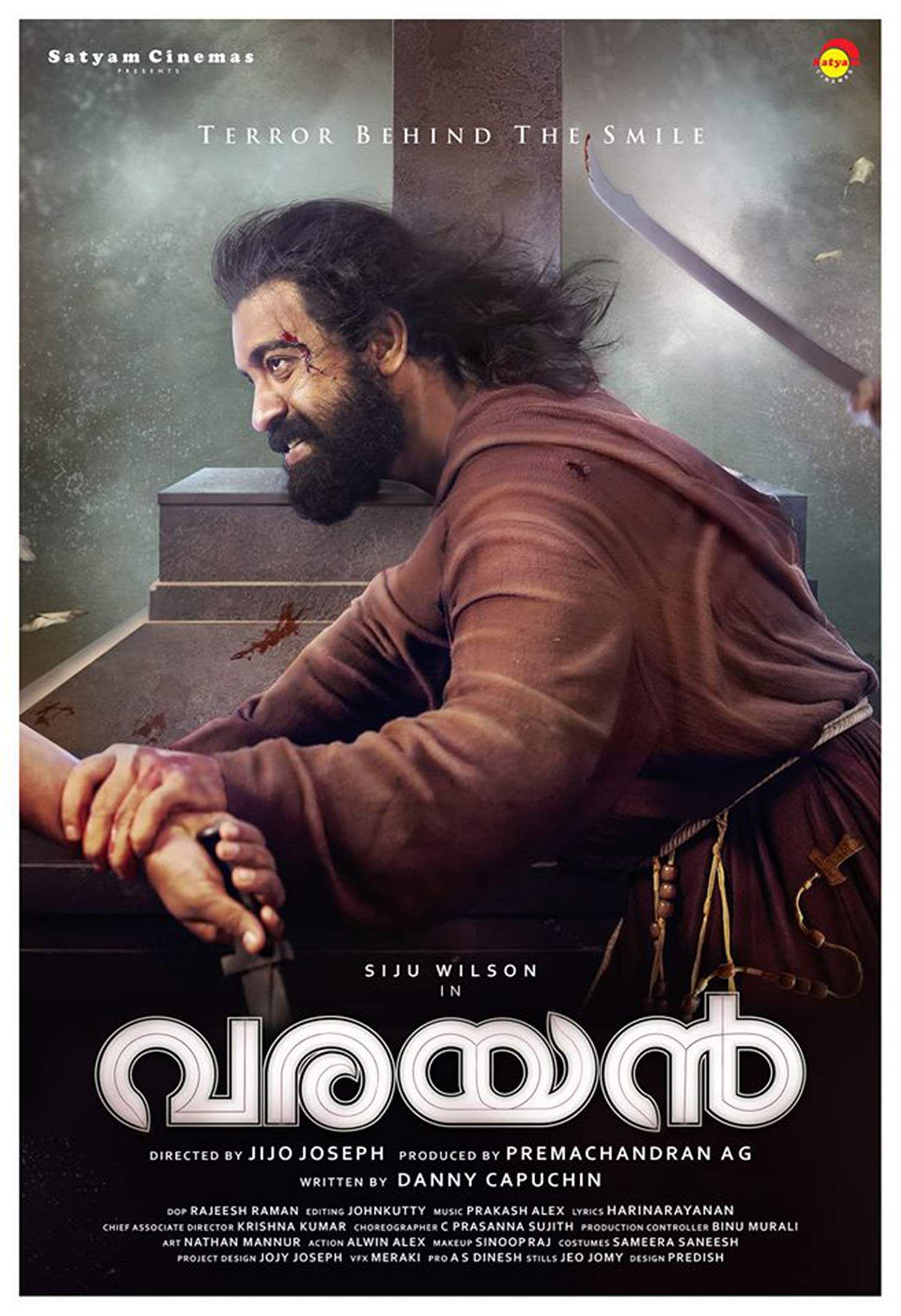 Varayan, filming of which began in December, also stars Vijayaraghavan, Jude Anthany Joseph, Maniyanpilla Raju, and Joy Mathew among others.

Danny Capuchin has penned the screenplay. Rajeesh Raman is behind the camera with Johnkutty in charge of editing. Prakash Alex is composing the music to Harinarayanan's lyrics.

Meanwhile, Siju will be also seen next in Mariyam Vannu Vilakkoothi, which is scheduled for release on January 31.