We have already reported that Naga Chaitanya's new film, also referred to as NC 19, has been titled Love Story. On the eve of Sankranthi, the title and a new poster of the film have now been released. Directed by Sekhar Kammula, the film also features Sai Pallavi as the female lead. 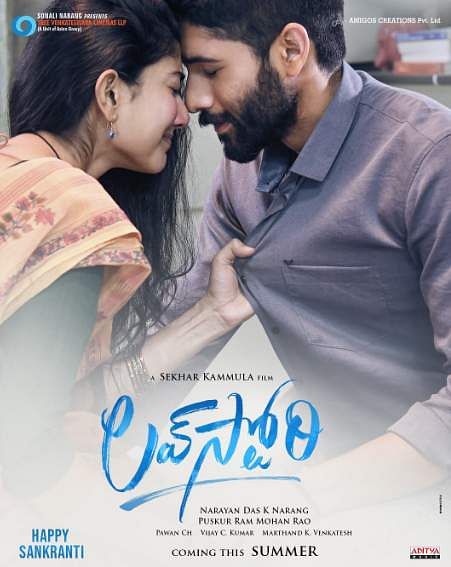 Shooting of the Hyderabad schedule was wrapped up recently and the team will be leaving for Armoor, Nizamabad to shoot the village portions. "Starting next week, shooting will take place for a little over two weeks in Armoor. After this, a romantic song will be shot in Dubai followed by the filming of a couple of montage songs in and around Hyderabad. With that, the entire shooting will be wrapped up. The makers are planning to release Love Story on April 2," informs a source.