Twitter has suspended the account of Kangana Ranaut’s sister and spokesperson Rangoli Chandel for violating its rules. The suspension comes after Rangoli tweeted about the Moradabad stone-pelting incident in Uttar Pradesh, saying those responsible for attacking the doctors should be shot. Her tweet was flagged by several celebrities for inciting religious hatred.

Tagging the Mumbai police, filmmaker Reema Kagti had tweeted, “Could you please look into this and take action? Isn’t this spreading fake news and inciting hatred and violence against certain people?” 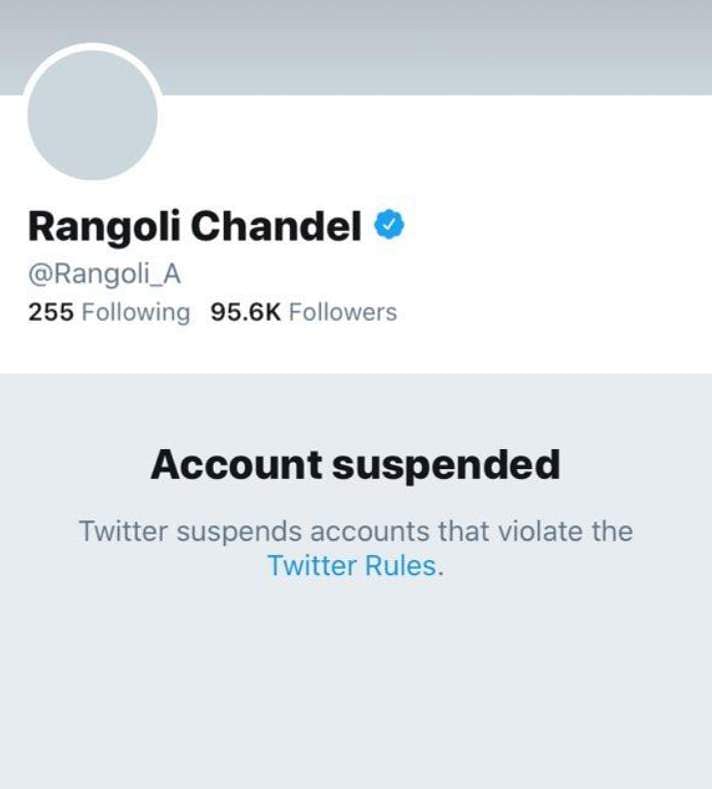 Jewellery designer Farah Khan Ali, who had also flagged Rangoli’s tweet, thanked the micro-blogging site for suspending her account. She wrote, “Thank you Twitter for suspending this account. I reported this because she targeted a specific community and called for them to be shot along with liberal media and compared herself to the Nazis.”

Rangoli’s tweets have stirred controversy in the past. She has frequently attacked actors Alia Bhatt and Taapsee Pannu, and director Karan Johar. More recently, she mocked Deepika Padukone and Priyanka Chopra for participating in the #SafeHandsChallenge. She also called for the suspension of the forthcoming elections in view of the economic slowdown caused by the coronavirus outbreak.