The first look of the film, including the title, was launched by the makers earlier today

We had earlier reported that Tik Tik Tik producers Jabak Movies will collaborate with Sasikumar for a film. Now, it has been revealed that the film has been titled Paramaguru.

The first look of the film was launched on social media earlier today by the makers. In the poster, an austere Sasikumar is peering over case files with a magnifying glass, wearing gloves as well, in what seems to be evidence room. While we don’t know whether Sasikumar plays a detective, it is safe to assume that the film will be a crime thriller. 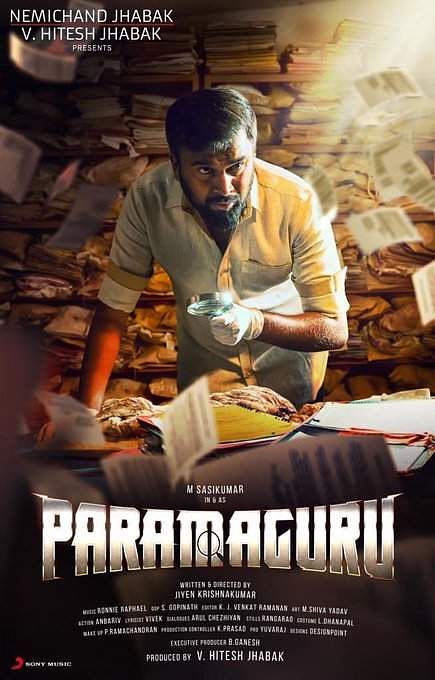 Directed by debutant Jiyen Krishnakumar, Paramaguru will have Manasa Rathakrishnan as the female lead, while Thadam-fame Vidya Pradeep and Appukutty have been roped in for key characters.