We had previously reported that Anikha Surendran and Ramya Krishnan are playing the younger and older version of former Chief Minister Jayalalithaa, respectively, in the upcoming biopic series directed by Gautham Menon, and it would most likely be titled Queen. 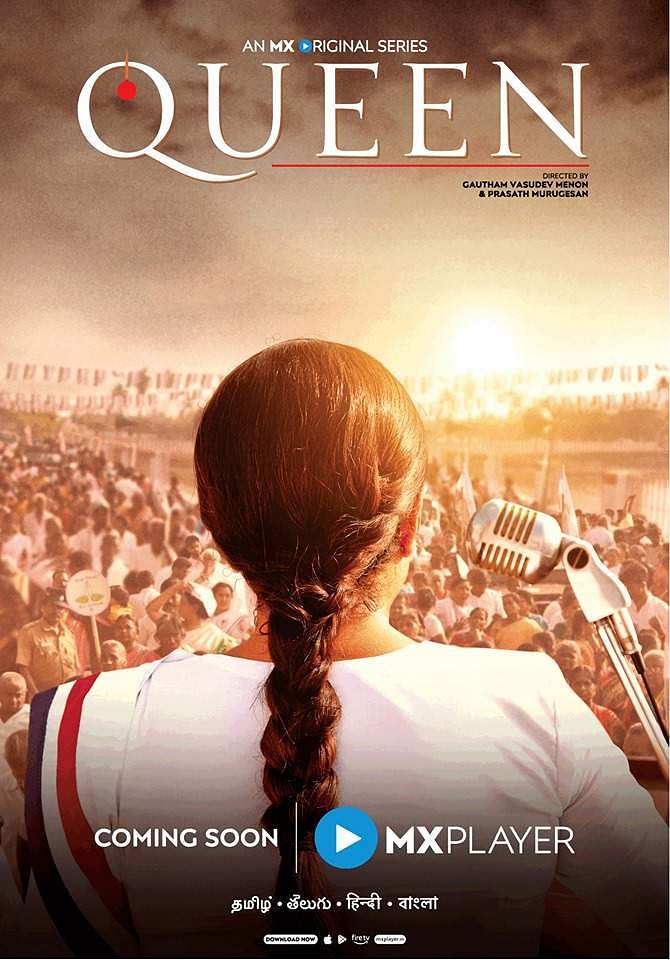 Confirming our reports, the first look poster of the MX Original web series was launched today carrying the same title. The poster features a backshot of a Ramya Krishnan addressing a crowd, clad in the iconic ADMK tricolour bordered saree. It is also confirmed that Kidaari-filmmaker Pranth Murugesan has directed a set of episodes of the series.

Malayalam actor Indrajith Sukumaran is expected to play the role of ADMK founder and former CM MG Ramachandran in the project.

The makers are yet to announce the release date and the rest of the cast of the project.