A picture of Kamal Haasan in his Senapathy get-up from the sets of the upcoming Shakar-driectorial Indian 2 has gone viral on social media. The actor is seen getting ready for a shot as the make-up artists are working on his look. 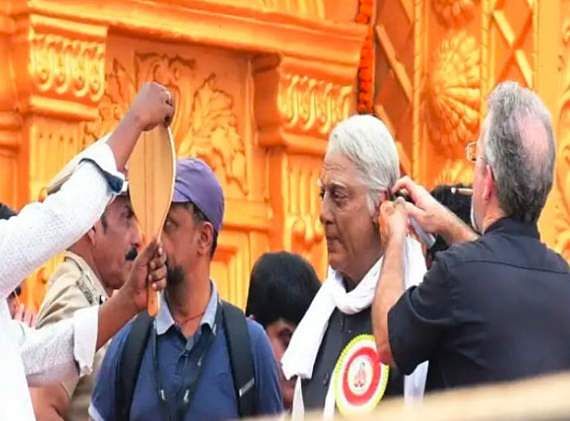 Kamal Haasan is currently busy shooting for the film, which is expected to be released in 2021.

Anirudh Ravichander is composing music for this sequel to 1996's Indian.