There are also speculations that Nayanthara might be planning her Bollywood debut.

It's common knowledge that Ajith’s next, to be directed by H Vinoth, is again produced by Nerkonda Paarvai maker, Boney Kapoor. The film titled Valimai has music by Yuvan Shankar Raja and cinematography by Nirav Shah.

The film, which is slated to go on floors in December, is said to feature Ajith Kumar as a cop.

While the heroine of Valimai is yet to be announced, Nayanthara and her partner Vignesh Shivn have met Boney Kapoor and his daughter Khushi Kapoor in Manhattan, US. Their photo together has turned viral, and rumors of Nayanthara pairing with Ajith again have been doing the rounds. 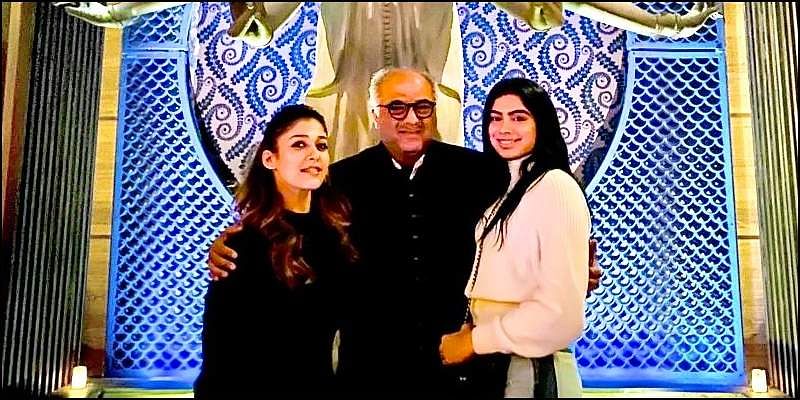 In addition, there are also speculations that Nayanthara might be planning her Bollywood debut.