The film is said to be a gangster thriller, with Vijay playing a professor character with grey shades

Vijay's next with Lokesh Kanagaraj, tentatively called Thalapathy 64, is progressing at a brisk pace and the latest speculations state that the film might be released on April 9 next year. The film is said to be a gangster thriller, with Vijay playing a professor character with grey shades.

Amidst all these speculations, a couple of recent photos of Vijay clicked at the shooting spot have gone viral. The photos show the Bigil actor in an uber-cool avatar, sporting a thick beard and a new hairdo. 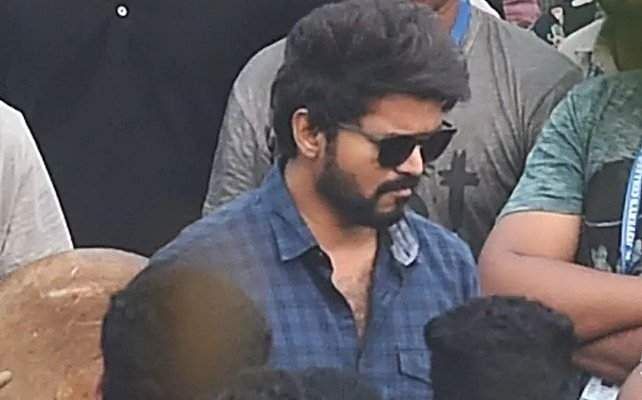 The shoot is currently underway at the north campus of  Shri Ram College of Commerce in Delhi. A song, choreographed by Dinesh, is reportedly being shot with some two hundred back dancers.

With music by Anirudh Ravichander and cinematography by Sathyan Sooriyan, the film is bankrolled by XB Film Creators.