The event was attended by many eminent stars and filmmakers like Shah Rukh Khan, Aamir Khan, and Kangana Ranaut

Last week, Prime Minister Narendra Modi hosted a 'Change Within' meet, a big gathering, where several prominent actors, filmmakers, and musicians came together to discuss and mark the 150th birth anniversary of Mahatma Gandhi. The goal was to create films and television shows that popularise the ideas of Gandhi.

Now, singer SP Balasubrahmanyam has posted a note on social media hinting at some partiality in that event towards Bollywood artistes as opposed to those from the South. SPB alleged that guests were all asked to leave their mobile phones with the security personnel before entering the Prime minister's residence. Saying that they were given tokens for their mobile phones, SPB wondered how certain Bollywood actors were able to take selfies with the PM using their mobile phones at the event. 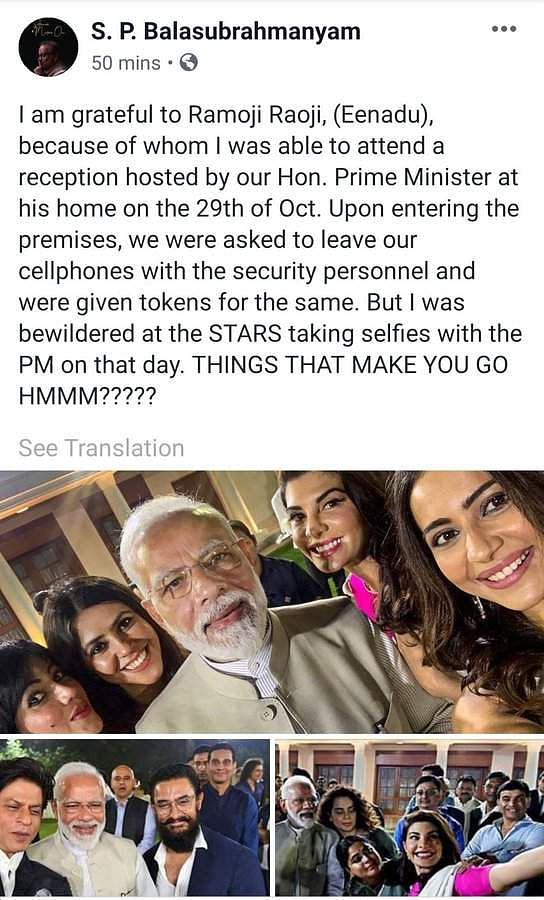 This bit of information raises several questions: Were only select actors allowed to take their phones inside, or were some actors provided with phones inside to click selfies with the PM?