The film will have Tiyaan​-fame Manasa Rathakrishnan as the female lead, while Thadam-fame Vidya Pradeep, Guru Somasundaram, and Appukutty have been roped in for important characters

Sasikumar has been signed to play the lead in Jabak Movies' next production venture, tentatively referred to as Production No:14, to be directed by debutant Jiyen Krishnakumar, who earlier helmed the Prithviraj-starrer Tiyaan.

A source close to the unit says that Petta actor will be playing a suspended police-officer, who gets entangled in 'a web of crime and deceit'. The investigation procedural will apparently be set in a city backdrop.

The film will have Tiyaan​-fame Manasa Rathakrishnan as the female lead, while Guru Somasundaram, Thadam-fame Vidya Pradeep, and Appukutty have been roped in for important characters. The yet-to-be-titled project will have music by Ronnie Raphael, who has earlier scored the background music for Priyadharshan’s Nimir. 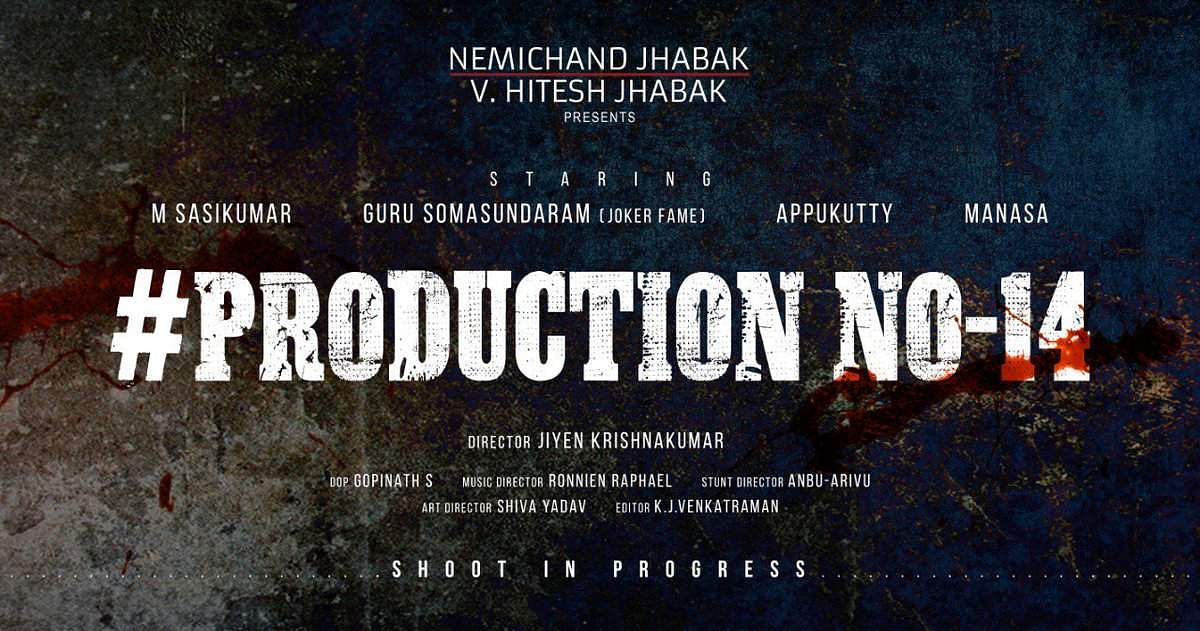 Meanwhile, Sasikumar recently wrapped up the shooting for Kombu Vatcha Singamda, the sequel to his 2012 hit film, Sundarapandian. He also has Susienthiran’s Kennedy Club, Raja Vamsam, and another untitled film, directed by Salim-fame Nirmal Kumar, in the pipeline. The actor will also be seen in a cameo in the long-delayed Enai Nokki Paayum Thotta.