The film features Arav and Radikaa in the lead roles

The first look poster of the Arav-starrer Market Raja MBBS has been released. It features Aarav and Radikaa, with the latter smoking a cigar, in a room surrounded by skulls and lit candles. The film, directed by Saran of Aasal fame, is in its last leg of shoot.

"It will be a comedy. It's the story of a rowdy who faces a unique conflict, and the ways in which he saves himself. This is the USP of the film. We've completed about 80 percent of the shoot and the last schedule is currently being shot in Chennai," says Saran. 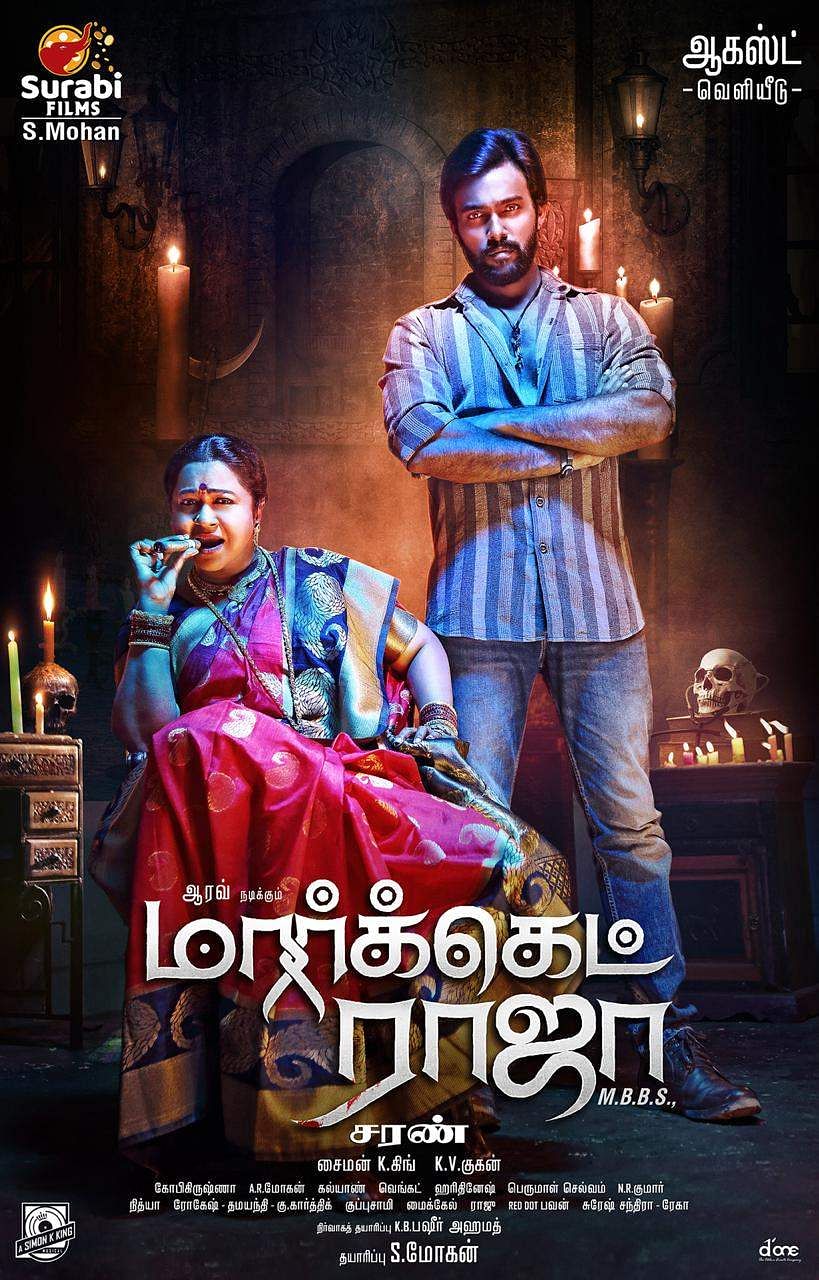 The film features a large ensemble cast that includes Rohini, Nassar, Hareesh Peradi, Yogi Babu and Munishkanth. Kavya Thapar, who was seen in the Telugu film, Ee Maaya Peremito, is making her Tamil debut as a heroine with Market Raja MBBS.

Saran, who is known for his frequent collaborations with composer Bharadwaj, will be teaming up with music director Simon K King of Sathya fame for this film. Market Raja MBBS also marks the filmmaker's first collaboration with his younger brother KV Guhan, who is handling the cinematography.