The Tamil remake of Pink, starring Ajith and Shraddha Srinath, which was tentatively called AK 59, has now been titled Nerkonda Paarvai. The first look of the film, directed by H Vinoth, has been revealed. 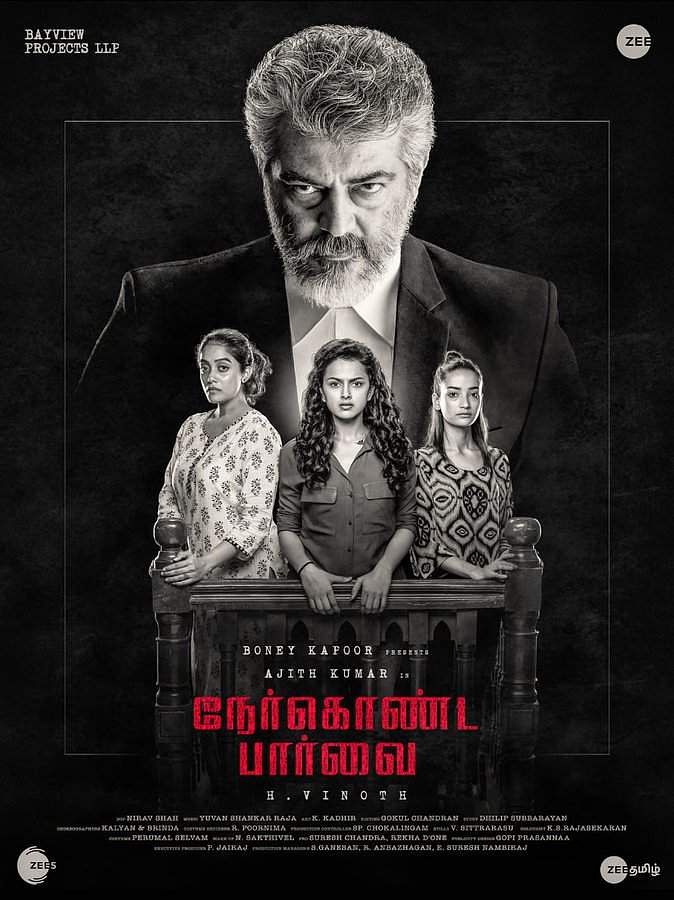 Incidentally, Nerkonda Paarvai will be Vidya Balan’s debut in Tamil. The film will have music by Yuvan Shankar Raja and cinematography by Nirav Shah. This is Boney Kapoor’s first production venture in Tamil and he will follow this up with another film starring Ajith.