Enable Javscript for better performance
Saravanan, one of the contestants of Bigg Boss 3 Tamil, apologises for insensitive comment about gro- Cinema express
ADVERTISEMENT

Saravanan, one of the contestants of Bigg Boss 3 Tamil, apologises for insensitive comment about groping women in buses

The Bigg Boss had, apparently, summoned Saravanan to the confession room following the back lash, and had asked the actor to render an apology 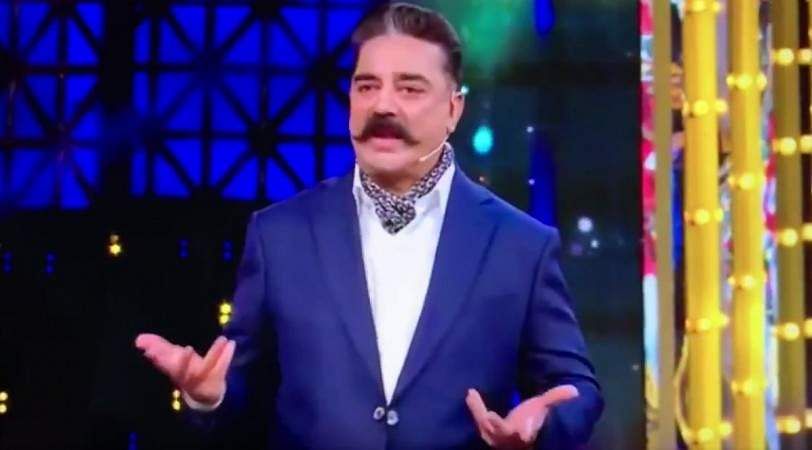 The recent weekend episode, where host Kamal Haasan interacted with the participants about the events of the past week, has raised hackles for normalising sexual harassment. The incident occurred when the show-host Kamal was trying to sort out the recent spat between Meera Mitun and Cheran. In his attempts to resolve the situation, Kamal took the example of how people would rush on a crowded bus to get in time to work, and put them in one category. He also spoke of a second category who get on the bus just to touch women in indecent ways.

As Kamal proceeded, he was interrupted by Saravanan who said, "I have done it, sir." While host Kamal assumed that Saravanan had come to the defense of people, who misbehaved with women, Saravanan admitted that he used to take the bus just to grope women.  "I used to do it when I was in college," confessed Saravanan.

The admission was received with cheers by the audience. Kamal went on to say, "Avaru adhaiyum thaandi punidham aayitaaru," which was again met with laughter in the audience.

Saravanan's comments didn't go down well with the audience, many of whom, including singer Chinmayi, took to social media to bash the and show-host Kamal Haasan, who let the admission slide, without admonition. Subsequently,  Kamal's spokesperson clarified that the actor was being sarcastic.

Now, the Bigg Boss had, apparently, summoned Saravanan to the confession room, following the back lash, and had asked the actor to tender an apology. Saravanan, probably realising his blunder, admitted that what he did during his college days was wrong, and he deeply regrets it. He also requested people not to indulge in any kind of harassment against women.

"To everyone who is watching the show, I have to clarify something. When Kamal Sir asked the question, I reflexively agreed to doing it. During my college days, I have made certain mistakes, mostly tiny ones. The intention was to ask viewers not to do these things but I somehow got the tone wrong. I am stressing it, again. Harassing and groping women in buses, ot in any other public modes of transport, is wrong. Be it before Bigg Boss, now or after the show, I will keep telling people not to make the same mistakes I made. There are stringent punishments for these kinds of behaviour. I am sorry if I have hurt anyone's sentiments," he said.

Earlier, the show had been in the center of controversy after an alleged "manhandling" accusation by Meera Mitun on director Cheran. The latter denied any wrongdoing and defended himself saying that it was an attempt to tarnish his image.

After Meera's eviction, the 12 remaining contestants will battle it out for the title. Rythvika won the title last season, while Arav was the winner in the first season of Bigg Boss Tamil.