Bigg Boss Tamil 3 Eviction: Will Meera Mithun be shown the door this week?

Meera Mithun, Cheran, Saravanan, Kavin, Abhirami and Sakshi Agarwal have been nominated for eviction this week

The third season of the Tamil television reality show, Bigg Boss, kick-started on June 23, and is being hosted by Kamal Haasan for the third consecutive time. Following the eviction of Fathima Babu, and controversial contestants Vanitha and Mohan Vaidya, thirteen contestants remained in the house last week.

While Cheran and Saravanan seem to have garnered some online support, Sakshi and Kavin's behaviour in the show had come under significant criticism. Some ardent watchers are of the opinion that Sakshi is an opportunist, who uses inmates for her personal gains through spreading lies. And her fight with Meera last week seems to have made things worse. Likewise, Kavin has also been not very popular with a section of the audience, who have accused him of double-dealing and unwanted hysterics. 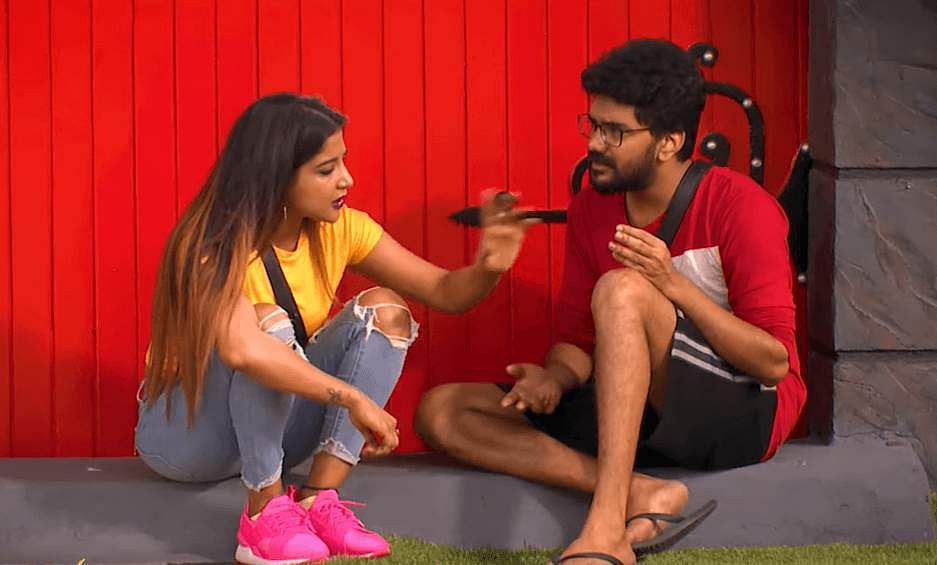 Interestingly, Saravanan had been expressing his desire to be out of the show, for the past two weeks. Cheran too was treading on the same path, but his popularity is believed to be safeguarding him.

While it was expected that Sakshi or Saravanan might pack their bags, rumours suggest that Meera Mithun might be the one saying 'goodbye' to the Bigg Boss house this week. Though, some believe that the show will turn out to be uneventful without Meera in the house, the majority of the audiences seem to want her evicted.

Meera, who entered the house on June 25 (two days after the show began on June 23), is no stranger to controversies. She was in the headlines recently, when a police case was filed against her in a fraud suit. According to reports, a complaint was filed by beauty show producer, Ranjitha Bandari, who alleged that the actor had taken Rs 50,000 from several models for allotting a slot in a beauty contest. She was granted anticipatory bail last week.

She had recently accused Cheran of using physical forcce against her and manhandling here during one of the tasks that were assigned to the contestants. The issue had created a huge uproar in the house. The accusation resulted Cheran breaking down, saying she was trying to tarnish his image. Other participants in the show came to his support and consoled him. Twitter rallied to the support of Cheran in this issue, with Bigg Boss Tamil 3 trending across the country. The hashtag, #CheranArmy gained popularity. Some pointed out that Meera Mithun had had a similar problem at a reality dance competition once before, with social media seemingly unanimous in its criticism of Meera. 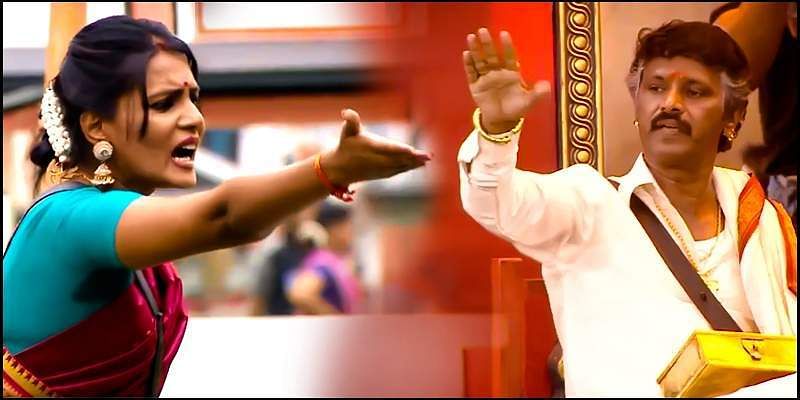 Some say that that Meera falsely accusing Cheran, who has quite a few fan following, could be the reason she might be shown the door this week.

After today's eviction, the 12 remaining contestants will battle it out for the title. Rythvika won the title last season, while Arav was the winner in the first season of Bigg Boss Tamil.