Meera called for a gathering half way through episode 31, in which she claimed that the 'pushing incident' by Cheran had bothered her

The last couple of days have been fairly fractious inside the Bigg Boss Tamil house, with the 'village task' (with contestants given various roles as villagers) taking a toll on everyone. Things took a particularly ugly turn when Cheran, looking to catch Losliya as part of a task, pushed Meera away, seemingly in jest. While it didn't seem to have come to anything in the moment, Meera called for a gathering, in which she proceeded to explain that the 'pushing incident' had bothered her, to the visible shock of Cheran.

She began by stating that Cheran had, when they first met at the show, refused her hug, by saying that he had a respectable image as a film professional. As the director looked fairly disturbed about what was to come, she went on to convey that she felt she was 'manhandled' when he stepped amid a group of women, and pushed her aside, his hand coming in contact with her waist. 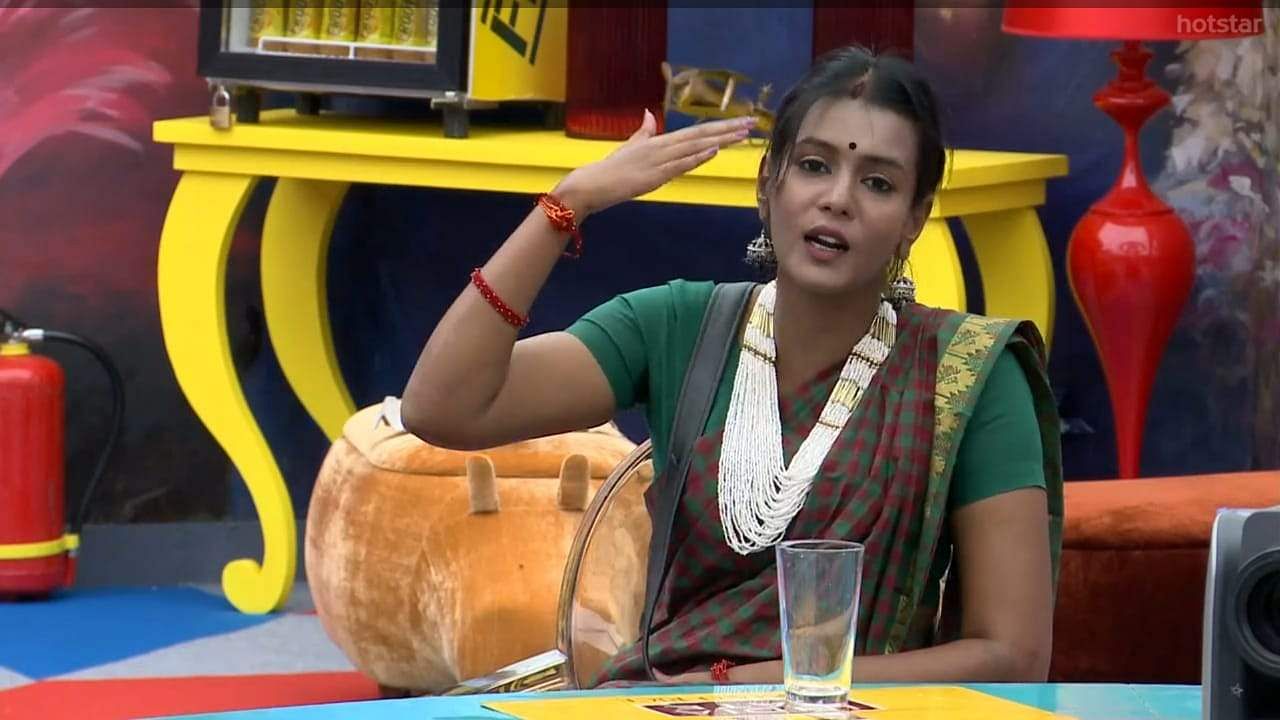 With the director seemingly lost for words, Saravanan said that he felt it wasn't the right way to convey her discomfort, and suggested it was all for the task. As Madhumitha began advising that Meera should have told Cheran this in private, the director himself stepped up to admit that he had indeed pushed her aside. "However, I swear on my two children that there were no wrong intentions with my touch," he added, getting emotional.

The house descended into chaos with the others weighing in. Sherin felt it could have been handled one-on-one, while Reshma pointed out that it was up to Meera to do as she wanted. Kavin believed that the group could have been summoned if Meera had failed to resolve it with Cheran. Meera, for her part, clarified that she attributed no lascivious intentions to the incident, but that she simply felt it has been 'harsh' on her. 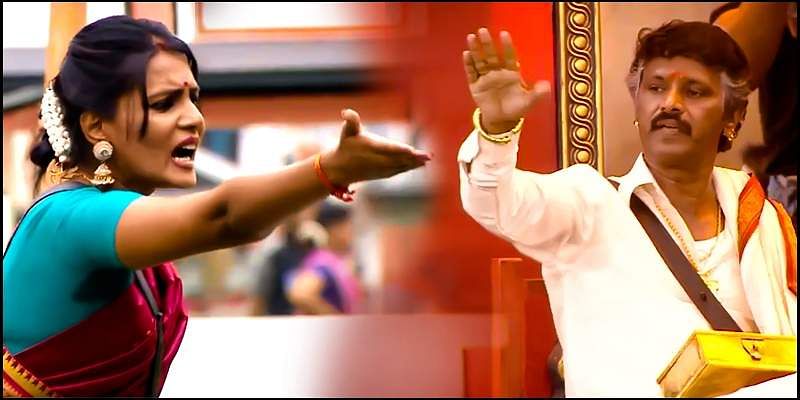 Most of the housemates didn't think much of it. Saravanan continued to make little of it and said that Meera should have avoided being in the melee in the first place. Madhu asked her why she didn't have a problem with others like Sandy and Kavin coming in contact with her during tasks. Losliya did the same by asking why she hadn't complained about a previous dance, when Meera had danced with a friend. Sakshi said she herself had no problems with Cheran and wondered why Meera did. She later told Kavin that she didn't even think the incident actually happened.

Cheran apologised again for being a bit rough in his actions, but again reiterated that he didn't like how Meera made her complaint dangerously vague. As the problem showed no sign of abating, Cheran apologised once again and broke down, telling the housemates that such problems could affect the marriage prospects of his children. The housemates converged around him, convincing him that they believed in his integrity. 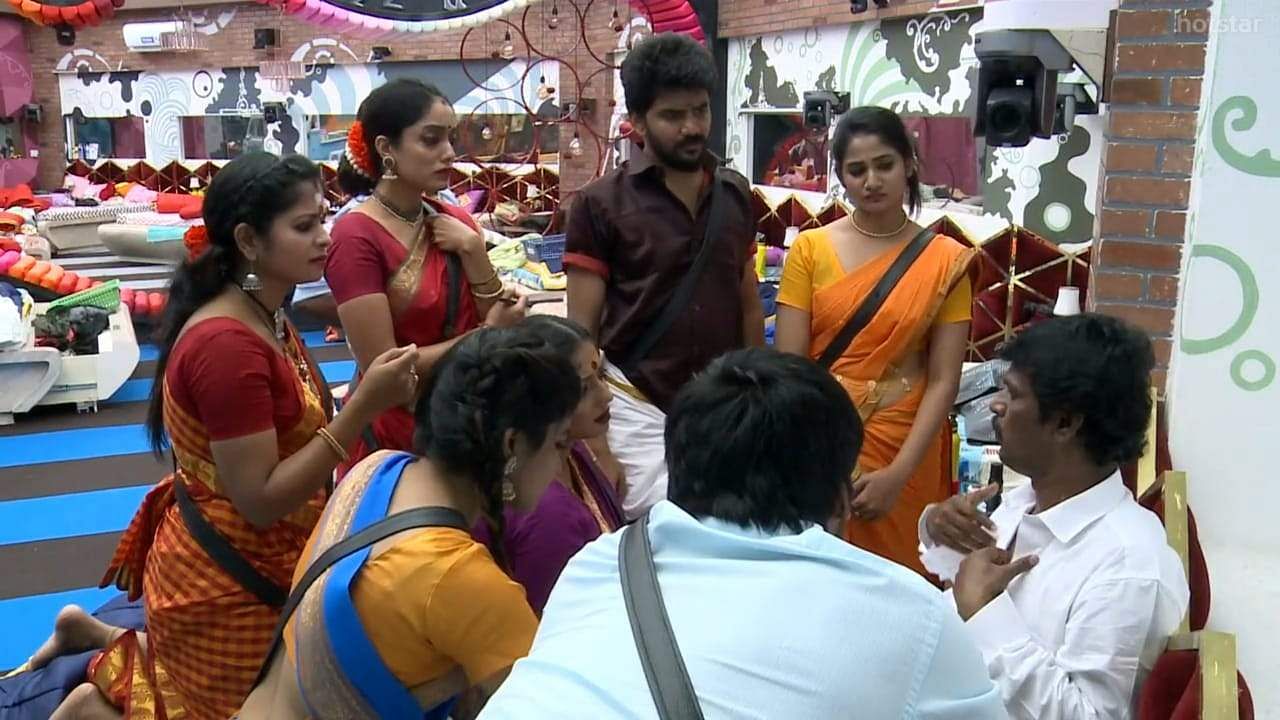 Cheran issued an ultimatum that he wouldn't be in the house if Meera were to stay, and told the others that he believed that Meera was doing this to tarnish his character. Ultimately, he was persuaded to wait for the weekend episode when host Kamal Haasan usually analyses such problems. The housemates convinced Cheran that he would come out with his reputation not taking a dent. And then, everyone moved on. It should be interesting to see how Kamal Haasan handles this sensitive issue.

Meanwhile, Twitter rallied to the support of Cheran in the matter, with Bigg Boss Tamil 3 trending across the country. The hashtags, #cheranarmy and #cheran, were gaining in popularity too. Some pointed out that Meera Mithun had had a similar problem at a reality dance competition once before, with social media seemingly unanimous in its criticism of Meera.

Ppl like Meera are dangerous. She protrayed Cheran as some sort of a Pervert.
Felt Sorry for Cheran. @ikamalhaasan should clear this up during the weekend episode and restore the man's dignity pic.twitter.com/WBFKXmfkC5

#MeeraMithun did the same when she participated #JodiNo1 and accussed her co - contestant of forcibly holding her hips when dancing. Actress Sangeetha threw her out of the show @vijaytelevision @BiggbossTamil pic.twitter.com/VKlHVRabT5