Akshay Kumar will star in and as Bachchan Pandey in Sajid Nadiadwala’s upcoming production, the makers announced on Friday. The action drama will be directed by Farhad Samji and released around Christmas 2020. As per speculation, the film is a remake of Ajith’s Veeram (previously titled Land of Lungi in Hindi).

The first-look poster features Akshay in a southern action avatar, complete with a silk lungi and golden chains. He also looks battle-ready with a nunchuck in his hand. 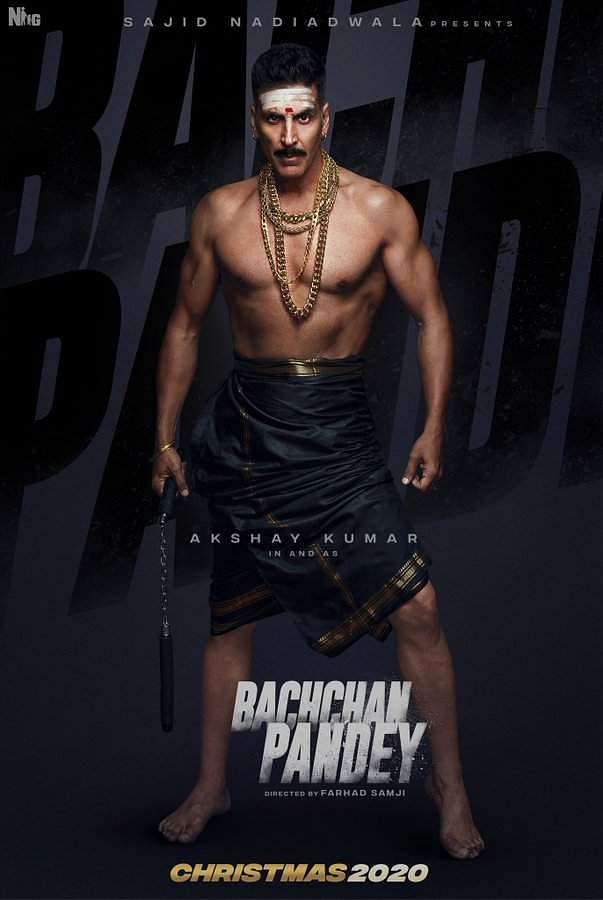 Released in 2014, Veeram told the story of a kind-hearted villager who takes down the enemies of his fiancee's father, to safeguard their family.

Akshay Kumar and Sajid Nadiadwala have collaborated on several projects before, including Mujhse Shaadi Karogi, Heyy Babyy and the Housefull franchise. Farhad Samji has directed Akshay in Housefull 4, which is slated to release on Diwali, 2019.

Incidentally, Bachchan Pandey was the name of Akshay’s character in Tashan (2008). According to reports, actors Vicky Kaushal and Shah Rukh Khan were approached to star in Farhad’s next.