Kaappaan aims to unite people across all regions: Suriya

Apart from the film’s cast — which comprises Suriya, Mohanlal, Arya, and Sayyeshaa — Rajinikanth, director Shankar were present at the audio launch held in Chennai on Sunday

The album of Suriya’s upcoming film with KV Anand, Kaappaan, was launched on Sunday at an event in Chennai. Apart from the film’s cast — which comprises Suriya, Mohanlal, Arya, and Sayyeshaa — Rajinikanth and director Shankar were present at the event. Kaappaan has music composed by Harris Jeyaraj.

Arya, who plays Mohanlal’s son in the film, spoke about how he worked with two important actors — Suriya and Mohanlal. Calling Suriya his 'elder brother', the actor termed Suriya and Jyotika's relationship, a 'role model for celebrity marriages'. It is notable that Arya’s wife, Sayyeshaa plays Suriya’s romantic interest in Kaappaan.

Director KV Anand called Mohanlal the captain of Kaappaan. He went on to say that no one else could have played the role of Prime Minister. The filmmaker also showered praise on Suriya for being a dedicated actor.

Suriya, for his part, began by highlighting the importance of KV Anand in his own career, citing the success of Ayan as an example. The actor, who recently made headlines for his hard-hitting speech on the New Education Policy (NEP) draft, however chose to speak only about Kaappaan, saying it is a noble film that aims to 'bring about unity across all regions and levels'. 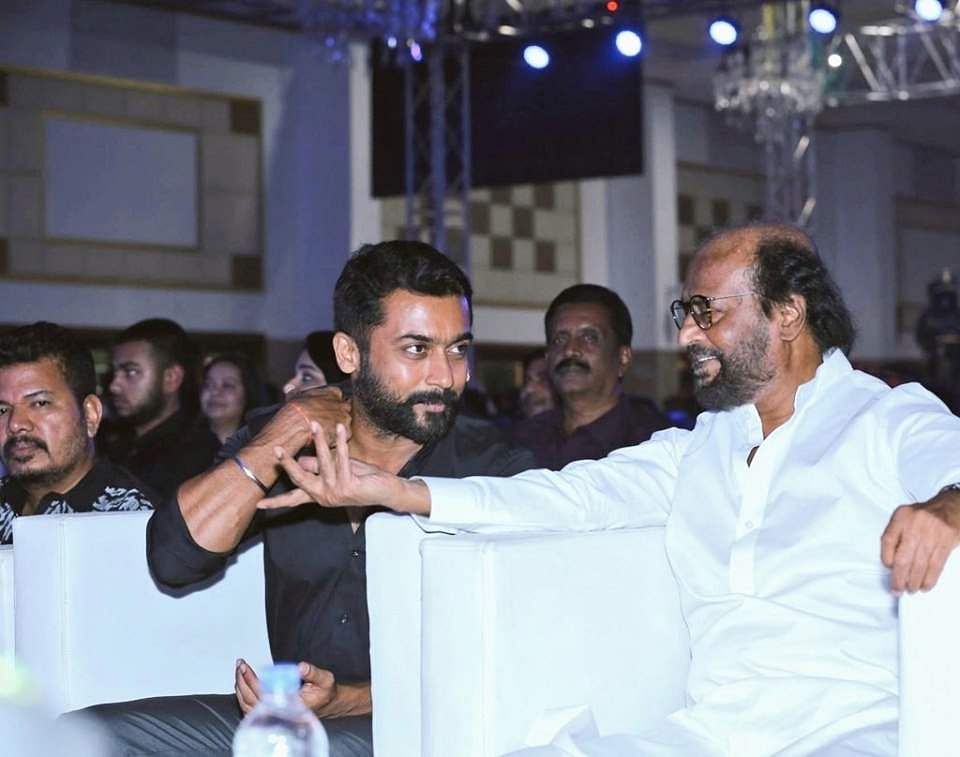 Rajinikanth, who took to the stage to wish the team well, revealed that he had a project with KV Anand on the cards, but it did not materialise due to various reasons. He further praised the Ko director’s script sensibilities and mentioned that the latter was the one who recognised that Sivaji would be a blockbuster (KV Anand was the cinematographer for Sivaji). Rajini further said that while he was sceptical whether Suriya would be a successful actor in the beginning, he was now convinced of his acting chops.

Produced by Lyca productions, Kaappaan will hit the screens sometime next month.