Kamal Haasan's Indian 2, directed by Shankar, went on floors in January this year, and after a few days of shooting, the production came to a halt.

While it was initially reported that the film had been shelved after Lyca Productions backed out of the project, it was later said that director Shankar has managed to convince Lyca, and the project was all set to go on floors from June.

While the film failed to take off in June, the latest speculations doing the rounds are that production is all set to resume in August. And Indian 2 will apparently feature two more heroines, besides Kajal Aggarwal, who was initially announced as the female lead.

According to reports, the upcoming schedule of Indian 2 will feature Siddharth and Priya Bhavani Shankar, who will reportedly be seen throughout the film with Kamal Haasan's character. The film is also said to feature Aishwarya Rajesh and Vidyut Jammwal in key roles, and the latter is apparently undergoing kalaripayattu training for the same. It is notable that Kajal also took part in a kalariyapayattu workshop a few months ago in preparation for her role. 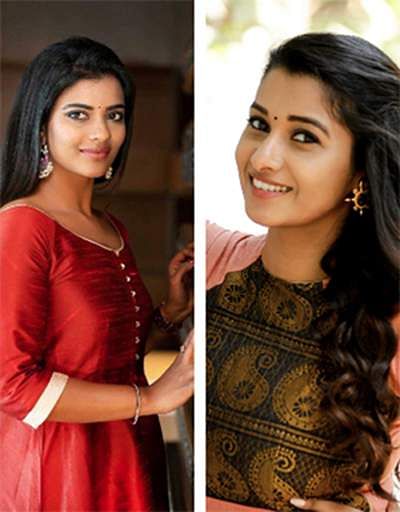 Official confirmation is now awaited regarding the participation of Priya Bhavani Shankar, Aishwarya Rajesh, and Vidyut Jammwal in Indian 2.

Carrying the tagline, Older, Wiser, Deadlier, the film is said to talk in detail about current social issues, and the plot is expected to begin right where the first part ended.