The director has filed a police complaint yesterday against popular Youtuber Maran (aka Blue Sattai Maran) of Tamil Talkies.

The director of Charlie Chaplin 2, which was released last Friday, Sakthi Chidambaram has filed a police complaint yesterday against popular Youtuber Maran (aka Blue Sattai Maran) of Tamil Talkies.

He alleged that Maran had called up T Siva of Amma Creations, producer of the Prabhu-Prabhudheva-starrer, and asked him for money to advertise the film. After the producer refused to part with money or advertorial content, Maran had provided a negative review for the film in a derogatory manner. Post this video, the distributors and exhibitors were shocked and conveyed their fear that this particular bad review might result in them losing crores of money.

Sakthi Chidambaram had then called up Maran and told him that, while he has all the freedom to review a film as he saw fit, he should do a fact check and not talk about things not present in the film. Also, Mr. Chidambaram had asked him to apologise for using derogatory words when talking about the cast and crew of the film in his review. To this, Maran had apparently replied in the negative, told him that he has all freedom to do whatever he wants as long as he makes money, and threatened Sakthi Chidambaram with bodily harm.

So Chidambaram then filed a police complaint asking for steps to be taken against Maran for using social media platforms in a negative manner that resulted in monetary loss for the producer and hurt the feelings of the crew.

Here's the full text of the complaint:- 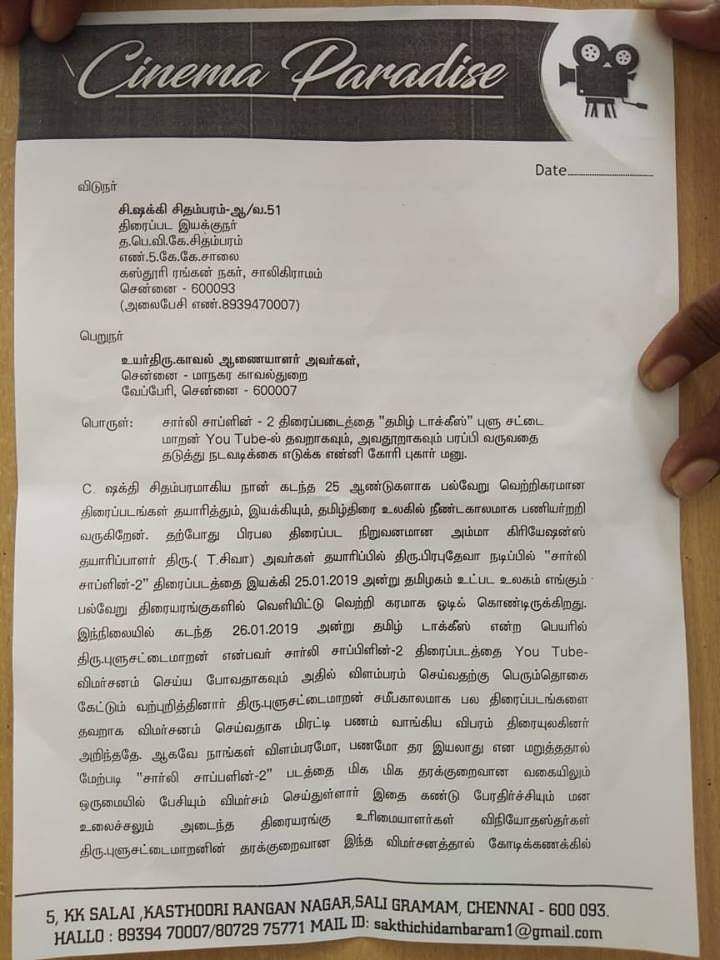 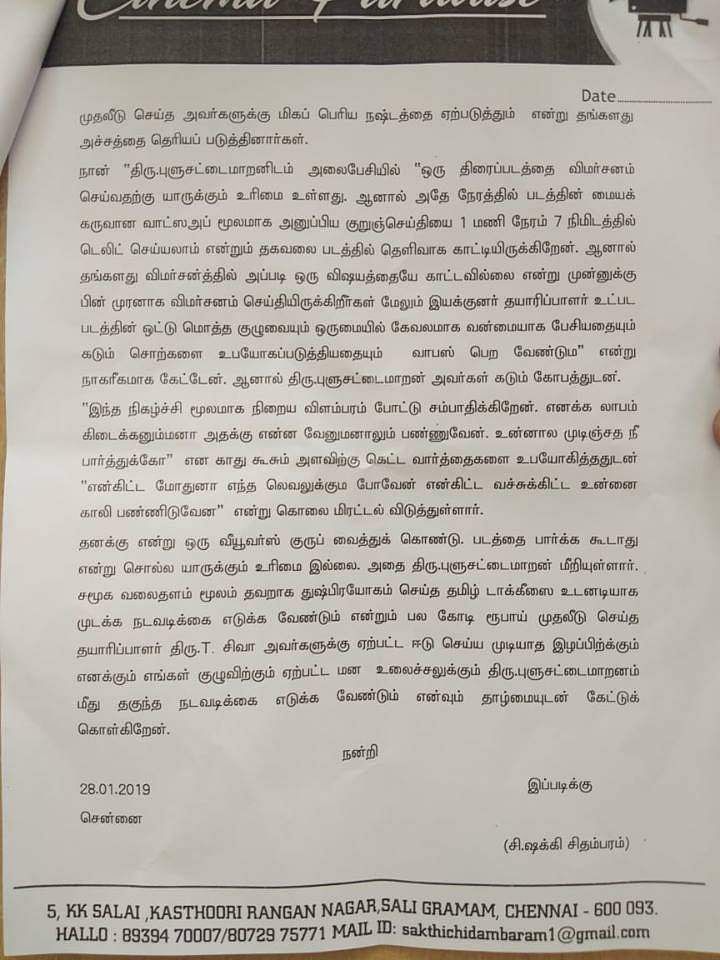