Enable Javscript for better performance
E4 Entertainment not happy with of Bala's Varmaa; to re-shoot the Arjun Reddy remake with a new team- Cinema express
ADVERTISEMENT

E4 Entertainment not happy with Bala's Varmaa; to re-shoot the Arjun Reddy remake with a new team

They will, however, be retaining Dhruv Vikram as the lead to play the titular hero

E4 Entertainment, which holds the Tamil remake rights of Vijay Deverakonda-starrer Arjun Reddy, has dropped a bombshell saying the production house is not happy with the first copy of Bala-directed Varmaa, provided by B Studios, and will therefore not be releasing it.

B Studios, director Bala's production and distribution company, had struck an agreement with E4 Entertainment to remake Arjun Reddy, which was supposed to be the launchpad for Dhruv Vikram, son of actor Vikram. The remake, titled Varmaa, was scheduled for release next week on Valentine's Day (February 14).

E4 Entertainment has now claimed that they "are not at all happy with the final version handed over to us and due to various creative and other differences, we have decided not to release this version."

In addition to this, the production house announced that they have decided to "start afresh, and shoot a new Tamil version, with Dhruv as the main lead by staying true to the soul and intention of the original."

It appears that National Award-winning director Bala has also been dropped, as the statement further says, "Official announcement regarding the new cast and crew, including director will be made shortly."

E4 has announced a new release date of June 2019 for the film.

Here is the full version of the statement from E4 Entertainment: 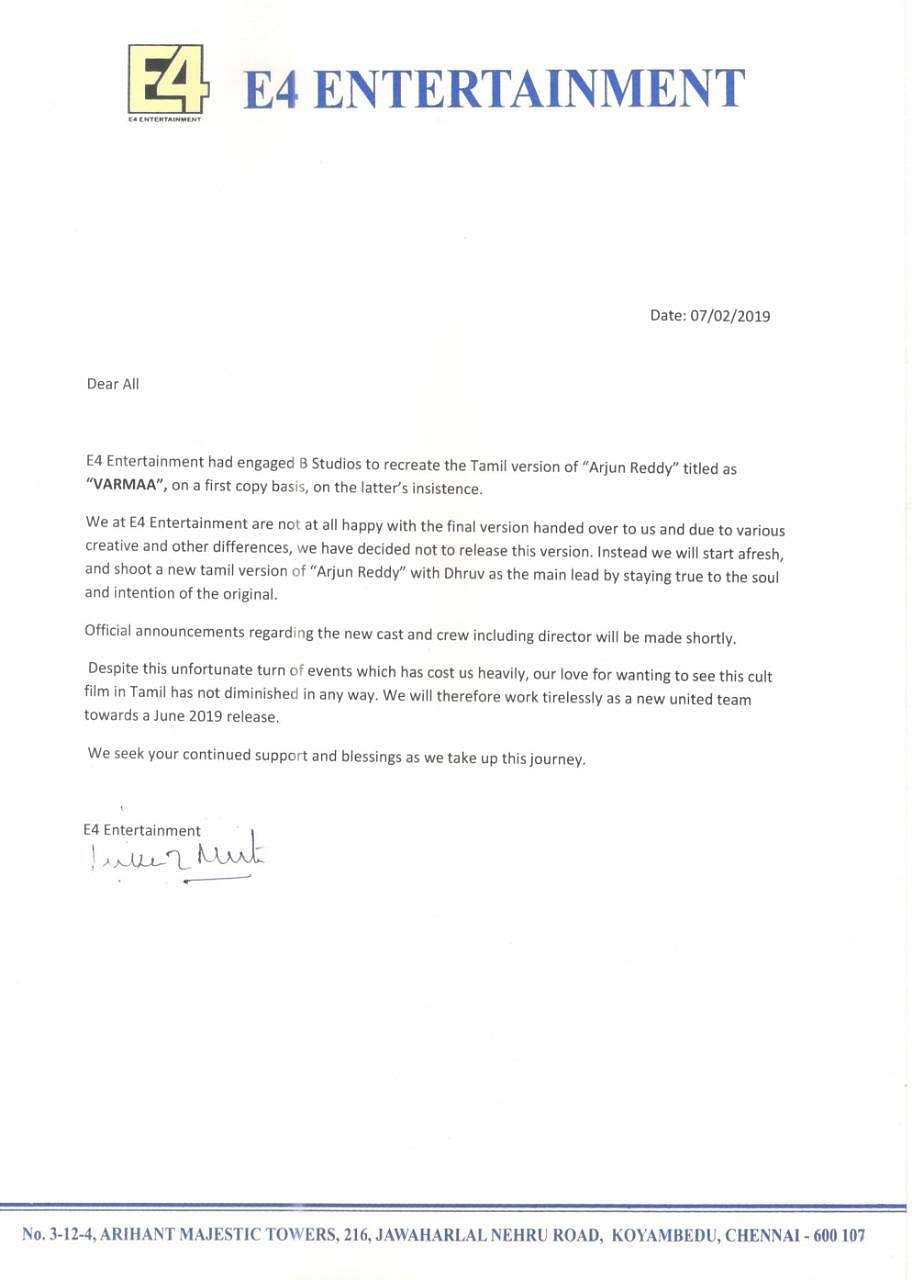