Even as their first collaboration, Hero, is yet to hit the screens, Sivakarthikeyan and KJR Studios are joining hands for the second time for Doctor, which will be directed by Nelson Dilipkumar. The film was recently launched in Chennai, with the cast and crew in attendance.

Priyanka, who impressed everyone with her performance in the Telugu film Gang Leader, is making her foray into Tamil cinema with Doctor. 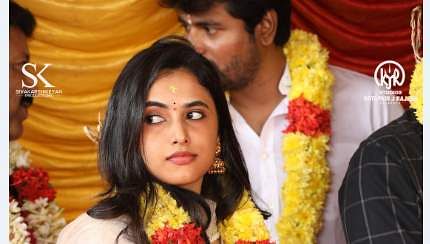 Speaking about the film, director Nelson said, “It has elements of action, thriller, and comedy. The film can’t be put into one genre. It has an ensemble cast consisting of many performers. We will be shooting in Chennai and Goa.”

Nelson Dilipkumar made his debut with the hit film Kolamavu Kokila, which starred Nayanthara in the lead.