The biographical war drama is scheduled for release on March 12, 2020

The first-look posters of The Kargil Girl, starring Janhvi Kapoor as Indian Air Force pilot Gunjan Saxena, are out.

Hailing from Delhi, Gunjan was among the first female air combatants of India. She entered the war zone during the Indo-Pakistan Kargil war of 1999 and helped bring Indian soldiers to safety. The biopic on her life is directed by Sharan Sharma and produced by Dharma Productions. The film also stars Pankaj Tripathi as Gunjan’s father and Angad Bedi as her brother and a soldier. 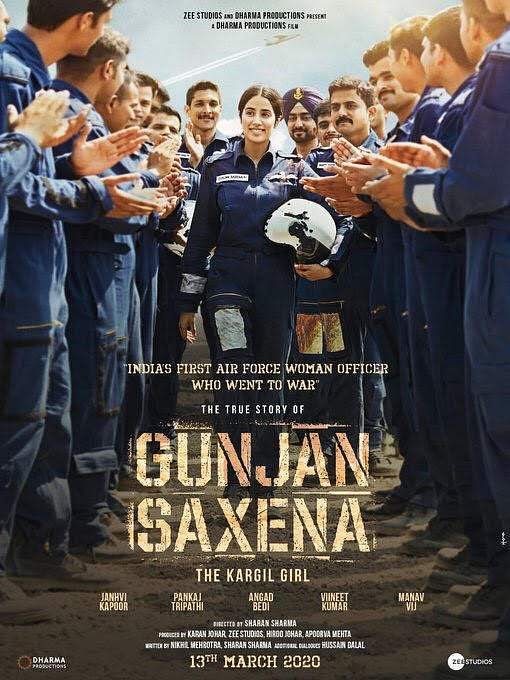 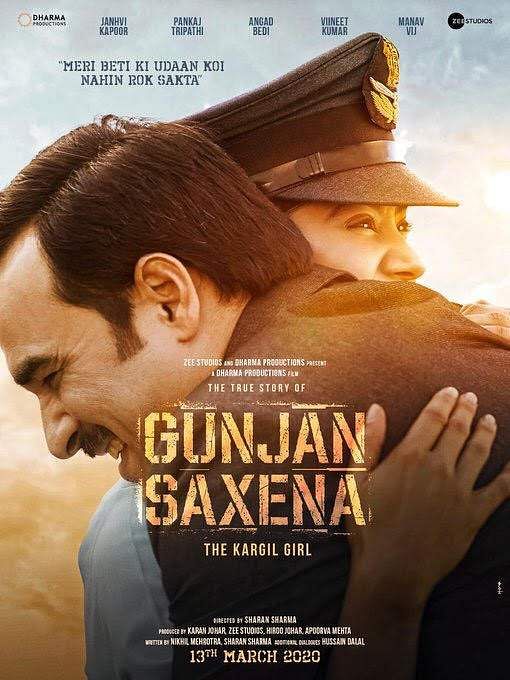 Kargil Girl was shot in and Lucknow and the high altitude regions of Kazbegi in Georgia. The film is scheduled for release on March 12, 2020.

Janhvi Kapoor made her Bollywood in Dhadak (2018), opposite Ishaan Khatter. She has been cast alongside Kartik Aaryan in Dostana 2. Pankaj Tripathi, meanwhile, was recently seen in Super 30 and Sacred Games 2.