The actor seems to have shed quite a few kilos to look the part of the racer in the action film.

With Nerkonda Paarvai - the first collaboration between actor Ajith, director H Vinoth, and producer Boney Kapoor - running to packed houses, updates about their next have started doing the rounds. While earlier reports suggested Ajith would play a cop in the film, it has now come to light that Thala 60 will be an action entertainer with Ajith playing a bike racer.

Amidst all these speculations, a recent photo of Ajith Kumar clicked with a fan show the actor in a fit new clean-shaven look, dressed in black attire and sporting black hour. The actor seems to have shed quite a few kilos to look the part of the racer in the action film. 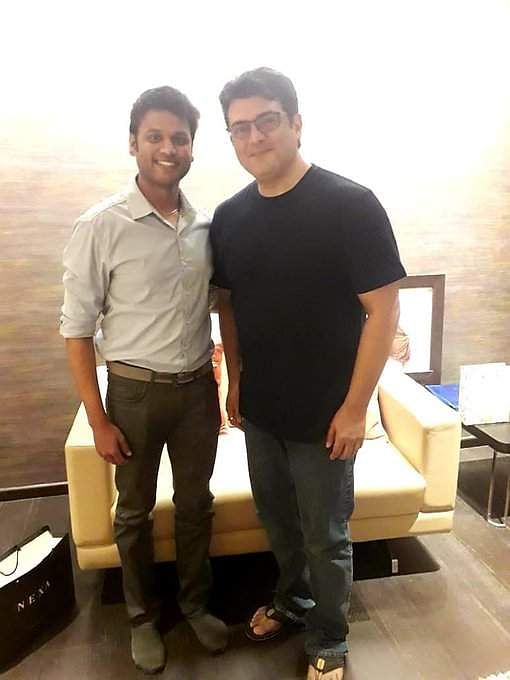 In a recent interview, the producer Boney Kapoor had also revealed that the film will capitalize on the actor's passion for racing. Thala 60 is expected to be shot in locations like Budapest, South Africa, and the Middle East.