While the Kannada and Malayalam censor boards have certified their respective Queen remakes with no cuts, the CBFC had found many objectionable scenes in the Tamil version

The successful Bollywood film, Queen, is being remade in all four South Indian languages - Tamil, Telugu, Kannada, and Malayalam - by Producer Manu Kumaran under his home banner, Mediente Films.

While the Kannada and Malayalam censor boards have certified their respective Queen remakes with no cuts, the CBFC had found many objectionable scenes in the Tamil version, starring Kajal Aggarwal, and had ordered 25 cuts for a U/A certificate. The producers apparently took the issue to the revising committee and there it was stated that only an 'A' certificate is possible if the team wants to proceed with the film without ant cuts.

Interestingly, a shot from the trailer - which had Elli Avram, who plays Kajal’s friend in the film, grabbing Kajal's breasts - had raised many an eyebrow, when it was released a year ago. The original version in Hindi had a similar scene played by Kangna Ranaut and Lisa Hayden. Ramesh Aravind the director of Paris Paris is now said to be in a dilemma whether to go with the 25 cuts including the controversial scene or settle for an adults-only certificate. 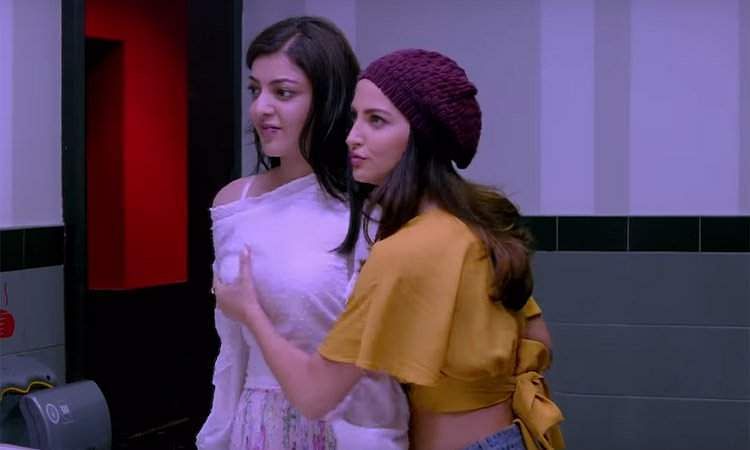