Jayam Ravi's upcoming comedy entertainer, Comali, has been censored and the CBFC has awarded it a U certificate, and the runtime has been revealed as 143 minutes. The film is produced by Vels Films International and directed by debutante Pradeep Ranganathan.

The film, with music by Hip Hop Tamizha, is scheduled for an Independence day release. 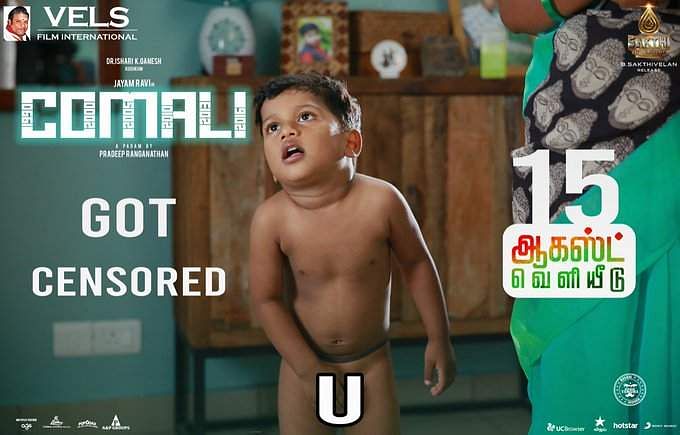