Salman Khan’s first look poster from Ali Abbas Zafar’s Bharat is out. The actor is seen sporting a grey beard and moustache with navigator eyeglasses, depicting the latter stages of his character’s life. Adapted from the South Korean drama Ode To My Father, Bharat follows the journey of a man over the course of six decades, starting from the Partition of India to the present times. Salman will be seen sporting six different looks in the film. This one, in particular, is from the year 2010, as reveals the poster.

The teaser of Bharat was released on January 24 earlier this year. The film’s trailer is scheduled to be launched on April 26. The trailer will be attached to the theatrical version of Avengers: Endgame in India. 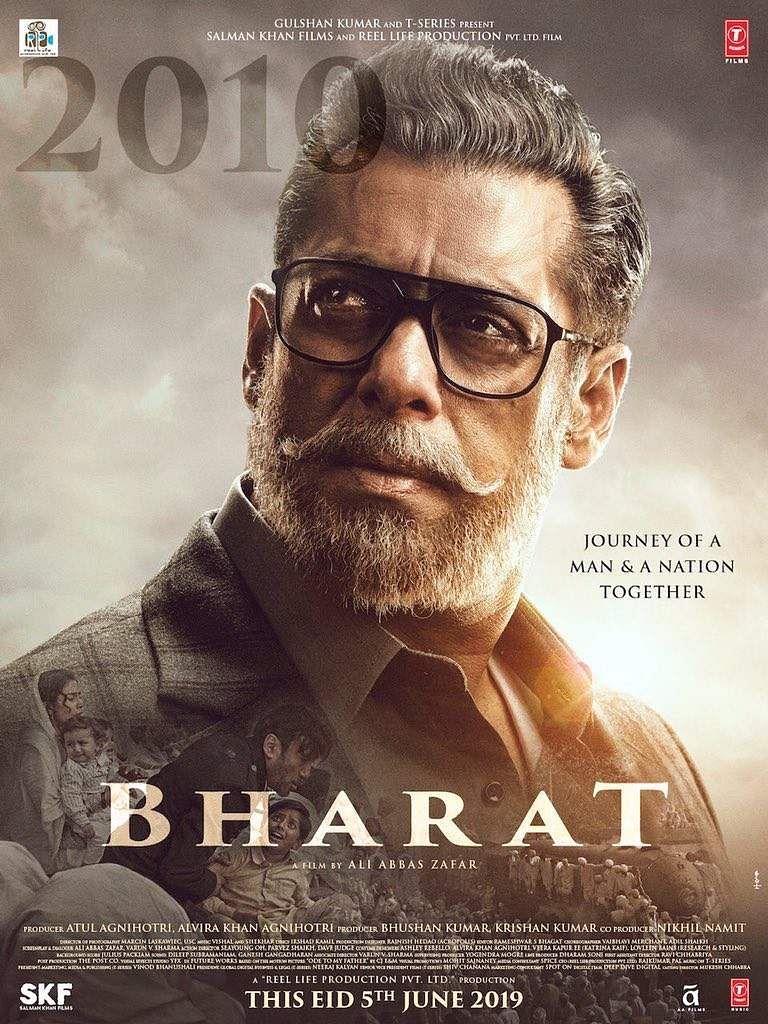