Last seen in Kaala Koothu this year, Sai Dhanshika has signed a film titled Yogi Da, which went on floors yesterday. Directed by newbie Gautham Krishna, the film will be an action thriller.

The debutant director says, "Dhanshika's role in Kabali was named Yogi, and considering Yogi Da is an action film that has her in the lead, we couldn't have chosen a better title. The film will have a lot of action and even mentioning the one-liner of the story will give away the crux of the film. We've commenced shooting in Coimbatore and are planning to shoot here for 30 days." 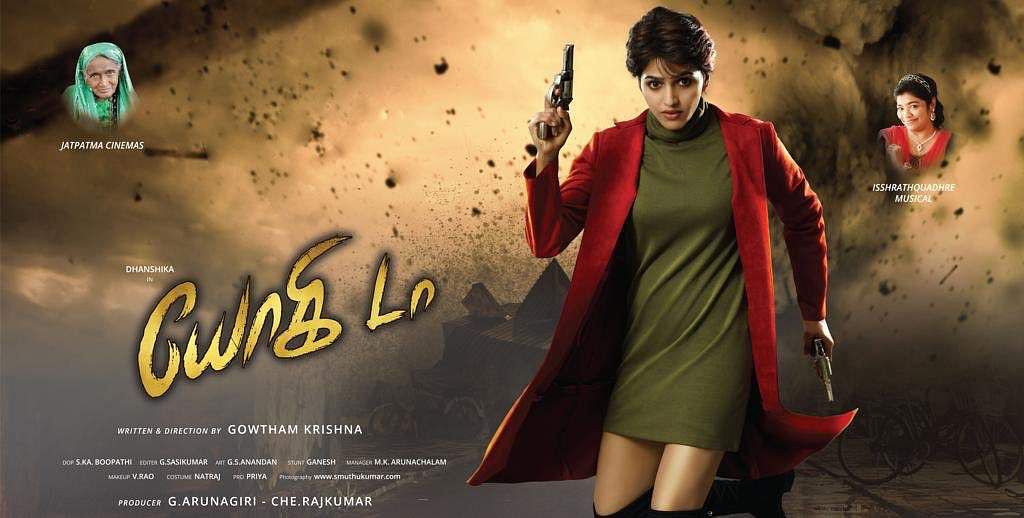 The film, also starring Sayaji Shinde and Manobala, has Kabir Duhan Singh of Vedalam fame playing the villain. Thavasi-fame SK Boopathy is handling the cinematography, while the dialogues are written by Gautham Krishna and Himesh Bala. The film will have music by AR Rahman's sister, Isshrath Qudree.