Selvaraghavan: I hope to make films till my last breath

In this heart-to-heart conversation the director elaborates on his choices in his latest film, Nenjam Marappathillai, and discusses his hopes and aspirations

It’s quite an achievement that after a decade full of horror duds, a decade full of filmmakers attempting to capitalise on the popularity of the horror genre, Selvaraghavan’s first film in the genre, Nenjam Marappathillai, exudes an air of novelty. It may seem like a regular story on the surface, but the filmmaker, as he has done with many of his recent films, reaches out for something loftier: in the case of this film, an examination of the struggle between god and devil through the focus on its depraved protagonist, Ramasamy (SJ Suryah). Here’s Selvaraghavan himself discussing this film in detail and in the process, providing a lot of insight into his person.

Given the strong commentary on faith in this film, is it fair to conclude you are a believer?

I strongly believe in a deity and hope to understand so much more. My first dream was to become an engineer. And then, I realised I wanted to become a filmmaker. Today, I think I want to try and understand God. I hope to hang up my boots sometime and set out on a personal journey to discover myself and God. I like to think of this as the last leg of my journey.

Wait, are you talking about quitting cinema?

(Laughs) I am conflicted because I also want to make films till my last breath, like Clint Eastwood, who is making films though he is in his 90s. I don’t think the filmmaker in me will ever die. 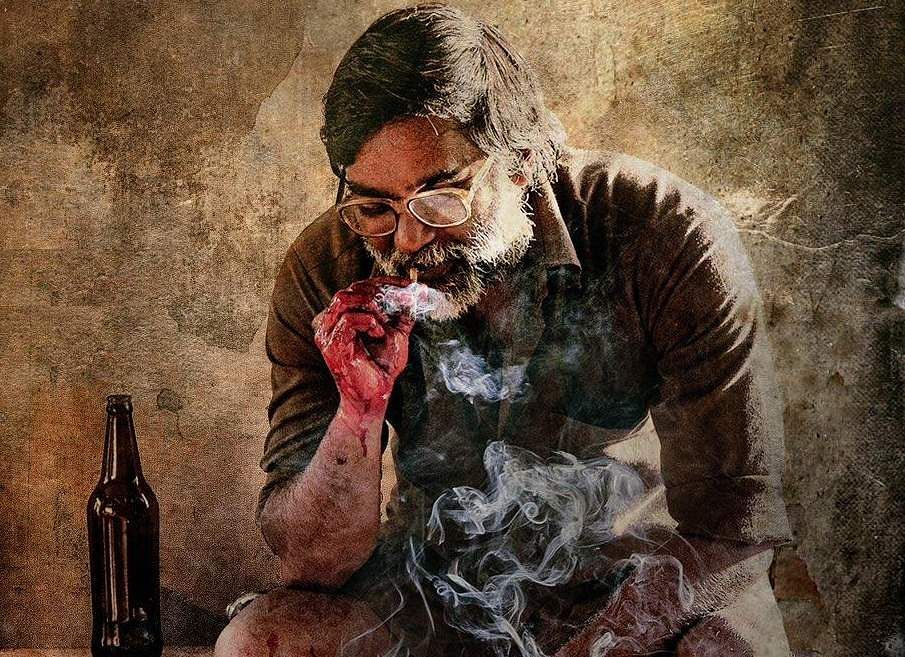 With Saani Kaayidham, you are turning actor as well. Is this choice motivated by your admiration for Clint Eastwood as well?

I am embarrassed to be mentioned in the same breath as him (laughs). The script of Saani Kaayidham seemed interesting. I think every filmmaker is an actor. If I get good scripts, I’m quite happy to try my hand as an actor.

Considering that Nenjam Marappathillai suffered a substantial delay, was there ever the worry that it could feel outdated?

I always believed in this script. I always told people like SJ Suryah that no matter when this film gets released, it will still feel fresh. Some scripts have that quality. Some others don’t, but I guess it was fortunate that the delay affected this film. 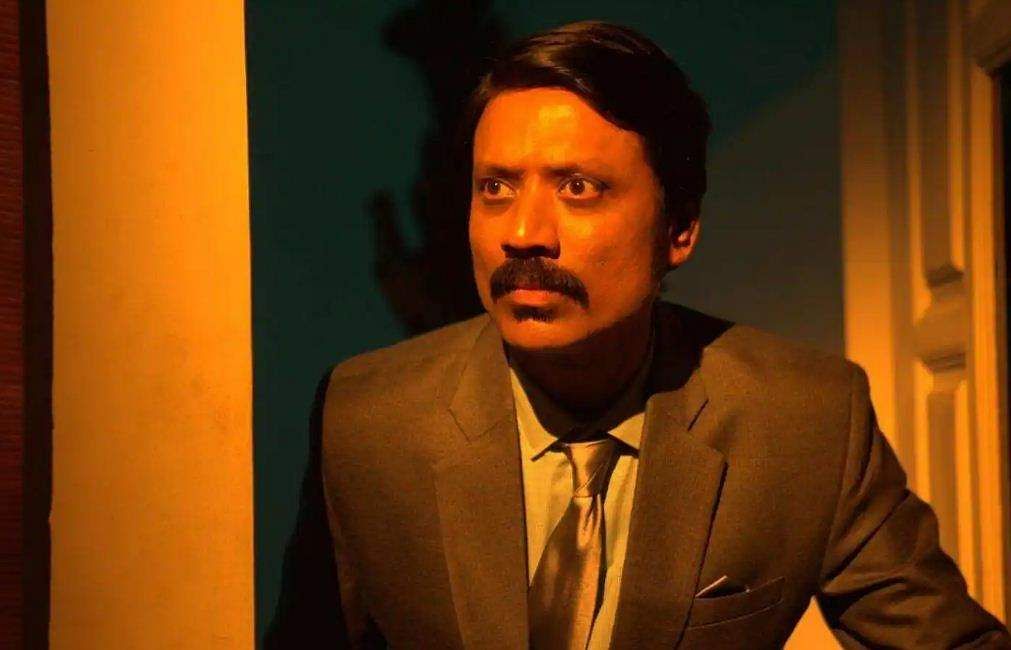 SJ Suryah, whose performance has come in for a lot of praise, seemed such a natural fit in your world.

For years, I have been watching his work and have wanted to work with him. I have always found him to be an interesting actor. There are many such talented actors out there, looking for opportunities from the right filmmakers.

While on performances, Dhanush has always spoken about your influence in shaping him as an actor. What do you credit for the evolution of your cinema understanding? When did this happen?

I owe it all to cable television. It did not matter if I was beaten up at home for wasting time on it; I would sit and watch the same films over and over again on channels like Star Movies. I was addicted. I was intoxicated by what I was watching. Cinema is an irreplaceable teacher. After everyone at home slept, I would watch cable television all night long, the volume barely high enough for me to hear what was going on.

Watching films is one thing, but being able to read them is quite another.

Yes. You can’t become a filmmaker simply by watching films. You can’t become a screenwriter by simply writing over and over again. I may be wrong here, but I believe that filmmakers are born, not made. Let us also remember that it is all such hard work. Only I know how many thousands of pages I wrote before Kadhal Kondein, pages that went into the bin because they did not seem good enough to me.

SJ Suryah’s rather animated performance and dialogue delivery seemed to be influenced by the late Sivaji Ganesan.

You have to trust me on this, but we never set out to mimic Sivaji sir. I think it’s just how SJ Suryah is. His persona in this film is quite exaggerated too; so, maybe that added to it all.

What was the idea behind shortening the character name, Ramasamy, to Ramsay?

I have always been amused by how many Indians alter their names when they travel abroad, so they can seem more sophisticated. I thought it would be funny to add this trait to the protagonist. 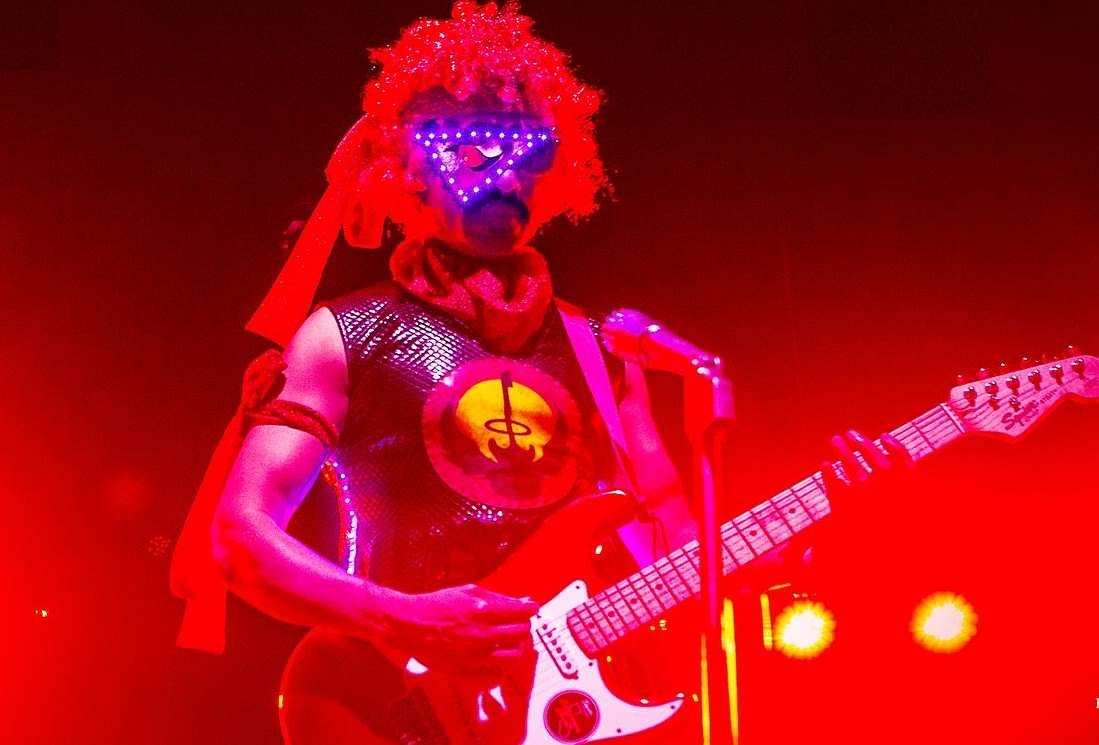 I loved those rock portions that feature SJ Suryah in an outlandish costume, and thought they were a great way to bring out his inner self. Was it hard to explain what you were going for, when shooting them?

I meant for those portions to signify the most private side of Ramsay. SJ Suryah really let go in those scenes. Ramsay thinks of himself as a rockstar and those in home as his audience. I did not want to make these ideas obvious to the audience. As a filmmaker, I assume that the audience will understand.

I have refused to spoon-feed information from Thulluvadho Ilamai. I have always backed my instincts. I think it is the duty of filmmakers to introduce new ideas. Today, people are exposed to world cinema; Tamil audiences, especially, have been receptive to new ideas from the days of Bharathiraaja.

After the release of NGK, you had to take to social media to make its ideas clear to fans.

Each film has a story behind it. Maybe someday, I will talk about the story of NGK.

I knew that placing a song would be difficult in this film. I have always wanted my films to feel like a wacky trip. I think all these ideas came together really well in Nenjam Marappathillai. It also helps that I write the song placements in my script, with much description.

When Yuvan and I collaborate, our objective is always to create something different. We do that, so we can feel satisfied about the creative process. We both remember that we have come a long way. We were young men when we embarked on this journey. Today, we are more friends than colleagues. I guess that’s why our collaborations feel particularly special. He understands what I want without my having to verbalise them. 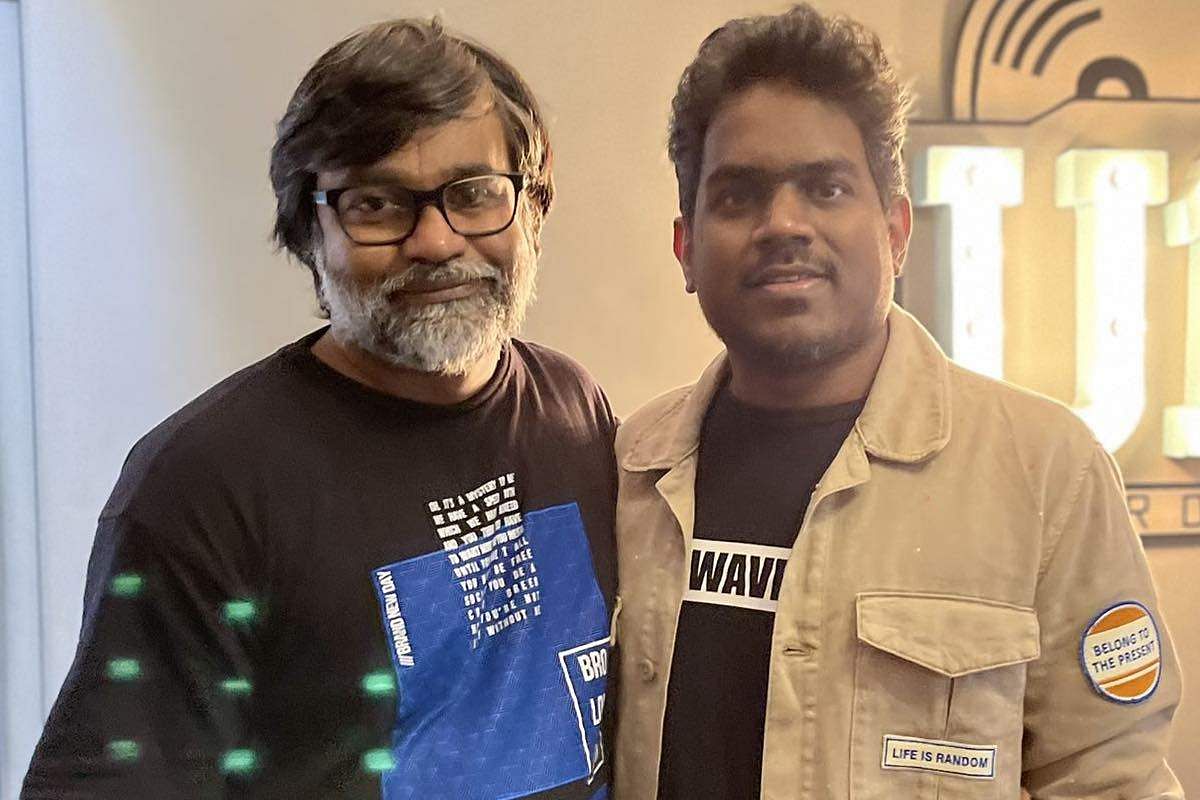 Yuvan has previously spoken about how you approach him with world music references. Specifically, Western classical and orchestral music has always been a part of your cinema.

I love Western classical music; I love Mozart, Beethoven… I love opera. My family thought it was quite strange that someone as young as I was, was listening to such music. I guess it’s just my personal taste. Also, Western classical has a certain rhythm to it that lends itself naturally to editing patterns. I think it has an enduring quality too. I hope to attend a live concert sometime.

Ramsay deems everyone evil and refers to himself as the embodiment of it all. Is that your commentary on the world as well?

I think it’s a falsehood that everyone is good in our world. I choose to acknowledge the truth that everybody has a bad side to them. I truly believe this.

The film also has a lot of class commentary. The wealthy characters act without empathy, while Mariam, defined by her innocence and generosity, is not charmed by money. You also speak of how those with new money aren’t welcome in traditionally wealthy families.

I think money makes it quite easy for wrongdoers to escape punishment. It’s obvious in our world, isn’t it? As for the newly rich people not being welcome in wealthy cliques, this is something I have experienced personally (laughs). You can flaunt brands like Ferragamo and Louis Vuitton, but they don’t care. They will respect only those who are born into money. I wanted to cover this in my film.

Dhanush, our sisters, I… we all grew up in poverty. Having risen today, I have realised that there is no happiness in money. I hope to make a film about this someday, about the nature of happiness, about the futility of the pursuit of money. 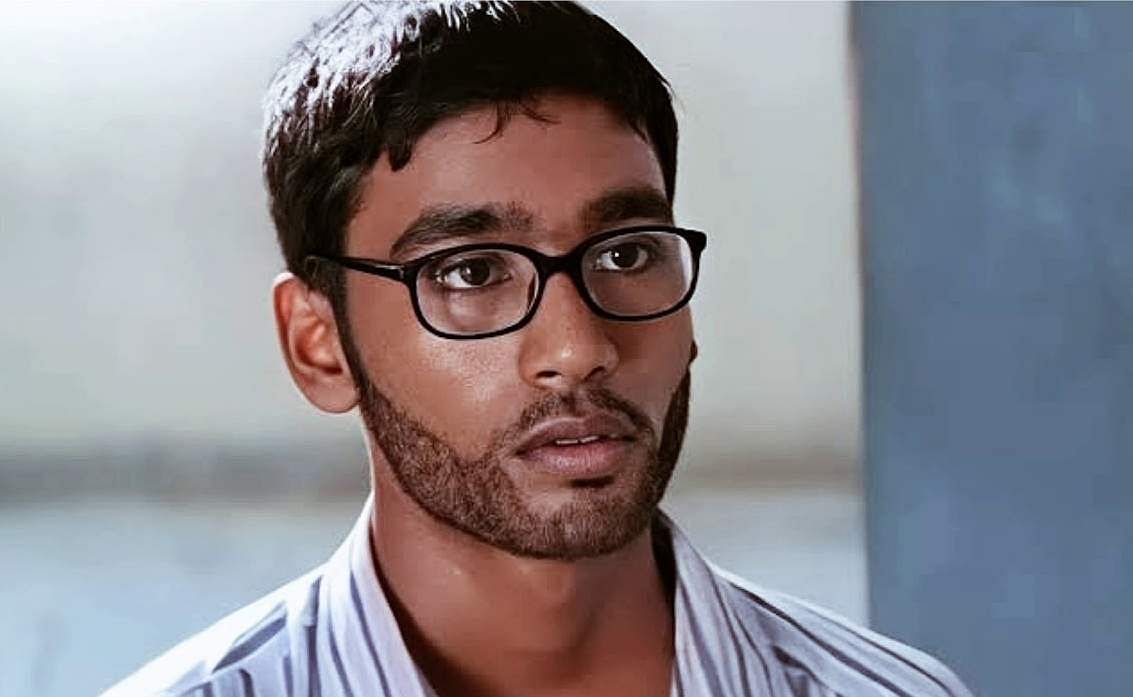 Ramsay seems crippled by his inferiority complex. Many of your protagonists have been introverts.

I could make them to be larger-than-life heroes too. I guess that makes for a different experience. When I make them next-door guys, they become more relatable. The story becomes easier for me to execute. The truth is, our society is full of introverted men. Growing up in a modest T Nagar locality, we felt like aliens when among the confident and the extroverted. I was not one of those who could easily step into a group of friends and become one of them. I guess all of this comes through in my films.

Did you have any concerns that Ramsay, when played by someone as charismatic as SJ Suryah and when armed with your dark humour, could end up winning the support of audiences?

Not at all. I knew people wouldn’t accept him, considering what he does to Mariam. In fact, many have called me after the release of the film, asking why I did not subject Ramsay to a more cruel fate. They wanted me to fry him in hell.

Could you expand on the character of the old, visually impaired man in this film?

I conceived him as a drop of god. That’s why the moment he encounters Mariam, he is heartbroken by what he already knows to be her fate. That’s why he cries. I love every scene he is in; I loved writing and filming them. Nenjam Marappathillai is a film so close to my heart.

I found it interesting that you refrained from shooting the horror of the gang-rape and murder.

The VFX portions towards the end of this film seemed rather rudimentary. Was it due to budgetary constraints?

Yes. Also, during conception, certain promises get made, and then, we all try the best we can. I mean, we all realise we are not making an Avatar (laughs). But I know we can do better; we must. My idea of VFX is to have it be integrated so seamlessly that the audience doesn’t even see it. 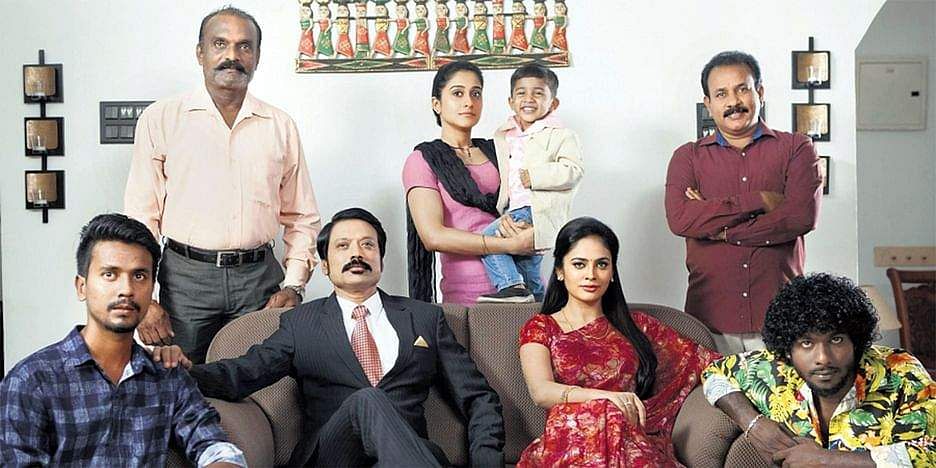 How much does it affect you when what you conceive does not make it to the screen?

Filmmaking extracts a huge toll on you. You toil much for a film, even though you don’t have to. Aayirathil Oruvan took away two-three years from my life. Nenjam Marappathillai is a film so close to my heart—and to have to wait for five years to see it come alive... There is just so much pain in this field. It’s so glamourised on the outside. There’s pain in all forms of art, yes, but I think filmmaking hurts the most. I know I signed up for it though. Without enduring such pain, I know I cannot feel the euphoria of seeing my vision on screen.

Even after all these years, I remain as wild a filmmaker as I was when I began. My hunger for cinema is still the same. It’s not about the money; it is about the joy in making something new with each film. That’s why Clint Eastwood, though he has done it all and won it all, is still making cinema.

I hoped to be a screenplay writer—and if someone wants me to, I am still happy just to write… In the process, I have become a filmmaker. I want to do everything I can in cinema. That’s why I refuse to make another Kadhal Kondein or 7G Rainbow Colony. Only by trying out something new can my life feel interesting to me.