The film, directed by D Satya Prakash, will be bankrolled by PRK Productions in association with Sathya and Mayura Pictures

Puneeth Rajkumar’s PRK Productions which is aims to bringing out content-based films, will bankroll Rama Rama Re director D Satya Prakash’s upcoming film, Man of the Match. The film is produced by Ashwini Puneeth Rajkumar in association with Satya and Mayura Pictures. The project, launched on March 18, went on floors in April but was paused due to the lockdown. The director, who resumed shooting post the relaxation, will wrap the entire picture today. Interestingly, Puneeth had visited the sets a couple of days ago, and wished them good luck.

Director Satya is elated about his film being presented by Puneeth’s production house. "I was in talks with Puneeth sir to helm a project for him, and have been discussing it for almost one year. However, the pandemic caused a delay. I was free for three months when the story idea of Man of the Match struck. I thought this was a good topic to explore. And when the first lockdown was lifted, I went back to Puneeth to discuss his film, and also shared with him the story of Man of the Match. It caught his attention. I even shared a couple of scenes from the film which further excited him. He felt the content was quite fresh. Since he was tied-up with several projects, he suggested that I take up this film and he would back it. The moment I got a green signal from, I took it up,” says Satya. The director says that Puneeth has been supporting him since the time he discussed the one liner, and his support helped him complete the movie at one go. Interestingly, the entire film was shot in Kanteerava Studios. It is the first time an entire picture has been shot under one roof. The social satire, made with a decent budget, mostly comprises artistes who had worked in Rama Rama Re.  At least 120 artistes are part of the film, which has a lot of freshers. “Since the shooting was taking place at one location, we didn’t keep it monotonous, and came up with different backdrops. We also played around with the lighting,” explains Satya. 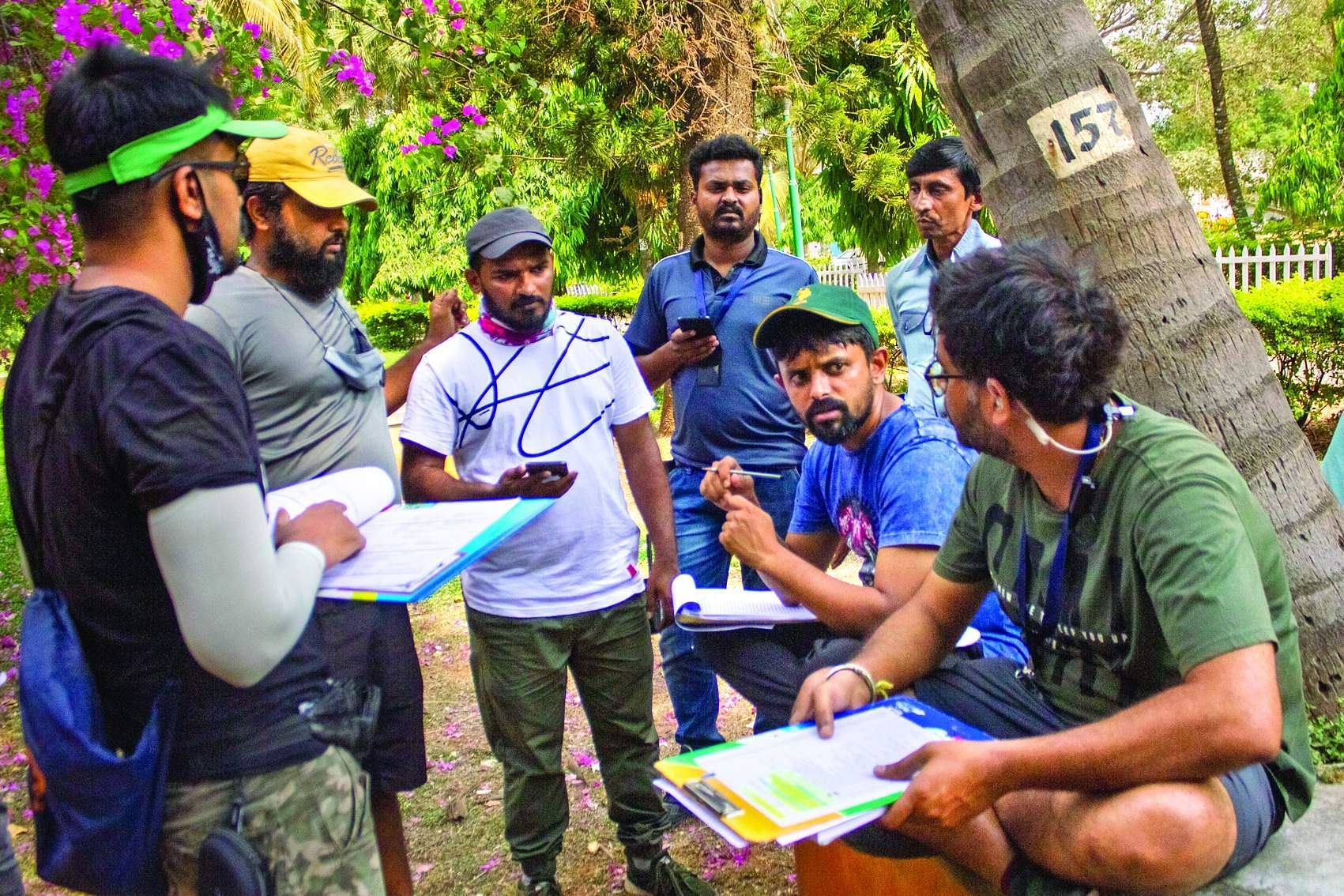 While the term ‘man of the match’ is usually associated with the game of cricket, Satya’s film refers to everyday life. “Life is a match, and we are the players. A person can play the game without values, but cannot become the man of the match. That’s the theme of my film,” says Satya. The actors include K Jayaram, Dharmanna Kadur, Nataraj among others. Music directors Nobin Paul and Vasuki Vaibhav are scoring music, while cinematography is handled by Lavith Kumar and Madan Katokar. The film’s editing is done by B S Kempraju, while the art department is handled by Varadaraj Kamath.