Maadathy director Leena Manimekalai: Our families would collapse if women chose to freeze after abuse

The filmmaker talks about her powerful new film, Maadathy, that explores the suffering of women and caste oppression, is now out on the OTT platform, Neestream

It is said that a journalist is someone who gets paid to learn through their interviews. Even still, I hardly expected that the conversation with director Leena Manimekalai would turn out to be a masterclass on caste-based oppression, censor board problems, and the female gaze in cinema. Even simple questions—like one about the germination of the film’s idea—drew incredibly detailed answers from her. You can see where she gains her knowledge from; she has been actively pursuing these stories for years. “I have been working on a documentary feature named Rape Nation since 2015, that is based on five sexual harassment survivors, who led a legal movement against injustice and emerged as social leaders. While doing research for this documentary, I came across an oppressed community named Puthirai Vannars; this was the spark for Maadathy," she says.

Puthirai Vannars are thought to be the 'Dalit of Dalits' and the last in the caste-based hierarchical system. "They are thought to be ‘unseeables’. Even today, people consider seeing them a sin. Women from these community have faced sexual violence due to both gender and caste discrimination. Though I had touched upon this topic with my early documentaries, Mathamma and Parai, I wanted to make a feature film based on the struggles of Puthirai Vannar women. I met them, researched about their life for two years, and came up with the script of Maadathy," she says.


Excerpts from the conversation:

Is the protagonist’s name, Yosana, a philosophical choice, as the girl is a dreamer? Or is it a common name in the community?

A mix of both. Yavanika Sriram, the co-writer of the film, came up with this name. I liked it because it roughly translates to, ‘a girl lost in her thoughts’. Also, yes, it’s a common name in the community.

Do you consider migration to cities and towns as the first line of defence by the oppressed? The fate of Yosana turns worse when she tries to migrate, though.

Villages have forever been romanticised in films and novels. But for people from oppressed societies, villages have never been safe places. Migration is indeed the first step to liberation, but a wholesome culture change is the need of the hour.

I stayed in ex-Tahsildar Murthy Ayya's house during my research for the film. He was the first graduate of Puthirai Vannars. Even though he is an ex-government employee and a learned man, till date, he is forced to bow down while crossing ‘upper caste streets’. His brother's family is still enslaved and forced to wash period blood-stained clothes and the clothes of the dead. For migration to happen, the people must receive the grants of the government and get themselves educated. But there is a fundamental flaw in our system, as these oppressed people depend on testimonials of their oppressors to get their community certificate. This has prevented thousands of people from getting educated. 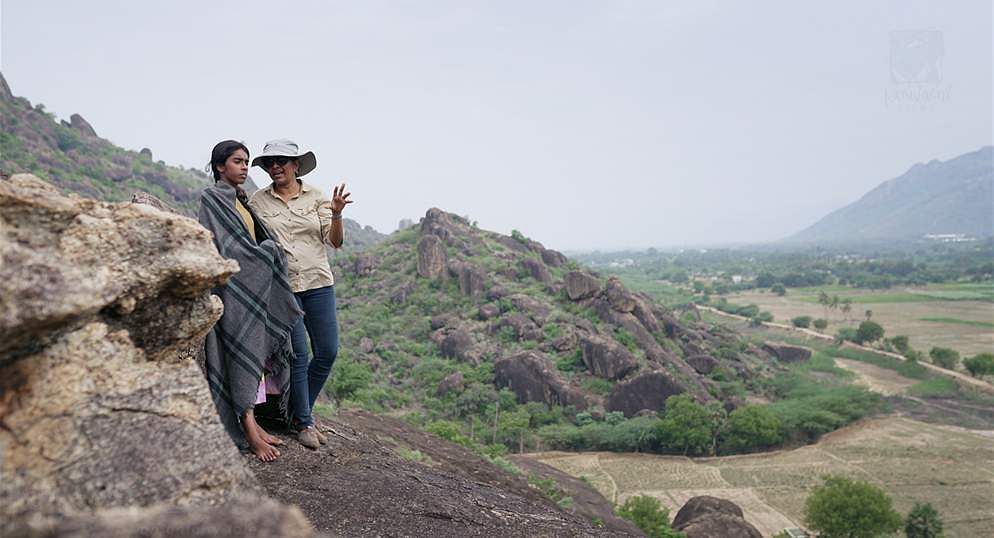 Maadathy has plenty of profane language, and strong visuals too. Had this been a theatre release, would these parts have been retained?

Absolutely. I was keen to take this film to the theatres, and above all, the film has been certified by the tribunal without any cuts. I fought a lot for this certification. The film got banned by the local censor board for ‘harming the religious sentiment of Hindus’, and for showing ‘a minor girl experiencing infatuation’ and for ‘swear words'.

If the truth hurts people, let it. The purpose of art is not just to entertain, but also to provoke. I was infatuated at the age of 13. All small deities of Tamil Nadu like Muniyan, Neeli, and Mariyamman are representations of oppressed people who either rose against injustice or succumbed to it. As for the language, that is the reality. Most cuss words are insults aimed at women. I explained all this and got my film censored by the tribunal, like with my previous films. As this tribunal has been dissolved by the central government recently, the future of a lot of films is at stake now.

Do you see a solution to this issue in the future? What could be the remedy?

The mere existence of CBFC is an insult to a vibrant democracy like India. It is a dust-collecting, dead, colonial government agency that is wasting taxpayers’ money. So long as this agency exists, creative freedom will be curbed. CBFC committee members are political appointees who know nothing about art. The tribunal should be brought back, or the power of censorship should be stripped away from CBFC, with the agency allowed only to certify films.

Sadly, even OTT platforms aren't free of censorship today. Every streaming service demands CBFC certification, and their own originals are getting unofficially censored. Very soon, a major film will face an issue because of the absence of the tribunal and then, only then, will the entire industry fight for a change.

Do you consider yourself an activist who uses film as a medium? Or a filmmaker with social consciousness?

(laughs) I am an artist first. But to say what I want to say, in the way I want to say, I have to be an activist too. The ideologies I studied and practised over the years made me understand my world better. Humanity is the only thing that matters to me now. 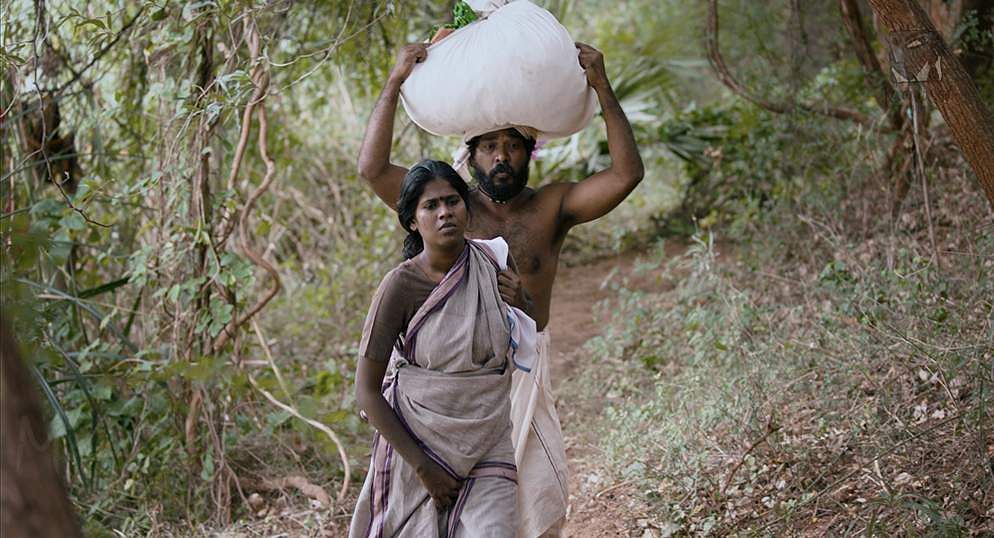 Yosana's mother goes to work the very next day after being raped, in order to put food on the table. It’s a disturbing reality.

Every woman must have gone through abuse in some form and chosen to move on. They can't live life by holding on to scars. Our family structure would collapse if women chose to freeze after abuse. Women who go through frequent abuse because of their caste, are used to their daily dose of cruelty. I believe their DNA has the spirit of a survivor. They know they will be abused when they step out, and yet, they do. They don't have the agency to share their abuse nor the luxury to stay indoors.

As for our cinema, our films have barely got the female gaze right. Even an award-winning film like Paruthiveeran had a voyeuristic tone in that climax gang rape scene. Perfect female gaze is impossible for commercial cinema.

Maadathy is a rare Tamil film to feature male nudity.

I felt that this scene was crucial to the film as it shows the blossoming of the primal desire in a girl. So, I made sure that everyone in the crew, especially the two actors involved, were completely aware of the purpose and placement of the scene. We shot the suggestions of both the girl and boy separately to ensure their privacy. I followed the same technique for the final rape scene too. 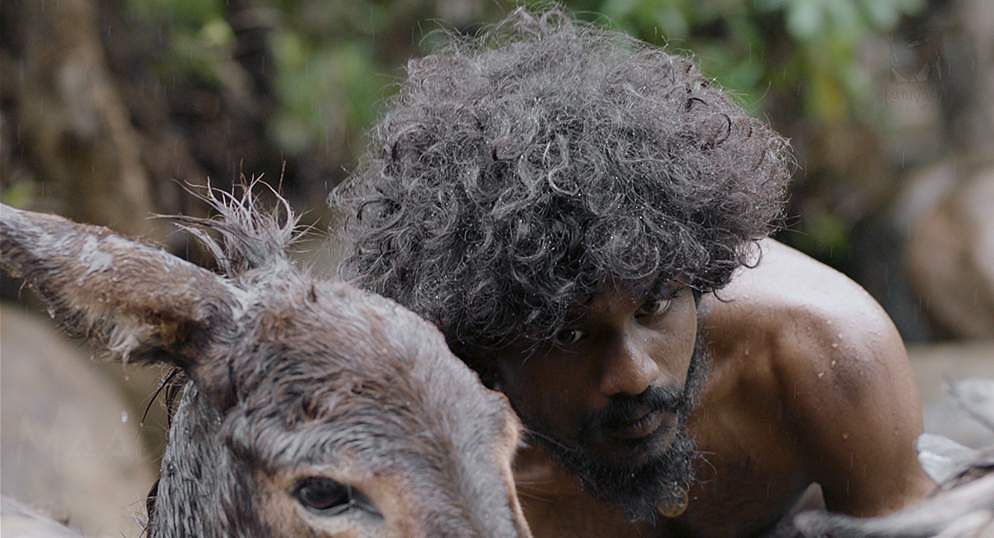 A few people felt that the scene was unacceptable, but in real life, men bathe nude, as part of community bathing in villages, and every girl is pretty much exposed to it. Mainstream cinema hardly touches upon this reality, as it’s only interested in showing women in provocative angles. It's careful to fabricate reality to show men in the most dignified, majestic manner.

Top directors in Tamil cinema often say that the commercial compromises exist to take social messages to a wider audience. Have you ever considered fitting into the ‘commercial template’ for the same reason?

Never. I would worry about my target customers if I were selling a product like a fairness cream, but I am here to make films. If I ever tweak my script to reach a wider audience, I will turn from being a creator into being a businessperson. I don’t ever want to make that trade. If I get a bigger budget in the future, I will use it to invest in the technologies needed to improve my cinema and promote it.