It’s natural for actors to utilise interviews as opportunities in which to speak about themselves and their work. Devadarshini, however, surprises by opening with a compliment for the Cinema Express team: “I've heard great things about how your team covers the entertainment beat.” This empathy for others—for the stranger asking her questions—is evident through the conversation. She even makes a joke when she asks if I’m married and as I respond in the negative, she says, “So, you are not a family man.” This sense of humour was evident across her work on television and cinema over the years, but her acclaimed role in The Family Man is quite in contrast. 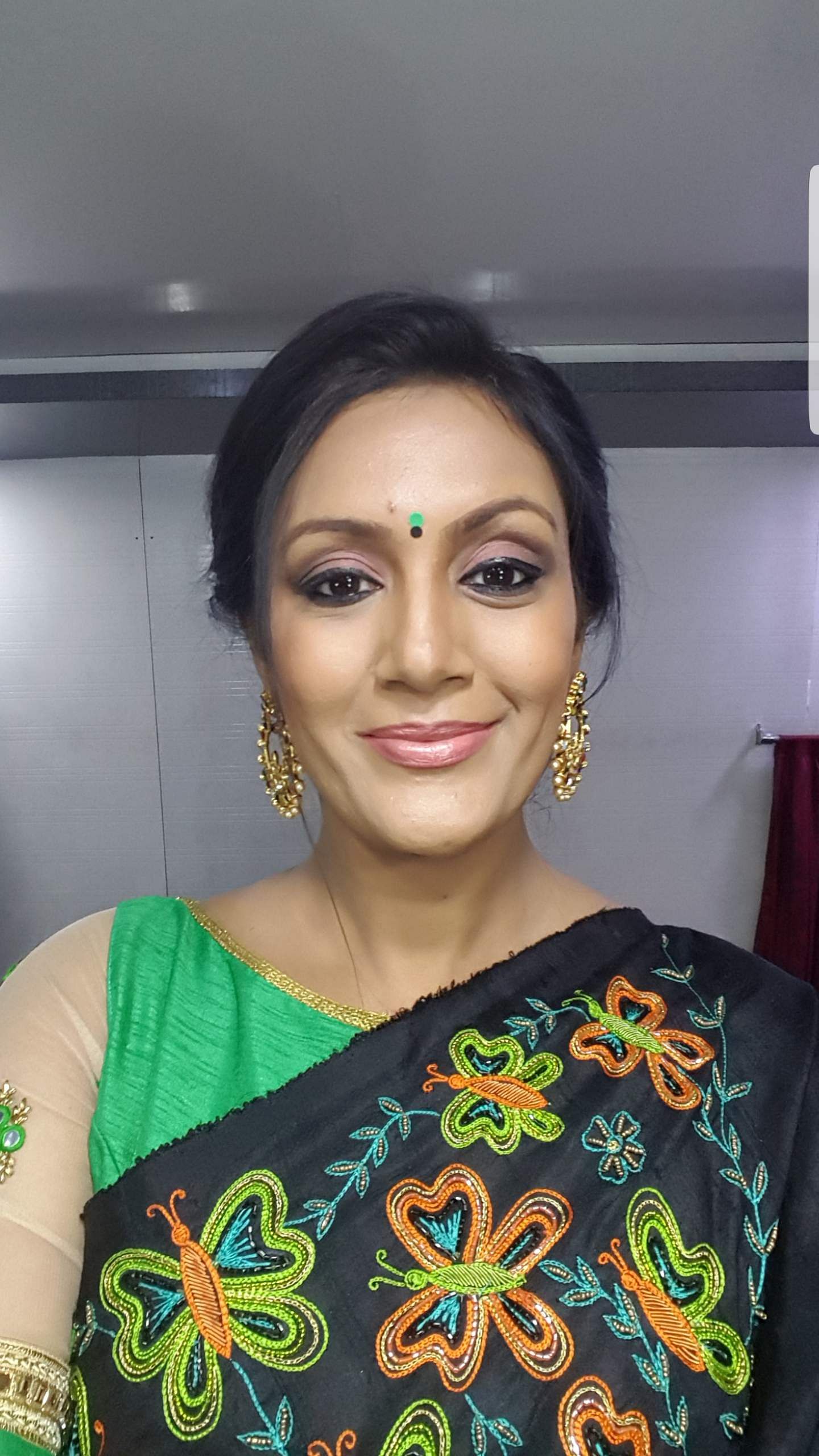 We learned that you were not sure at all whether the casting call you got for The Family Man was authentic.

Sometimes, I get prank calls and these days, there are even TV shows about that. So, when I get such calls, I try to be subtle and yet, remember to make sure I don't say something I shouldn't. When someone, claiming to be from Mukesh Chhabra's office, called me, I thought it was a joke. When they called me the next day and asked me for an audition, I ran it by my husband (actor Chetan) and he told me to respond. Else, I might have missed the biggest opportunity of my life (laughs).

Does it help that everyone in your family is now part of the industry?

I consult Chetan for everything regarding my work. He is my first critic and I'm, sometimes, scared of his opinion of my work. A compliment from him means a lot, as he’s the type to be open about criticism. He was into scriptwriting, and I remember being his first audience and critic. Now, our daughter has joined us in the conversation too.

We all binge-watched the second season of The Family Man and every time I was shown, I would look at the reaction of those two. He said the series was so well made. I waited for him to say something about me, and finally, he said, "Oh, you were so good." My daughter seemed excited that I had a mini love track in the series as well (laughs).

It must have seemed unusual to get the role of a Tamilian in a Hindi series.

Bringing in a Tamil actor for the part felt like a logical choice. As it hasn’t happened a lot earlier, it might sound strange. I found it very comfortable to play the character; it felt like a Tamil project.

Your character, Umayal, seemed to be a physically demanding role.

I ran around a lot (laughs). I knew about it from the script and had two months to get ready. I began running to prepare for this role, as it had been years since I did. It’s a strong, fierce character.

Filmmakers have typically invited you to play over-the-top characters, but here, you played a grounded policewoman.

I am comfortable with playing all types of characters. In fact, I started my career (Marmadesam) with a realistic character. Then, when I had to exaggerate my performance for my very next role in Ramani Vs Ramani (also directed by Naga who did Marmadesam), it felt odd. In the beginning, I was nervous and uncomfortable, but I got a hang of it.

Only after Kanchana did characters come to be written for me. Till then, I was at a phase where I was not choosing much as there was hardly anything to choose from. I can say I was a serious person before these roles came my way. These characters have loosened me up.

What are your thoughts on roles being written for supporting actors?

Even in star vehicles, they have begun writing more realistic characters. One of my first films, Kaakha Kaakha, is a good example of this. It won me a lot of recognition. 96 too was about Ram and Jaanu, but surprisingly, I got a lot of positive feedback for my role. When my daughter was roped in to play the younger version of my character, I remember telling her that she would not get noticed as the focus would be on the heroine. But she too got recognised and I was pleasantly surprised. It's nice to see directors and writers write good characters these days.

When you began doing a lot of comedy, were you worried about getting stereotyped?

It’s easier to make the audience cry than make them laugh. To make people laugh demands that the script, the director, actor and the co-artists all come together—unless, of course, you are a gifted comedian like Vadivelu (laughs). After Kanchana, I was continuously doing humorous characters, yes, but when I was approached for the Telugu film, Awe, I wondered, 'Why me?'. It was nice to see creators spotting newer dimensions in artists.

You began playing lead characters for television, but turned into a character artiste for cinema?

I had no ambitions of being a heroine. I think I was scared of romance or dancing for the big screen. Television felt like I was working in an office. After marriage, it was Chetan who asked me to at least listen to scripts before turning them down. Enakku 20 Unakku 18 was the first film I signed, and this was followed by Parthiban Kanavu and Kaakha Kaakha. They all happened after I got married.

Our industry is notorious for being unwelcoming to women with dark skin. How do you see this?

This has never been an issue for me; in fact, I have got me more characters as filmmakers believe I fit easily into certain roles. I hope that any discrimination on the basis of skin colour has disappeared from our industry.

There has been some criticism about the dark makeup for Samantha in the series.

You have shown adaptability in moving from television to cinema to now, OTT.

OTT content is a blessing for actors and directors. It allows for experimentation and detailed work. When you can tell a story over 10 hours, imagine the detailing each character can get. For artists like me, such avenues offer better work. The criticism is also sharper now. Everyone's a critic now, and it motivates us to put more thought into our work.

Theatres, of course, will survive forever. The thrill of watching a film in a theatre is unique, and that is a different world. All three platforms—television, OTT, and theatre—are interdependent while being independent of each other.