Vidya Balan discusses her new film, Sherni, in which she plays a female forest officer in Central India

Script choice is now second nature to Vidya Balan. Even when she errs—Shaadi Ke Side Effects, Kahaani 2—the film turns out to be hard, fascinating choices. Her latest seems almost destined to succeed: a team-up with Amit Masurkar, the director of Newton (2017), and a film about a female forest officer in Madhya Pradesh. Premiering on Amazon Prime Video, Sherni is a Vidya vehicle all through—they didn’t even change her name. “My character's name is Vidya Vincent,” Vidya shares about her new venture. “She is introverted and reserved. She is not the kind to fight back, which makes her task as a forest officer all the more challenging.”

Playing a character like that was an ‘eye-opener’ for Vidya. It got her in touch with a part of the environment she wasn't entirely aware of. “As a performer, to get deep into the skin of Vincent, I had to undertake an approach of acting and speaking through my expressions and silences.” Here, she praises Amit’s ‘unusual, realistic’ approach to character-building. Before Newton, the director had helmed Sulemani Keeda (2013), a comedy about two screenwriter friends in Mumbai. Vidya had worked with Amit on several ads and admired Newton.

On Sherni, Amit “would constantly be checking both the script and performance to make sure that it feels real,” Vidya says. “We were all being true to what we were doing. It's a very realistic approach. It's an interesting combination because he is also great with humour.”

On the trail of a man-eating tigress, Vidya’s character encounters many adversaries. Predictably, most of them are human. The trailer shows her fending off sexist barbs while striving for a ‘balance’ in the human-animal conflict. Working on the film, Vidya came to recognise the intricacies of wildlife and conservation. “Sherni mirrors the man vs wild conflict, and presents a deeper insight,” she says. “Both humans and animals are equally dependent on each other, and we need to recognise, appreciate and strengthen that.” 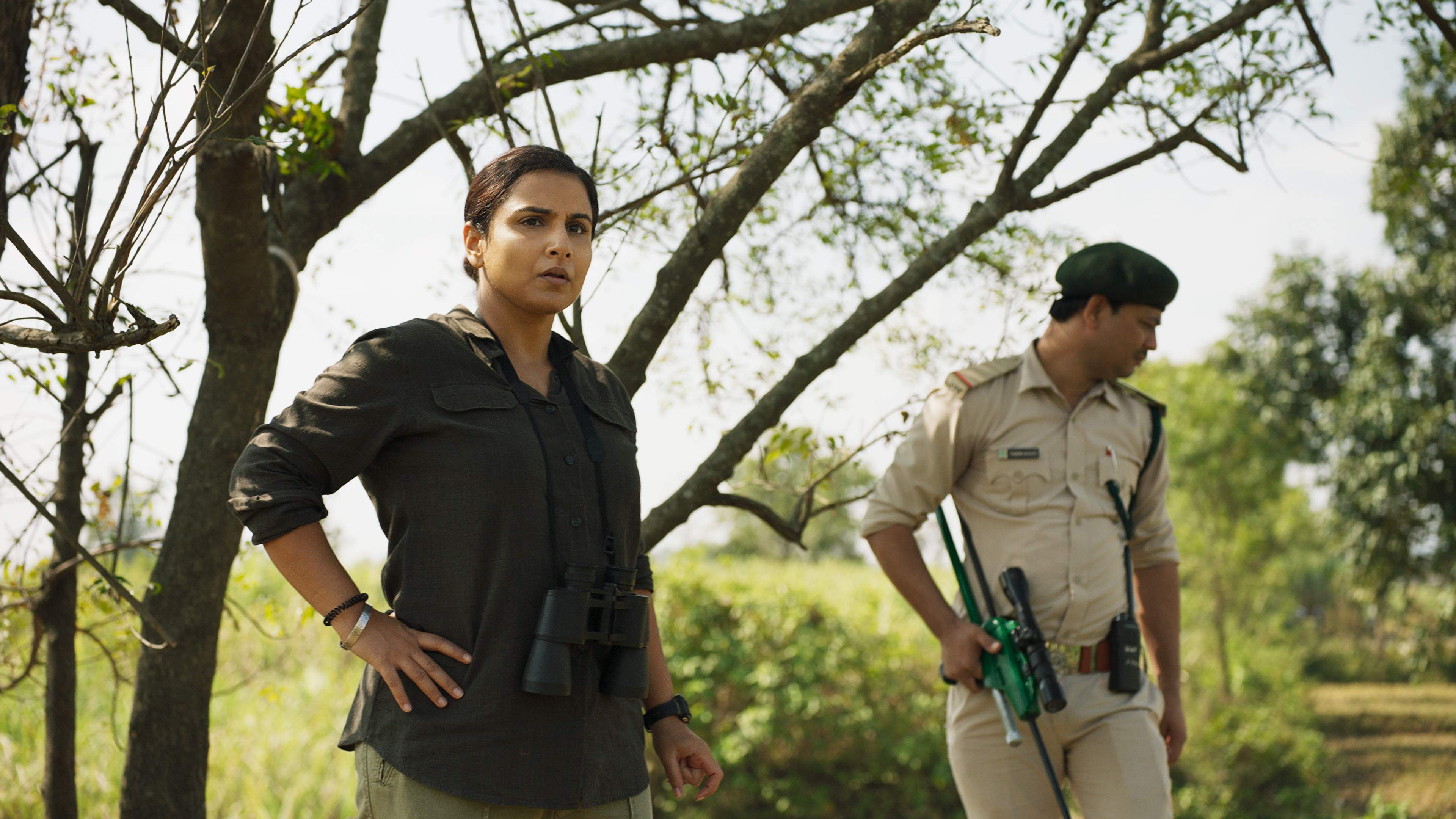 She adds, “Honestly, before this film I didn't think like that, and for me, this is a huge departure from the way I feel about the animal world or wildlife. It educated me on the impact that our activities have on wildlife and made me realise that striking a balance is absolutely necessary and the need of the hour.”

Ideation is one thing, but shooting, quite another. The film had gone on floors in March last year. After the first lockdown, production was halted and resumed again in October. In addition to safety protocols, the dense jungles demanded intense caution. Vidya found it challenging at first but was also thrilled for the opportunity.

“I have been on quite a few safaris on vacations mostly, and just the thought of being around the crawlies would make me uncomfortable. But during 'Sherni' in the jungles of Madhya Pradesh, I stayed in a tent during the first schedule and that was an amazing experience. I went on long walks in the forest. We were shooting in summertime; so, it wasn't very green, and I felt safe walking on my own.”

This is Vidya’s second straight-to-digital release in the pandemic. Her last film, Shakuntala Devi, was also premiered on Amazon Prime Video.

“Having a release in these times is nothing short of a blessing; I've had two of them already,” Vidya says. “Sherni’s story has universal appeal and it felt prudent to release it on a digital platform. You can experience the jungle from the comfort of your home. I think this is the best possible outcome under the circumstances.” 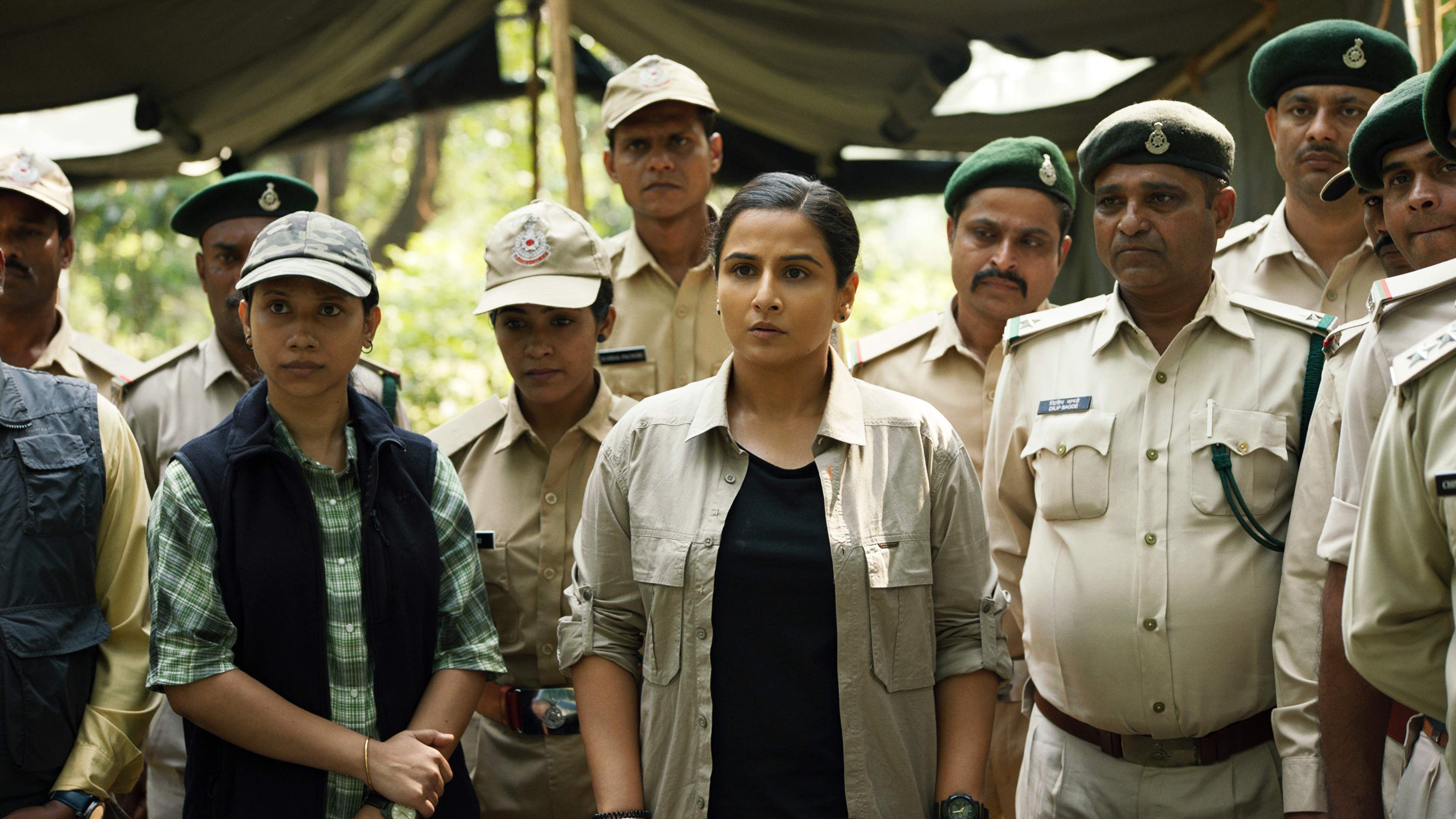