In speaking of how Jagame Thandhiram has changed over the last year, Karthik Subbaraj also touches upon his affinity for gangster characters, and how close Tamil cinema is to rope in Hollywood stars

Pre-release conversations with filmmakers can get quite frustrating sometimes. While the interviewer is forced to operate on guesses and conjectures, drawn out of teasers, trailers and sketchy news reports, the filmmaker has to remember to walk a tightrope between answering questions and giving too much about the film away. And yet, Karthik Subbaraj helps these promotional conversations rise above such limitations, largely because he isn’t too caught up with playing it safe. Of course, this characteristic should not come as a surprise, given that this filmmaker had the courage to make a film like Iraivi after the super-successful Jigarthanda. At a time when the who’s who of the film industry showed interest in being the next ‘Assault’ Sethu, Karthik made a film with a scathing view of toxic masculinity, and in the process, rubbished the very idea of machismo that was so celebrated in Jigarthanda.

His reluctance to seek refuge in dull diplomacy manifests itself in his very first answer when I point out to him that art—creation and consumption—is, during these times, seen as being almost a luxury, and ask if he, like many other artists, feels a sense of guilt about promoting films. Karthik, who’s having this conversation to promote Jagame Thandhiram, clarifies that while the Coronavirus-afflicted present doesn’t seem like the best time in which to celebrate films, he feels “no guilt” speaking about his upcoming film. “We must remember that the film industry is affected too. Many have lost their jobs,” he notes. “We need to try and rise out of this slump; the entertainment industry is a vital cog in the wheel of culture. So, no, I feel no guilt, and I hope we can all return to work soon.”

For Karthik, it is not exactly a ‘return to work’ as he was never really on a break in the first place. The many lockdowns served to offer him more time in which to fine-tune Jagame Thandhiram, which was originally planned for release on May 1, 2020. “I think that it has become a different film during this period,” explains Karthik. “We have reworked many aspects of the film. Santhosh has also used this time to make some terrific contributions to the film’s music. If I may say so myself, I think the film has come out really well.” 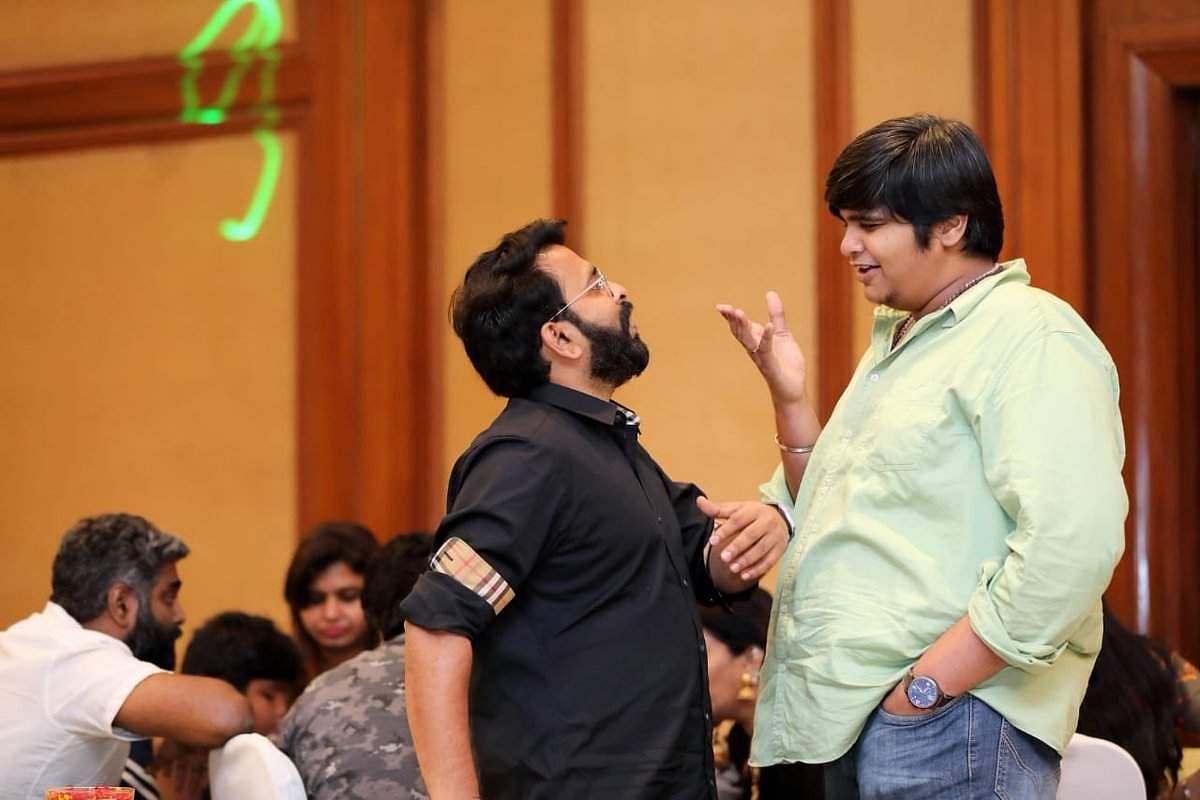 Karthik’s ambition as a filmmaker is well-known by now, but even still, it was quite something to read reports that he had his sights set on casting Robert De Niro or Al Pacino for a role in Jagame Thandhiram. “The character in question, Peter, is one of three roles around which this film revolves. And yes, I did want De Niro or Pacino to join us,” confirms Karthik, and goes on to speak of the effort the team put in to try and make this dream possible. “The budget often determines whether it is even feasible to approach them. We had the process in place. We hired a casting director in the US, and we learned that unlike in India, you can’t simultaneously approach multiple actors for the same part. So, it involved a lot of waiting—and we were willing to wait.” Alas, it was not to be—and yet, the whole process served to affirm that the stars of Hollywood are not as far from us, as they once were. “Our cinema is creating an impact across the world, and our stars too are acting there now—like Dhanush himself, for instance. A collaboration with a Hollywood star may happen faster than we expect.”

The film did get a reasonably popular Western actor in James Cosmo (Braveheart, Game of Thrones, and The Chronicles of Narnia). “As he's a British actor, we changed the setting from New York to London. The direction team was quite excited, as everyone knew him as Mormont from Game of Thrones,” says Karthik, smiling. “I found him to be an unfussy professional who treated the script with a lot of sanctity.” 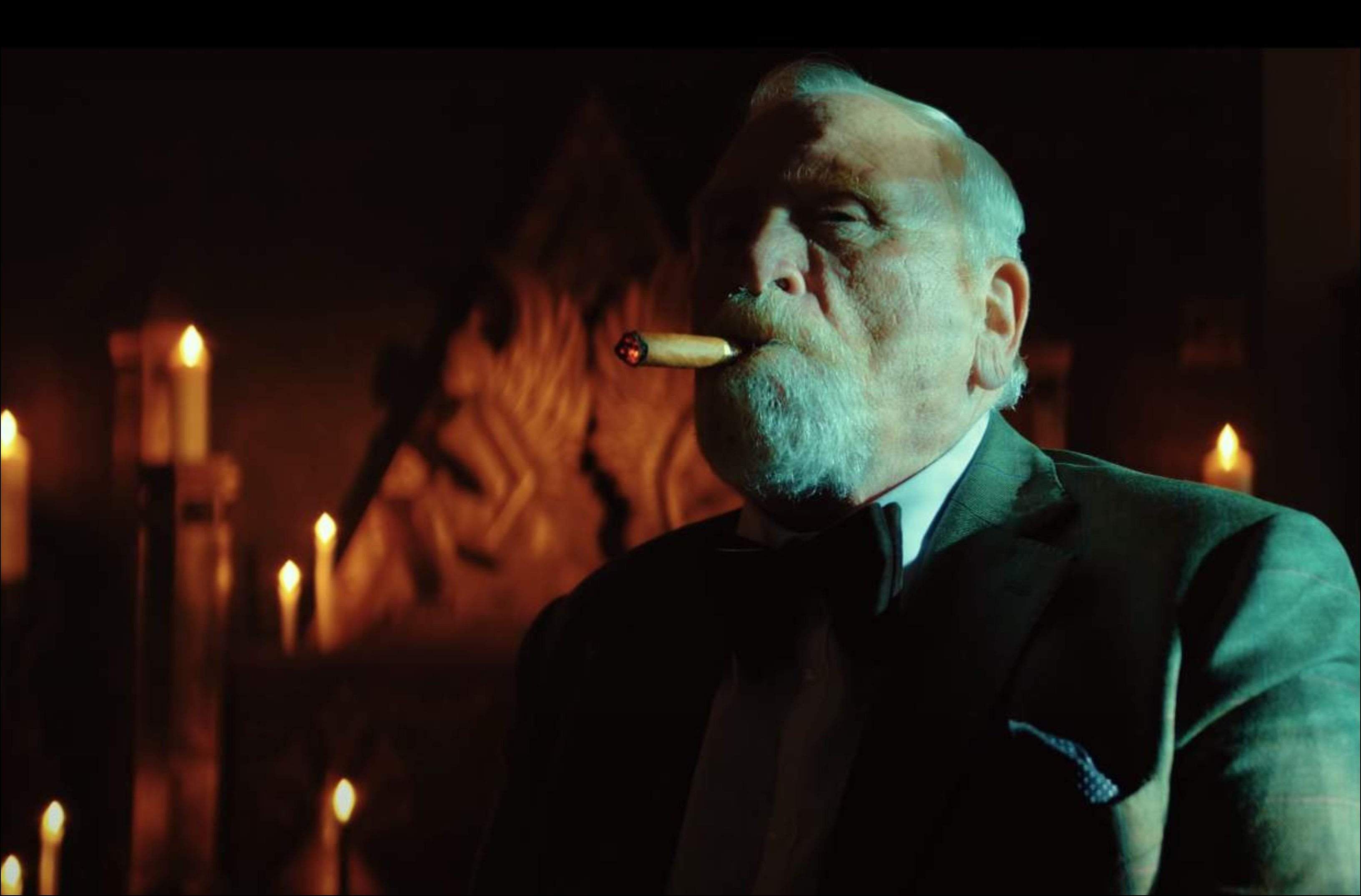 Western actors have often struggled to integrate themselves into our cinema, with their English, in particular, seeming bizarrely suspect. Karthik agrees with this assessment: “I think they modify their English to try and make themselves understood by us. We have avoided that in Jagame Thandhiram. To this end, we brought in a writer from London as well to make sure that Cosmo speaks English as a British man does. I can assure you that the London gangster in this film will look and speak like one.”

This reminds me of Karthik’s affinity for gangsters in his cinema, with films like Jigarthanda, Petta, and now, Jagame Thandhiram, featuring them quite prominently. “I think that’s because I like grey characters—like Pettavelan, for example. When you tell a story through a grey character, the graph becomes more expansive. Jigarthanda worked because of the idea of a stone-cold killer being moved by something as tender as a child’s laugh.”

Over his filmography, Karthik has increasingly shown a tendency to launch explorations into social issues. His first, Pizza, lacked such an angle, but since then, through films like Iraivi, Mercury, and now, Jagame Thandhiram (on evidence of its trailer), his social commentary has gained in strength. “Through Jagame Thandhiram, we discuss many issues like racism, immigrant abuse, and the trauma of the Eelam war.” It’s partly why he deems this film to be his dream project. “During my short film period, I had the freedom to express myself over serious issues. I have always wanted to do this in mainstream cinema but didn't do so in films that did not lend themselves organically to it. I don't want to be one of those filmmakers who utilise an actor for a punchline about a social issue for cheap applause. It has always been my intent to strike a balance between a mainstream commercial film, and socially relevant cinema. I think Jagame Thandhiram is my first attempt at making what I like to call the ‘middleground film’.”

This ‘middleground film’ was originally titled Suruli, after the protagonist played by Dhanush. “Suruli isn’t a cold killer; he is a man of humour too. And this lent itself naturally to Dhanush’s natural sense of humour, and his ability to draw laughs in subtle ways,” says Karthik. “As for the title change, though we called it Suruli, I felt that this film deserved a title with more philosophical underpinnings. That's when I chanced upon one of my favourite Thalaivar songs, ‘Siva Sambo’ (Ninaithaale Inikkum). The phrase ‘Jagame Thandhiram’ seemed perfect for the crux of this film’s story, and others agreed too.” 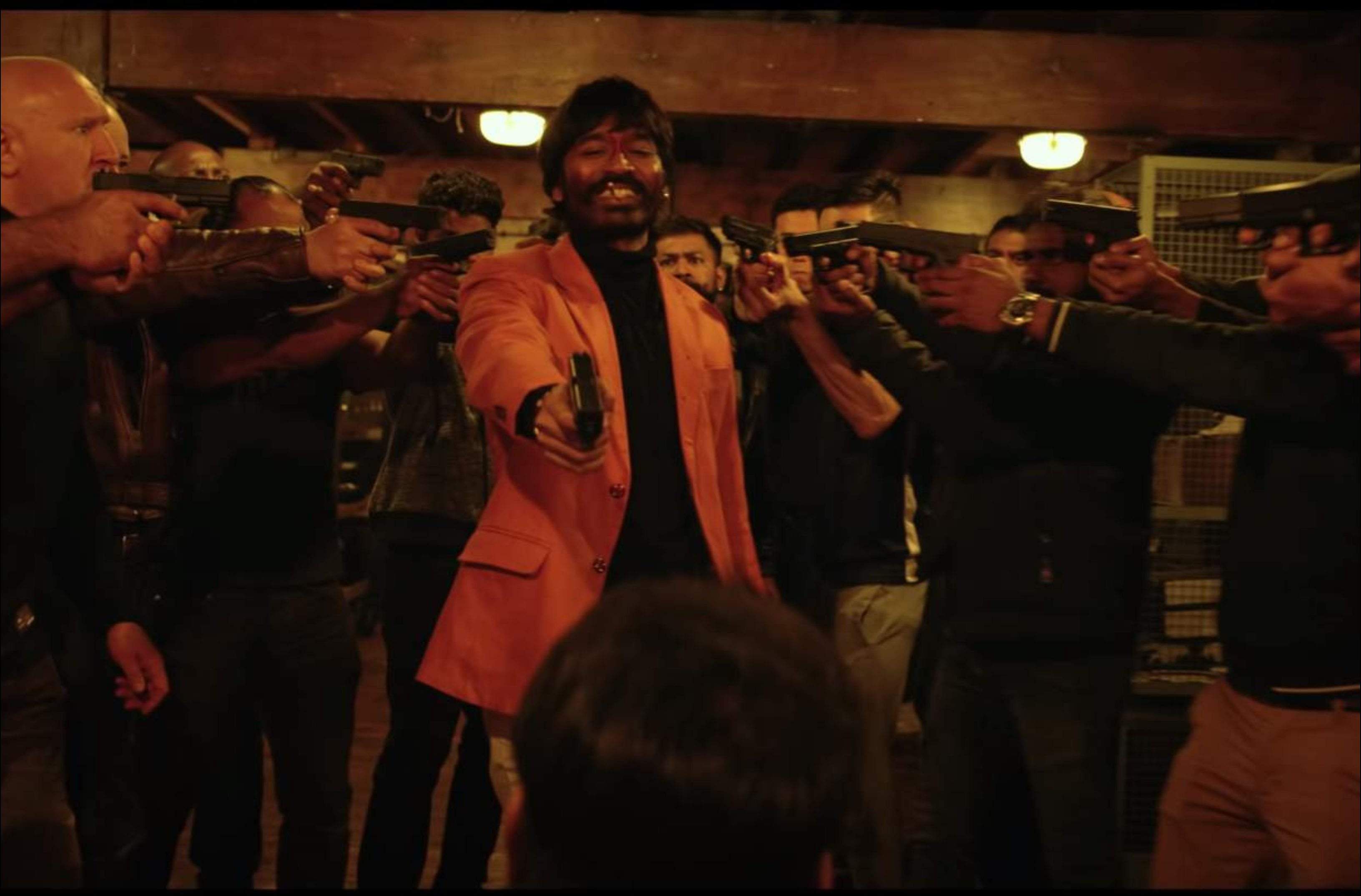 As a final talking point in this pre-release conversation, I speak of the trend of releasing video songs ahead of a film’s release, given that the videos of ‘Bujji’ and ‘Nethu’ from Jagame Thandhiram have been released on YouTube. “This is the first time it is being done for my film,” he acknowledges, and in his refreshingly honest way, frowns upon it. “As a viewer, I remember being disappointed many times when a film I was excited about released footage in advance. With Jagame Thandhiram, I can assure everyone that the video songs that have been released will not feature in this film.” Another filmmaker in this place might have looked to sell the film by drawing attention to the millions of views each of these songs have garnered, or gone with the safe, diplomatic answer: “Wait for the film and find out.” Not Karthik Subbaraj though—and this is why conversations with him, even the promotional pre-release ones, are a breeze.