Shooting a film with limited resources, and during the pandemic, was a learning experience like no other, says the cinematographer

Rishab Shetty-starrer Hero will hold a special place in the hearts of the team since the film was shot last year during the raging COVID-19 pandemic. The 24-member team, including every artiste and technician, had to work in the safest way possible, with the available resources.

For Arvind Kashyap, the director of photography, it was more like a do-it-yourself process on sets, and the entire film was made with jugad. 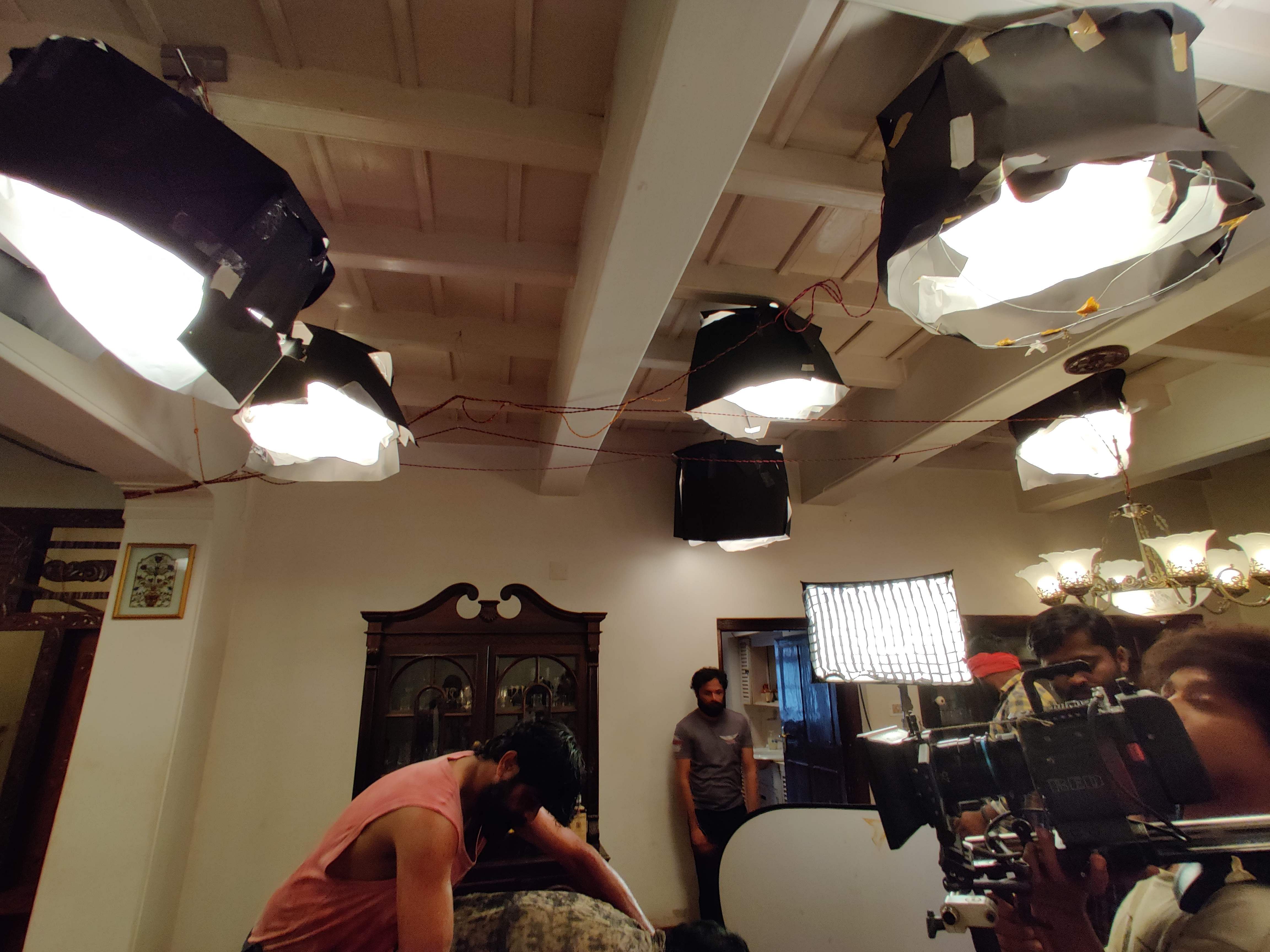 “In a normal scenario, even with a low budget, we would, at least, have the basic things and a proper unit available. However, Hero was made with a handful of cast and crew members,” says Aravind Kashyap.

He, however, adds that the COVID-19 outbreak allowed him to explore, which is something he wouldn’t have been able to do otherwise. He says that it also helped him do things more creatively, at less cost. “In terms of creativity, being simple is elegant, and it looks grand. When everything is available, we tend to overdo things. Due to the scarcity of resources, we were able to get down to the basics; simplicity was all that mattered. When you have a great script and content, you will find a way to get the shot you want, and all you need are a camera and lenses. The situation pushed us to figure out a way to shoot, without the necessary equipment we usually have, and the natural space helped us a lot as well,” he explains. 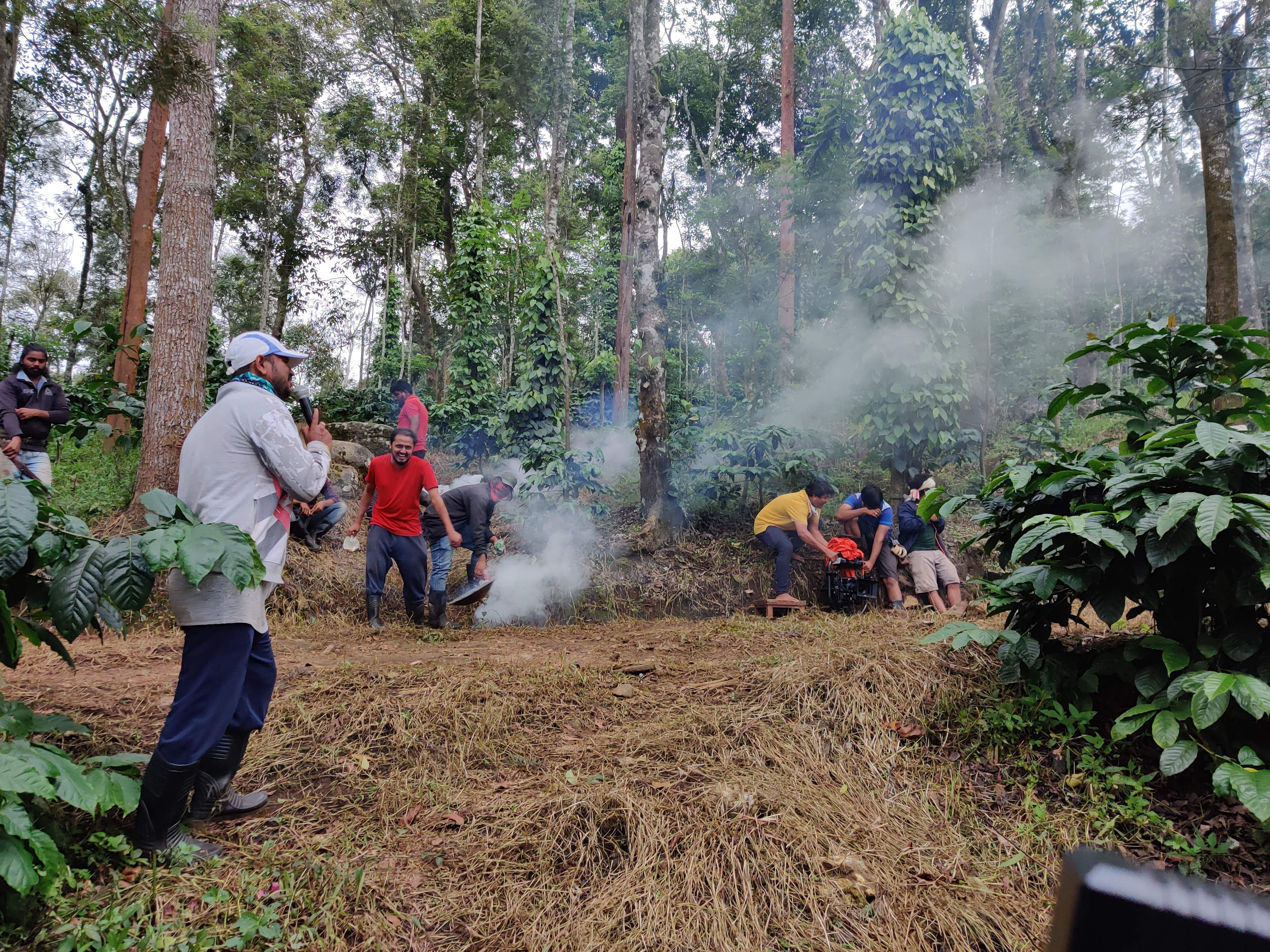 Talking about how he picturised the film, Arvind recalls, “Since we couldn’t get the normal lights and rigs, we ended up decorating the entire house, which measured 10,000 sq ft, with normal bulbs. The entire roof was wired and we would staple the bulbs wherever required.”

Arvind says it was equally interesting to create the smoke, which was necessary to create the ambience of fog or mist. “Since we didn’t have the full team, we ended up taking help from the artistes and whoever was free to take charge of holding a big pan filled with burning coal. In one episode, three people followed a tractor with the pan and coal for almost 2 km. Looking back now, I think we have got better effects and output than we could have managed with a professional team,” reveals Arvind, making a special mention of his colleague, Manu, who, he says, went out of his way to bring the right things in the frame.

“There were some scenes that required rain, but the downpour stopped during the shoot. So we ended up using a machine that is used to water betel nut plants, connected it to a small lake with 200 metres of pipe. It created the effect of rain that worked better than the normal set-up,” he tells us. Arvind, who made his debut with Dayavittu Gamanisi, has earlier worked on films like Lambodara and Bell Bottom. The cinematographer is also working on the Rakshit Shetty-starrer 777 Charlie, and Hostel Hudugaru Bekagidaare, which are yet to be released.

The Kannada film industry gives a lot of opportunity and space to anyone to learn, he points out. “Of all the five films I have shot, there is nothing similar between the projects. Also, there has been no fixed pattern of working, which has helped me explore from movie to movie,” he says.