Hemambar Jasti: My objective was not to win awards

Director Hemambar Jasti on his debut film, C/O Kaadhal, and why he chose to launch his career with the remake of the Telugu hit, C/O Kancharapalem

Director Hemambar Jasti may hail from Vijayawada, but he shares a close association with Chennai, he says. “When I was in school, I used to visit my uncle’s film production office, which is today the location of the preview theatre, Le Magic Lantern. That was my first brush with cinema.” It is also partly the reason why he chose to make his debut in Tamil. “I loved C/O Kancharapalem. When I was asked to remake the film in Tamil, I agreed in a day.”

It wasn’t easy for Hemambar though, being a bit of an outsider to the city. “I had no cast or crew members when I came to Chennai, and yet, I was confident. I was looking for new faces; it was a struggle to find child actors and new actors who are over 40 years of age.” And so, he went around Chennai scouting for actors until he finally found his hero during a flight journey. “Deepan was with his family at the Chennai airport waiting for his luggage. His voice was unique; I began observing him from a distance. I thought he would be perfect to play the role of Palani. When I approached him, he turned it down at first. And then, I had to really convince him to make him agree.” You can see why Hemambar thinks that the lead character of his debut film C/O Kaadhal is a lot like him. Much like Palani, the director shares that he is a patient man too. 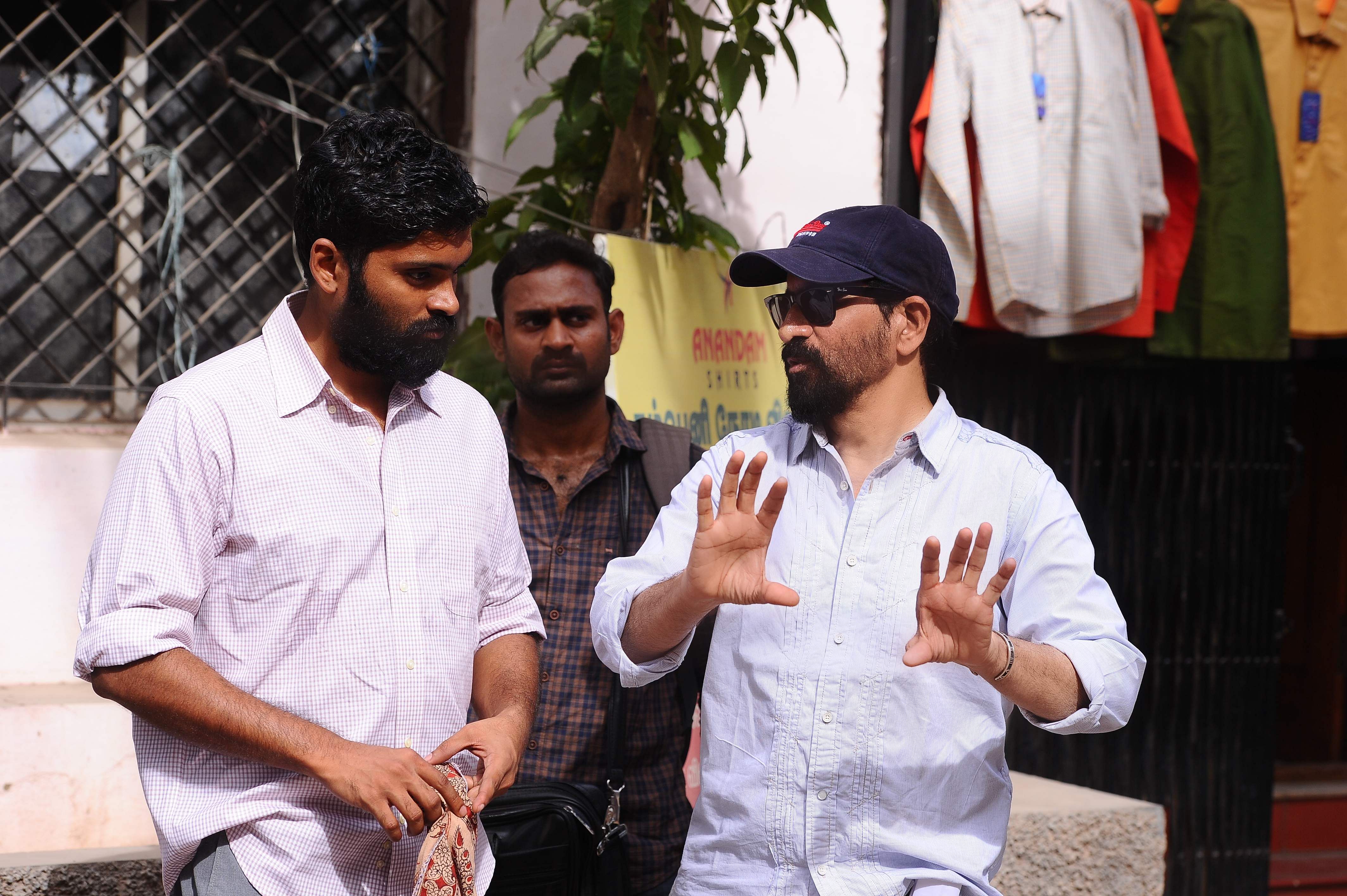 C/O Kaadhal, which opened to good reviews, relies largely on its performances. On extracting such strong performances from a cast full of new actors, Hemambar says, “We held a workshop for about two months. We just had to recreate what we practised during the rehearsals. Everyone knew exactly what to do on the sets.”

While the Telugu film sported a raw and documentary-like tone, C/O Kaadhal looks more mainstream. The director says this was a conscious decision. “I was aware that this is a remake. My objective was not to win awards. So, I deemed it unnecessary to retain the tone of the original film.”

I ask why he chose to remake a fairly popular, hit Telugu film. Hemambar believes that the reach of C/O Kancharapalem is largely restricted to the city dwellers of Tamil Nadu and its cinephiles. “On the other hand, Tamil Nadu’s population is about 7 crores. This wonderful love story needed to be savoured by everyone.”