Actors Anmol Thakeria Dhillon and Jhataleka Malhotra are making their Bollywood debut in Tuesdays & Fridays. The film is about a couple who, unable to commit full-time, decide to date on select days in the week. But love’s rarely that simple (or complex?), and they’re soon forced to make a choice. Releasing on February 19, the romantic comedy is written and directed by Taranveer Singh and produced by Sanjay Leela Bhansali.

Anmol is the son of veteran actor Poonam Dhillon and producer Ashok Thakaria. Despite his background, Anmol says he wasn’t inclined to join the movies from the start. That changed when he developed a film interest in his teens and began training. He workshopped with Anupam Kher and Neeraj Kabi, while auditioning for various films. “It happened quite organically for me,” Anmol says. “I knew I had to face rejections and make it on my own. The only advice my parents gave me was to put in the hard work and be patient.” 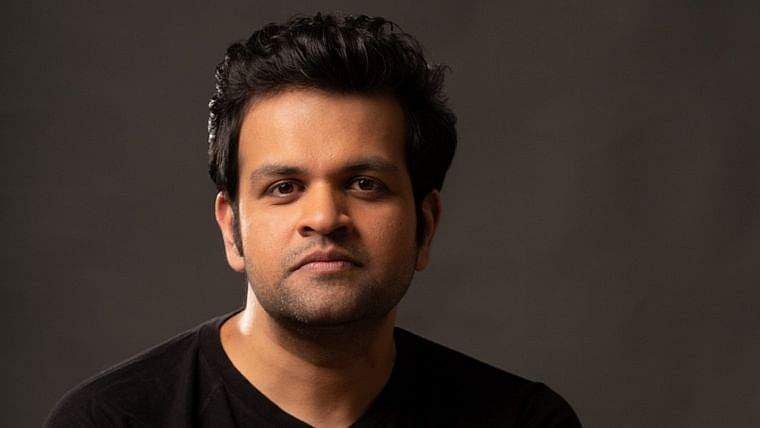 While Anmol was plodding, Jhataleka had already broken out as a model and pageant winner (she was crowned Femina Miss India International in 2014 and also won for Best National Costume). Movies, however, were still a long shot. “It’s assumed that a pageant career makes for a natural foray into acting,” Jhataleka says. “But that wasn't the case. I had to work from scratch and prove myself. There were many rounds of auditions and meetings. At times, my self-confidence would take a dip. It was a challenging process, but I decided to stick it out.”

Asked about her toughest moment on set, Jhataleka says it was the first big dance number they shot. “Though I can dance relatively well, I didn’t know the technicalities involved. To make it worse, I was wearing heels.” Somehow, she managed, and had Anmol backing her up. “We were lucky to take this step hand in hand,” Anmol says. “Not many two actors have the same journey from start to finish, at least on their first film. So it’s been pleasant doing this together.”

The script of Tuesdays & Fridays went through many revisions. Taranveer had previously assisted on Bollywood films like Jhootha Hi Saahi and Karthik Calling Karthik. In 2013, he was working on Ayan Mukherji’s Yeh Jawaani Hai Deewani when he resolved to make his first film. Having grown up on Bollywood and Hollywood romcoms, he wanted to attempt something simple and familiar. “I had loved films like Hum Tum (2004) and Salaam Namaste (2005),” the director shares. “Later on came a phase when no one was making these NRI romcoms anymore. I wanted to revisit that style of filmmaking while adding a bitter pill of reality to it.”

Taranveer agrees Bollywood is yet to embrace the concept of open relationships. The couple in his film is free to see other people on other days. “Just don’t get caught on Tuesdays and Fridays,” Jhataleka warns Anmol in the trailer. Taranveer clarifies it’s only a start, since the film is more about how this individual couple comes together. “It’s about how every relationship needs work and we must all make space for our partners. That’s why I didn’t put the term 'open relationships' in the synopsis. Someday, perhaps, I’ll make a film that deals with the subject more directly.”

“It’s ultimately a choice,” Jhataleka adds. “There are people in open relationships and that’s fine if it works for them.”

The trio confesses they didn’t expect Sanjay Leela Bhansali to back the project. “My film doesn’t have big places and pillars,” Taranveer recalls thinking when he got the call. To their relief, Sanjay was all in, assigning a sizable budget to three newcomers to shoot a film in London. Beyond that, he did not bear down on modern production. “Sanjay sir came to set just for one day,” Taranveer shares. “He stayed for 15 minutes, said the boy and girl are looking good, and left.”