Andrea Jeremiah: Most men don't know how to write for women

The actor, who recently made her OTT debut with the Rajiv Menon-directed short in the Amazon Prime Video anthology, Putham Pudhu Kaalai, talks about her projects, lockdown, and more

This was supposed to be a video interview with Andrea Jeremiah. The technicalities were in place, the set-up was ready, and both of us were facing the camera. Bam! The internet let us down, the interview happened over a phone call instead. These interviews would have happened in person if it were not for the coronavirus. Among other aspects it has changed is how cinema is made and consumed. Amazon Prime Video’s recent offering, Putham Pudhu Kaalai, is Tamil cinema’s attempt to be part of the ‘new normal.’ It also marks Andrea’s debut foray into the world of OTT. “Putham Pudhu Kaalai marked a number of firsts in my career. This is my first anthology. This is my OTT debut. Although I’ve worked with Rajiv Menon for advertisements, this is my first such project with him. The fact that we shot during the lockdown was itself a miracle,“ says the actor, whose generally positive attitude apparently took a hit during the lockdown.

“My life came to a standstill. I couldn’t perform on stage or travel or eat out or even go to the gym. My entire life was dismantled in one blow. After the initial paranoia, I really started taking it up as a challenge. I learned to cook and turned into a pretty good one. Once I started cooking, I set up a little terrace garden to feel connected with the food. I even recorded my long-pending album. There was yoga to satiate my urge for gymming, and a solution for the lack of travel was found on my terrace by just gazing at stars. I discovered life could be so simple and beautiful,” philosophises Andrea. It is interesting that her real-life persona took this lockdown to find the much-needed inner content. Similarly, the actor plays a musician, a drug addict, who benefits from the lockdown in the Rajiv-directed short, Reunion.

“I had to do a lot of homework for the role. There was a month of work behind just three days of shoot,” says Andrea who shares screen space with Carnatic singer-turned-actor Sikkil Gurucharan in the short. For an actor, who has been in the industry for 13 years now, does she adapt her acting style depending on the experience of the actors starring opposite her? “Acting is quite a miraculous job. You don’t know what’s going to happen. Sometimes, the give and take is flawless, and that’s what constitutes chemistry. I guess when working with non-actors, or debut actors, it requires a little bit more give than take. But having said that, Gurucharan, an established Carnatic musician, is not a novice. He brought a very refreshing realness to the whole thing because he doesn’t know how to fake it,” says Andrea, laughing, who reveals how she goes about choosing her scripts.

Andrea and the Master

“Vijay and I never spoke about films on the sets. We had a few good conversations about politics. He told me that Thuppakki was his best film. I found him to be very grounded, and I appreciate that a star of his stature was so down to earth. I have huge respect for him."

“I am quite selfish when it comes to choosing films. I only think of myself, but at times, I choose a film thinking about the audience. One such decision was Master. It was purely for the fans and the audience,” adds Andrea. However, with being so choosy about her projects, does the age-old cliche ‘out of sight, out of mind’ bother her? “I think that the old saying doesn’t apply anymore. I haven’t had a release since Vada Chennai but I don’t think I’ve been out of mind. People are actually looking forward to seeing what I’m doing next.” 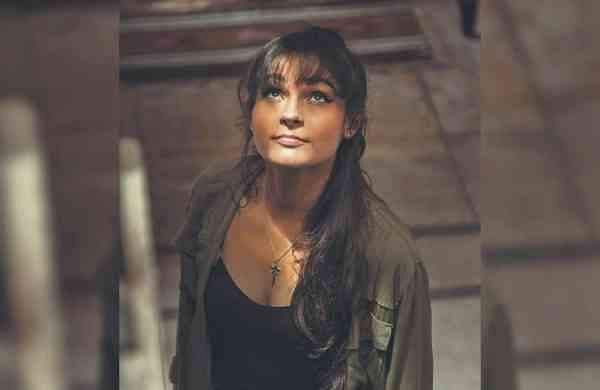 This connection with the audience and fans is something that also helps in validating the actor in her. “After Taramani, many women reached out to say it was like their lives unfolded on screen. That’s what an actor works for… you need validation, and since there is no instant gratification either, this delay makes it all the more gratifying,” says Andrea, whose performance in her last few films (Taramani, Vada Chennai, Aval, Thupparivalan) has made her the toast of critics and audiences alike. Although Andrea firmly believes the writing of women characters is improving, she does agree there is a long way to go.

“Take, for instance, Taramani. I wasn’t on board with the ending. But Ram sir is not just a brilliant writer but is also a feminist at heart. He understood how women are forgiving and let such men back into their lives. But most men don’t know how to write for women, which is why we need more female writers, directors, and producers. The time is right for the influx, especially with OTT in the picture,” feels Andrea, who used the lockdown to tap into her latent creative talent of writing.  “I am writing during this lockdown and hopefully something will come off it. The good thing about lockdown is that it gives us time to introspect and reinvent. While I do want to act, I do want to explore the creative aspects of my mind. I want to explore writing a lot, and I’m pretty sure about it being for the OTT space,” says Andrea, whose next film, Pisaasu 2, directed by Mysskin, will go on floors this November.

“Mysskin is a gifted filmmaker and is an exciting person to work with. The cool thing about this film is that he conceptualised this script keeping in mind the post-lockdown world. Everything is intimate, up close, and personal. It is going to be challenging, and I actually can’t wait to sink my teeth into the role,” signs off Andrea with her characteristic cherubic laughter.