The debutant director speaks about similarities with the original, the reason behind its title, casting, music and more

Harish Kalyan and Priya Bhavani Shankar's upcoming Tamil remake of the Telugu superhit Pelli Choopulu, has been titled Oh Mana Penne. Harish and Priya step into the shoes of Vijay Deverakonda and Ritu Varma, respectively, in the film directed by debutant Kaarthikk Sundar.

About the film’s title, Kaarthikk says, “Pelli Choopulu literally means match-making. The story is about the traditional ritual of the boy meeting the girl. In Tamil, we don’t have a phrase that describes that. We thought something on the lines of ‘Maalai Soodum Velai’, but it wasn’t that trendy. We wanted a youthful title. So, we chose Oh Mana Penne, meaning ‘Oh my bride’. It's quirky and there is a very popular song with the same pronunciation.”

The original film helped Vijay and Ritu springboard into fame, so the casting for the Tamil remake too has caught a lot of attention. “When I thought of these characters, the actors who came to mind were Harish and Priya. Ritu Varma’s character in the original was a bossy one and Vijay Deverakonda played a boy-next-door. Harish and Priya are actors who can pull it off with conviction,” says Kaarthikk.

Tharun Bhascker, the director of Pelli Choopulu, shared the first look of the remake. While comparisons with the original are quite natural, Kaarthikk says, “Pelli Choopulu is very close to my heart. It has a heart and a soul, and I admire that. I didn’t want to disturb that original essence. So without disturbing that or the characterisation, with just a fresh presentation and performances, we’ve tried our best. With actors like Harish and Priya coming in, we had space to explore some new things.” 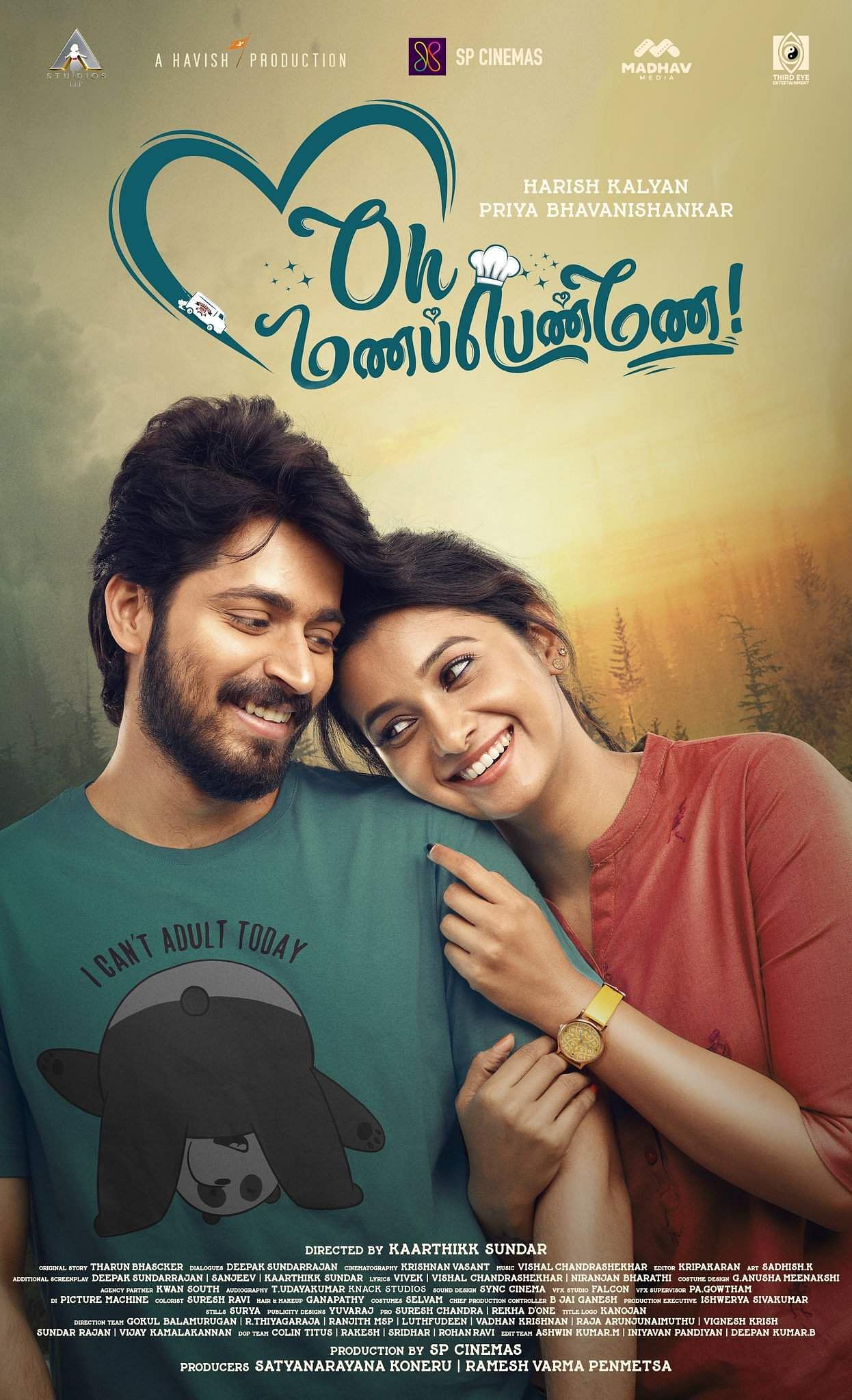 Kaarthikk says the COVID-19 lockdown helped the crew in speeding up post-production, which is now in its final leg. “Luckily, we had finished shooting a week before lockdown. Post-production started immediately and the lockdown only helped us, as we could patiently edit and get it done.”

While there is no clarity on whether the film will be released on theatres or on OTT platforms, the filmmaker says he’s ready for both. “Our current priority is to get the best quality of output ready.”

Vishal Chandrasekar has provided the film’s music, which Kaarthikk says plays a vital role. “The USP of this album is that it has the full spectrum in terms of genre. There are six tracks – four songs and two themes.”

Oh Mana Penne has cinematography by Krishnan Vasant, with dialogues by Deepak Sundarrajan and editing by Kripikaran. The film is produced by A Studios and A Havish Productions. SP Cinemas is the executive producer of this romcom.