State of Siege: 26/11 director Matthew Leutwyler: I was pretty demanding on set

The director of the ZEE5 show chats about action filmmaking, working with an Indian cast and crew, the political backdrop of the series, and his favourite films from the country

ZEE5’s State of Siege: 26/11 recreates the tension and terror of the 2008 Mumbai attacks. The show, streaming since March 20, follows a team of National Security Guard (NSG) commandos as they are flown in to neutralise the attacks. The 8-episode series was created by Abhimanyu Singh and helmed by American director Matthew Leutwyler.

Leutwyler started his career with the low-budget black comedy Roadkill (1999). He has since directed films like Dead & Breakfast, The River Why, Answers to Nothing, and Uncanny.

State of Siege is Matthew’s first venture in India. Over email, the director chatted with us about action filmmaking, working with an Indian cast and crew, the political backdrop of the ZEE5 show, and his favourite films from the country. 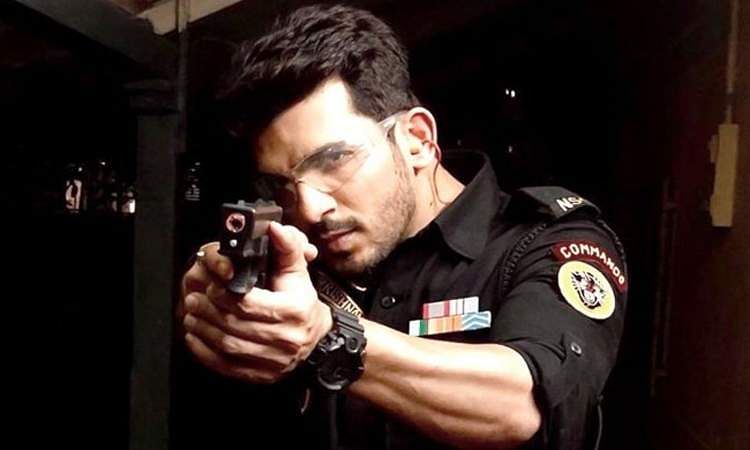 What are your memories of hearing about the 26/11 Mumbai attacks?

My memories of the incident are probably not unlike that of most of the outside world. I watched much of the horror unfold on TV, but I did not have any personal connections to Mumbai. I did not know anyone living there or visiting at the time. It just made me feel terrible for the people of India. But then, as you absorb the enormity of it all, you begin to just feel bad for the world as a whole.

International politics have also been a keen interest of mine and as my filmmaking career has progressed, I seem to be more drawn to real-life stories. Also, I spend a lot of time in East Africa with a charity that I founded there that provides education and healthcare for children who have become orphans due to various forms of terrorism and violence, so I am acutely aware and interested in exploring these subjects.

The series is based on journalist Sandeep Unnithan’s book. Did you have to do additional research?

I did extensive research and was also guided by Col Sundeep Sen throughout much of the production. A partnership that I can honestly say will have a profound effect on my life going forward. Production was very smart in bringing him on board as our technical advisor. I found myself leaning on him initially to keep us all honest about how we were portraying the NSG tactics, but he became a necessary calming force for me in a very difficult shoot.

How was the experience of working with an Indian cast and crew?

I will not say it was without its challenges. I was probably a bit harder on them than many expected or maybe we're used to. But I take my job pretty seriously, especially when telling a story of such importance. I mean, it's a tremendous responsibility to helm a story about these real people who sacrificed so much and especially to honour the legacy of the people who died. I think some crew and cast were a bit jarred by the first couple of weeks when I would be pretty demanding about being prepared and disciplined on set.

Was it really that bad?

There were others who also seemed to appreciate it. Our first ADs (Hitesh Singhal and Anuj Gera) were excellent — as good and as knowledgeable as any I have worked with. And this was a very complex and emotionally draining shoot. Also, due to the rush to get the show completed by an extremely ambitious deadline, there was a lot of re-writing on set, which I am not used to. But that was another area where my team came through and frankly, it would have been impossible to pull off without both Karan Mirchandani and Manya Mirchandani (not related by the way). The hours they put in were insane. I’m sure they never want to see me again.

And obviously, having my DOP Richard Henkels was a huge asset, especially in the early stages as I was trying to get comfortable in this new working environment. He understood my vision right away and was up to every challenge that I threw his way.

The show also comments on the political situation at the time.

It does a fair amount, though I would have liked to explore it a bit more — but these are decisions that one can go back and forth on forever. I know when producer Abhimanyu Singh brought me in, it was very important to him to find the proper balance of political backstory and recreating the intensity of the attacks in real time. Hopefully, we did right by him.

Which was the most difficult sequence to shoot in the series?

The battle in the industrial kitchen was a reimagining of the actual final shootout in the Taj Hotel. We definitely took some liberties there, but with the guidance of Col Sen, I think we captured the spirit of the NSG’s final assault. We shot it over four gruelling days — many of them over 20 hours. I think the last one was over 24 hours. The set was not completed and so we had to shoot the beats out of order which made it difficult to keep the logic straight of each 'kill' and where everyone was in the large space. I kept a diagram on my laptop to keep it all straight as the pieces kept getting moved around.

But to be honest, there were many difficult scenes to shoot on this project. The show was besieged by many challenges — the monsoon season being much longer than usual, the script revisions, last-minute changes of locations, oh and I caught dengue fever putting me in the hospital for a week.

What is the biggest challenge of shooting realistic military action?

Safety. And overall coordination. The designing of the sequences is the fun part. The easy part. But then managing the stunts, squibs, pyrotechnics, actors, and the DOPs team in order to coordinate and capture the detail that really tells the story... well that’s the trick, isn’t it?

Your favourite Indian films of all time?

Oh boy. This is going to make me look bad. I am sadly not that well versed in Indian cinema. But don’t worry, I will not say Slumdog Millionaire (though I did like it). Being western, I am very familiar and a fan of Mira Nair’s work. But purely Indian production is probably Dangal, which I thought was very well done and beautifully shot. Also, I recently watched the series Delhi Crime and thought it was very good. Especially the lead actress Shefali Shah — terrific. And now that I’m in quarantine, I’ve been watching Gully Boy which is wonderfully directed by Zoya Akhtar, whose previous work I will now have to catch up on.