Penguin cinematographer Kharthik Palani: No recent Tamil film has as many wide shots

The cinematographer discusses his debut project, the Keerthy Suresh-starrer Penguin, in a freewheeling chat

While Keerthy Suresh’s Penguin has met with a fair share of criticism, among those to come out unscathed are Keerthy Suresh, and the cinematographer of the film, Kharthik Palani, for whom this is his debut project. "I had assisted Tirru sir for Petta and Mercury earlier, so since Penguin is by Stone Bench Productions (owned by Karthik Subbaraj), I was well-known to the unit already, and we were all in sync," says Kharthik, who has been an assistant in projects like Aakrosh, Tezz, Krrish 3, Bharat Ane Nenu, and 24, and has done commercials in Mumbai. "Working with Tirru sir was a great learning curve." 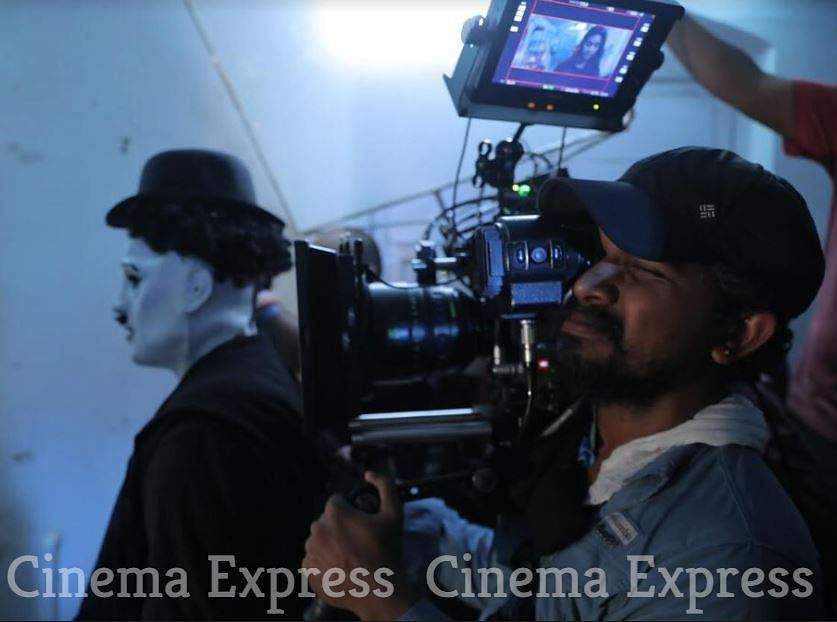 Kharthik shares that he has been receiving appreciation for his work in Penguin. "What makes me even happier is that whatever we tried to communicate visually, has been understood by the masses," says the cinematographer, who goes on to talk about the laborious process the team undertook before shooting went underway. "Prep work alone took more than three months. A film like Penguin requires that the whole team be in sync. It’s a film that demands that everyone from the art director to the costume designer discuss intricacies in detail."

The fairly limited time allotted to the shooting meant that the team couldn’t afford to go wrong with the planning. “We went to locations a month in advance to plan shots. We also realised that since the film was taking place on a hillstation, logistics wouldn’t be easy. The climate too was unpredictable. We shot in the monsoon months and while the indoor shots were easy, the outdoors—where most of the film was shot—were anything but. The moment we would place a camera outside, it would begin raining. But thankfully, even the wet ground and the chill weather added to the mood." 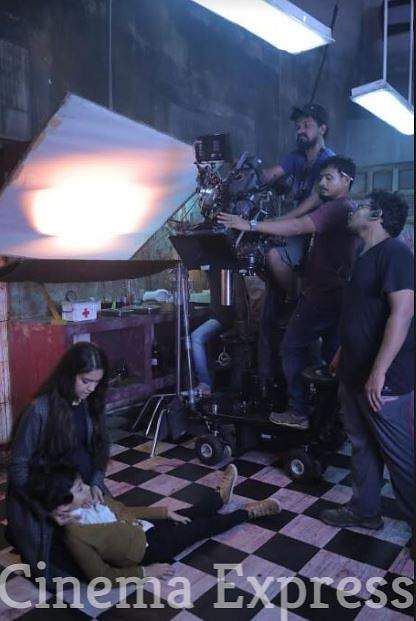 Khartik talks about how the story lent itself to his style of cinematography in this film. Motherhood, he identifies, is the underlying emotion of the film. "We kept this in mind when deciding the colour palette. The flashback which showed a happy family is warmly lit. The present events bring you a feeling of coldness, like the relationship between the mother and the estranged son," says Kharthik, who went blue as the definitive colour for this film. "The costumes too were from the same colour family. The antagonist, however, is associated with shades of yellow—like the yellow umbrella. Considering how the kid is always frightened, we got his clothes done in burgundy." Kharthik also experimented with camera angles. "I don't think any recent Tamil film has had as many wide shots. Not only was this done to complement the location but also to communicate psychologically the lost mood of the character. Though she is present among people, she feels a sense of distance; so even the close-ups are framed to show a lot of background."

Kharthik shares that he would have altered his work, had this film been confirmed for a theatre release. “The mood and psychology would not change, but the levels and values of lighting and colour would be different. The density and throw of a theatre is different when compared to phones, laptop and TV which are backlit." It was a last-minute move to have this film get released on Prime Video. “The colour palette and working grammar are different for both mediums. We graded this film in a studio in Bombay, and the brightness, contrast and amount of saturation were originally done keeping a theatrical release in mind." It was when the team had almost finalised the work that they got the news about Prime Video’s acquisition. "Thankfully though, since films get an OTT version anyway, we had done two different outputs—one for theatre, and the other for television. I was in Tamil Nadu when we heard the news, and the studio was locked in a quarantined zone." The team had to acquire special permission to shift the work to Chennai. "Once we moved here, we had to readjust the values and a lot of work went in again. I have to thank the colourists and technicians for pulling it off. I would have loved to see the film in the theatres, but given the situation, I am quite delighted with the reach the film has got."